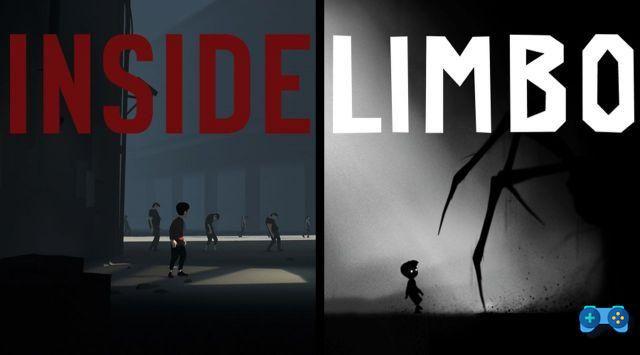 A combo of masterpieces!

The Danish independent developer Playdead made his debut in 2010 by releasing the inspired and melancholy 2D puzzle-platformer, Limbo. Six years later the software house returned to the gaming scene with the spiritual successor of Limbo or, Inside. The exit on Nintendo Switch of both titles surprised us. Although the two games may not be very recent, thanks to a simple and timeless design they really seem to fit perfectly on the hybrid of the great N.

Limbo was released on virtually every platform imaginable, and there isn't much to add. It's arguably one of the best 2D side-scrolling platformers the human mind could conceive and without it, nothing of Inside would have been realized. In fact, Inside takes everything that made Limbo a successful title but expanding it further. The camera follows us and moves seamlessly in and out, finely adjusting its angle to offer the best possible view of what is happening on the screen at that precise moment.

Both Inside and Limbo are very similar games. We find ourselves in the shoes of a silent and nameless male protagonist, which moves in perfect platform style, from the left side of the screen to the right. Our "mission" is to get to the end safe and sound but it will not be easy at all, between obstacles, traps, enemies and environmental puzzles to solve.


Neither game features dialogue or explanations on what is happening which also includes solving the puzzles leading us to live two silent and dreamlike experiences from beginning to end. You will be alone and it will be up to you to understand both the brilliant game plot (a sort of "fairy tale" with a precise moral for Limbo, more sci-fi and probably still very current for Inside) and how to solve the puzzles, nothing impossible is clear but you will find yourself dying often, sometimes in horrible ways, as you try to extricate yourself from the two game worlds. Fortunately, they both feature a fast reloading checkpoint system, so you will never have the feeling that the gameplay stops with the death of our protagonist and much less will you feel a sense of frustration due to the inevitable game over.

A simple but inspired style

Both Limbo and Inside are visually simple, Limbo is characterized by the skilful use of black and white colors which together with the grain of the film and the minimal ambient sounds, create an atmosphere that perfectly highlights the dark gaming experience proposed in a sort of alternation between light and shadow. In Inside the choice was different, in fact Playdead opted for a touch of color, but the color that is there is nothing more than the perfect contrast with the looming darkness that surrounds all the game scenarios through which we will be forced to venture.

Play them on the road!

If you have never played Limbo or Inside, and are happy Switch owners, the purchase of the two titles is almost obligatory. They can be played in both docked and portable modes. The simple controls are well suited to the use of Joy-Con, the use of which is easy and comfortable since neither of the two games requires a particular sensitivity of the controls or lightning reflections.


Playing in portable mode on the Switch wherever we are is now the feature that makes the Nintendo console unique. The small 6,2-inch screen makes it a little harder to see what we're doing or what we're heading towards and the camera in Inside compared to Limbo being set slightly further back makes the characters quite small and sometimes difficult to follow. The darkness that characterizes Limbo in turn can make the game just as difficult to play in handheld mode if the ambient lighting is too high. However, we are talking about minor issues and in general both games are great to play, perhaps with a nice pair of headphones that will make the gaming experience even more immersive.

Limbo and Inside are two little jewels. The only "real problem" is that both titles have been out for some time and no one adds anything new in the Switch version. If you have already stripped them well, there is therefore no valid reason that can push you to buy again Limbo (€ 9,99) and Inside (€ 19,99) unless you want to play them "on the road", but the replayability of both titles is quite limited, Inside, however, has a secret ending that could be the only one valid reason to replay it even if it does not add anything special in terms of plot. If you missed one or both titles, however, the Nintendo Switch versions are certainly the most versatile to play. 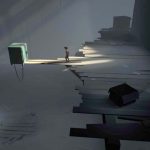 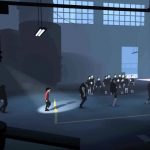 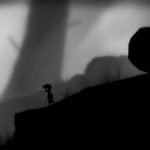 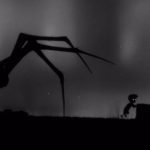 Limbo / Inside
8.6 / 10 Soultricks.com
Available on Switch
For

- As demanding as required

- If you've already played them, there's nothing new in this Switch port

Summary
Limbo e Inside they are two little jewels. The only "real problem" is that both titles have been out for some time and neither is adding anything new in the Switch version. If you have already stripped them well, there is therefore no valid reason that could push you to buy Limbo (€ 9,99) and Inside (€ 19,99) again unless you want to play them "on the road", but the replayability of both titles is quite low, but Inside has a secret ending that could be the only valid reason to replay it even if it doesn't add anything special in terms of plot. If you missed one or both titles, however, the Nintendo Switch versions are certainly the most versatile to play.
gameplay
Graphics
Sonoro
Longevity
Final judgement
Motorsport Manager will have Steam support ❯

add a comment of Limbo / Inside, Nintendo Switch review