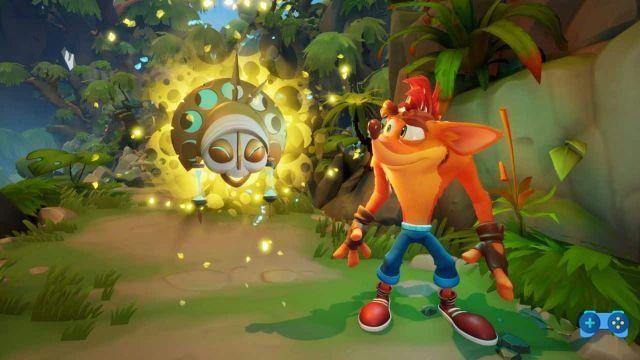 As we now know, the highly anticipated new title on the most famous marsupial of video games is coming next 2 October on PlayStation 4 and Xbox One. In fact, after months of rumors and leaks, and the success of the reissues of the first chapters, the return of Crash was announced in June. Now the development team is ready to launch a demo for Crash Bandicoot 4!

Throughout the summer there has been quite a few news on the new chapter of the historic Sony mascot. We could admire several video gameplay and find out the main features of the title. From this information it is clear that the game is in continuity with the most successful episodes of the series. Some information has also arrived regarding the difficulty of some levels and the number of worlds that will make up the game experience, apparently very substantial.

For all those who can't wait to get their hands on Crash Bandicoot 4: It's About Time, the developers of Toys For Bob have announced the release of a demo, in just over a week. The development team has already worked on the Spyro Reignited Trilogy and porting the N-Sane Trilogy to the Switch. Using the orange marsupial's official Twitter account, it was announced that the September 16th a little taste of the new chapter will come. In fact all the players they have made the pre-order will be able to download the demo!

Can't wait until October 2nd? Pre-order the game digitally and get access to the # Crash4 Demo, available September 16.? https://t.co/cmaigiEWRq pic.twitter.com/A9QayoXRlT

- Crash Bandicoot (@CrashBandicoot) September 8, 2020
Do you want to complete all the achievements and trophies and know all the tricks, guides and secrets for your video games? SoulTricks.com is a group of video game fans who want to share the best tricks, secrets, guides and tips. We offer the best content to be a source of useful information, so here you can find guides, tricks, secrets and tips so you can enjoy your games to the fullest. Are you ready to get all the achievements of that game that you resist so much? Enter and enjoy your favorite video game to the fullest!
RTX 3070, 3080 and 3090 vs RX 6800, 6800 XT and 6900 XT: specifications compared and which one to choose ❯

Add a comment from Crash Bandicoot 4: It's About Time - a demo coming soon