Best free fantasy football apps. For the new generations of fantasy footballers it is absolutely obvious to turn to the web both to look for information and useful advice to build a winning team, and to manage the game through a platform or an app and also to participate in prize competitions related to fantasy football.

It is less obvious for the more mature fantasy footballers who have grown up with this game for over twenty years, and who, used to getting information in the newspapers, find themselves having to compete with the new super-technological generations. 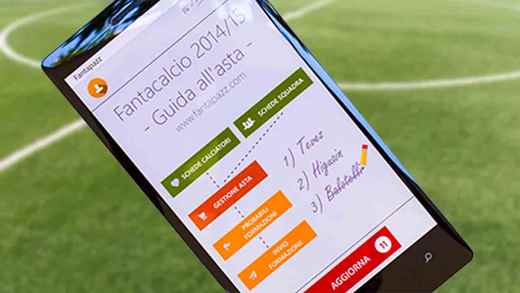 That's why in this guide we want to offer a rundown of the best free fantasy football apps also considering the websites to manage, play or to inquire.

We will talk about the Apps that serve a manage a private league, App to get advice, information of the roses e App to participate in prize competitions organized by the major newspapers.

As said today it is possible to use App to manage fantasy football leagues between friends with considerable advantages both in terms of time and in minimizing the margin of error. Let's see what are the apps to focus on. 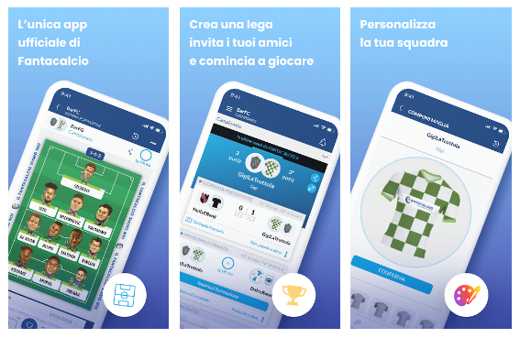 The most famous is Fantasy football leagues. This app is part of the site Fantacalcio.com. Before buying the eponymous brand last year it was called Fantagazzetta.com. To play you need to register or have a Fantacalcio.com account.

The feature of the Leagues Fantagazzetta app, available for Android and iOS, is the ability to play in all game types and modes. You can play with the sistema a Budget, in which every fantasy coach is free to make his own squad without constraints and to have players in common with others; or with theit which can be set to Closed envelope or with ebay technique. On this topic I suggest you take a look at this article: How the fantasy football auction takes place.


Another feature is the wide choice of tournament types such as: Standings general, Direct confrontations, Formula 1, Cup.

The force Fantasy Football Leagues is also the very wide possibility to customize the options by the administrators with bonuses and modifiers of all types (for example the Defense Modifier) ​​until the novelty of this year: the Quality Assist that is, the possibility of assigning a bonus of 1,5 instead of 1 for particularly important Assists.

Another almost exclusive feature is that of being able to play as well as in the "classical"Also with the version"Mantra”, A very sophisticated new type of fantasy football for experts that has been gaining ground in recent years. This mode not only provides for the division of the players into Defenders, Midfielders and Forwards like the classic system, but in a series of sub-categories and roles to bring it very close to real football.

Finally, the real fun feature of this game is to follow the progress of your team with the live fantasy girl votes which change immediately upon the occurrence of events that occur during the game. The only flaw is the impossibility of having other sources for the votes except for those of the Fantacalcio editorial team. 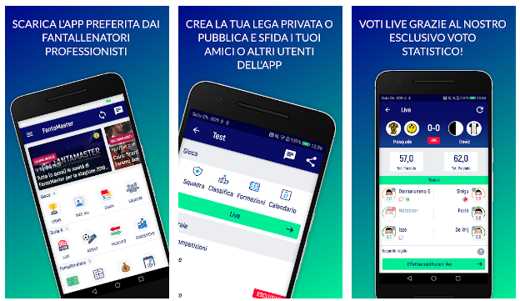 FantaMaster is another of the best free fantasy football apps, compatible on both iOS and Android. Unlike the previous one which is more management oriented, this app also has a session for probable lineups, news, advice, votes and more.

Clearly this being a little more generalist and goes a little to erode the specificity in the management resulting in less detailed than the previous one. However, it is complete with all the basic functions to easily manage a league in an automated way by having the menu to set the team and view the squad; consult the ranking; view the squads of the opponents; the market; and the section released. 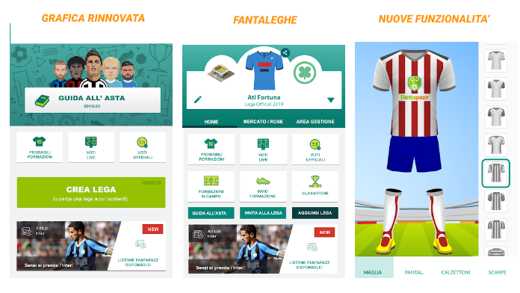 Among the best apps to manage leagues we can include Fantapazz. This too, like the previous one, presents the session with the information in addition to the management part for private leagues and is compatible with both Android and iOS.

In addition to all the basic functions, the real peculiarity of Fantapazz is the possibility of organizing the auction in a live way and not only with closed envelopes. Once the auction has been launched, there will be a screen with a table at which the various league presidents are virtually "seated" from which it is possible to start calling and relaunch the various players with an instant messaging function, which you can recall by tapping on the button Chat. 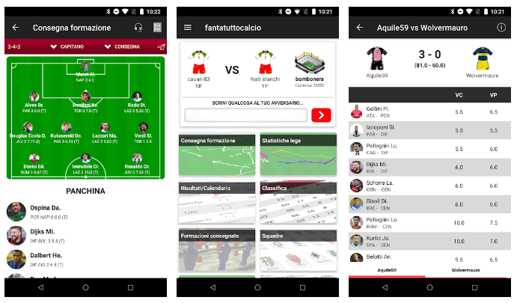 The app is also widely used Fantaclub whose characteristic is to be totally free of advertising (at least so it seems). It offers a live auction and votes in real time, but compared to Fantasy Football you have the possibility to customize the source of the votes and decide whether to use the editorial staff of Naples, Rome, Milan, Turin. Statistical ratings are derived from particular algorithms, and you can customize which sources to use for statistics.

Other important elements are: that of being able to graduate the vote to the official reserve based on the minutes played and personalize the roles. In the app you can also try your hand at the Champions League for lovers of international footballers. You can also manage private leagues even on occasions of major international competitions such as Europeans and World Cups.

You want to take home a car, a moped or a smart TV. Then you absolutely must participate in the prize competitions run by the major newspapers. Let's see what they are. 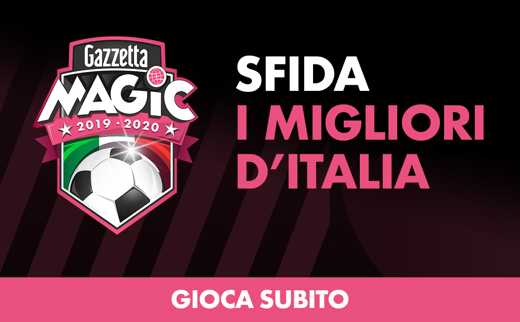 The Fantasy Football par excellence and tradition is the one on the website of the Journal of Sport in the section Magic Championship (Magic Journal). Even if it renounced the brand "Fantasy Football”Is the reference fantasy football for thousands of subscribers.

Unfortunately it is not a free game but on the other hand the prizes are of great value, you can play by purchasing the credits from time to time to be used at will to register new teams or manage existing ones or buy a subscription to manage a single team for the entire season (€ 19,99) or to manage 3 teams for the entire season (€ 49,99). The rankings range from the monthly ones (new this year) to the general one, in addition to the day prizes and the Cup Gazette. The prizes are also very rich: Jaguar, Renault, Smart TV, Electric bikes, video games, drones and many consolation prizes.

You can also manage private leagues and unfortunately even here for a fee. 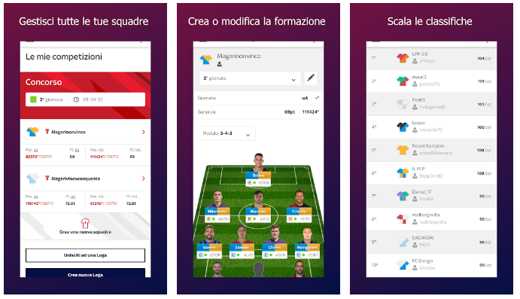 In the free contests category we have the Sky super shield, also available for Android and iOS. You don't need to be a Sky subscriber but you need an account. With each account you can manage 3 teams, compete for the best of the day and for the general classification. Rewards range from Amazon vouchers to travel vouchers.

Also in this platform you can join private leagues to have fun with friends. The negative feature is the possibility of having unlimited market changes every day that allow you to totally change the team every week, making the game not close to traditional fantasy football.

Other fantasy football sites with prizes

Two other absolutely similar free fantasy footballs are the Mister Calcio of the Corriere dello Sport e TuttoSport League of the newspaper Tuttosport. The prizes are good enough to be free contests, ranging from travel to the Maldives to food and wine excellences to Amazon coupons or digital subscriptions to the two newspapers.

The negative characteristic that distances him from the tastes of fantasy football purists is that of being able to change squad every week without market and budget constraints and being able to choose any Serie A footballer without having to make calculations or make ends meet. Both competitions can only be used from a computer via a browser.

3. App for tips on fantasy football

Getting advice on lineups, player news and market movements is important for both fantasy football newbies and super experts. Here are the best apps. 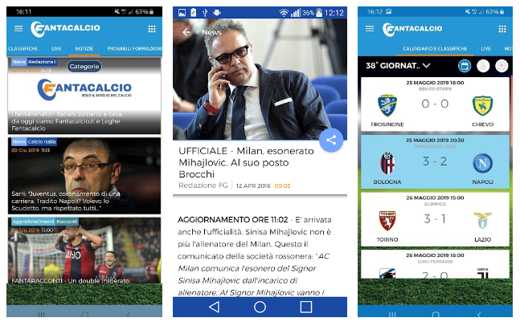 The most popular app is Fantasy Football (until last year Fantagazzetta) is absolutely the most widespread and well-known tool for every fantasy football fan, it can be accessed from a browser or via app (Android / iOS). There is a lot of information: from probable formations to news almost in real time regarding injuries, official formations or votes in real time, which make it look almost like a newspaper. In addition, from the browser version you can download football quotes in Excel format to be able to study them even offline or print them for pen and paper lovers.

There is no fantasy coach who does not open it at least dozens of times near the delivery of the weekly team also because the probable formations are updated almost in real time with a lot of ownership probability percentages. Absolutely complete with the sessions dedicated to the fantasy football players list with: Unavailable, Called up, Tips, Penalty takers, Votes, Scoreboards, Assist analysis, Quotes, Statistics 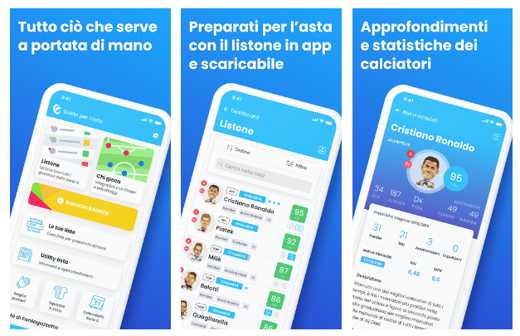 Another absolutely essential tool especially during the summer study period or in preparation for the auction is the Perfect auction guide (Android / iOS). This App is also part of the Fantacalcio stable. It is an absolutely complete app, with a session for each Serie A team in which in addition to the canonical "probable formation", there is also an analytical description of how each team plays with evidence of the tactical characteristics of the coach. The real feature is the analytical sheet of all the players in the squad of each team, placed in order of attractiveness with a particular index that takes into account ownership and the ability to bring bonuses.

The beauty of this app is also the continuous updating that from time to time, based on the market events, updates the values ​​of each individual player by giving continuous information to the fantasy coaches. 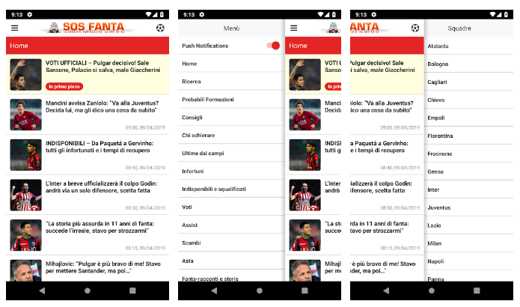 The alerts that arrive on your smartphone regarding news on team formations are very welcome.

I close this article by leaving you another guide with the best football apps where you will find interesting information on news from Serie A teams, live matches and much more.