Back 2 The Past - Bugs Bunny Lost in Time 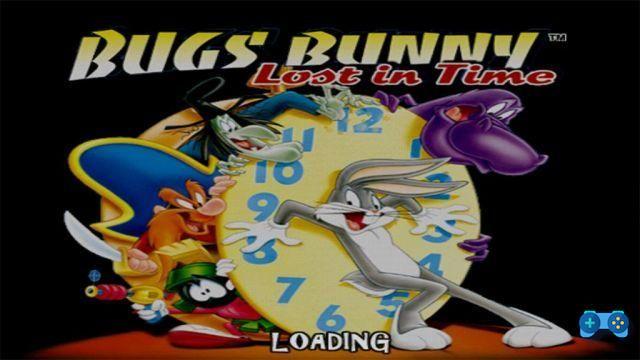 What's up my friend?

Bugs Bunny: Lost in Time is a platform game published by Infogrames and developed by the Canadian software house Behavior Interactive.

The game was released in Europe in 1999 on Windows PC and PlayStation. This title will see us take on the role of Bugs Bunny, as he meets the most famous characters of the Looney Tunes. 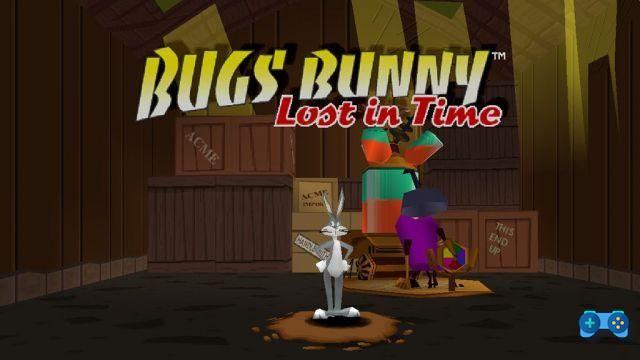 Once upon a time

The plot of Bugs Bunny: Lost in Time sees the usual crafty rabbit looking for a bit of rest, the goal is Pismo Beach. During his wanderings through the numerous underground tunnels, he takes a wrong turn and finds himself in a place called "Epocatore". Here the rabbit finds a bizarre machine and, mistaking it for a carrot juice dispenser, starts it, he immediately discovers that it is not what he thought, in fact he is catapulted "Nowhere", a place outside the logic of time.

Here, lucky Bugs meets Wizard Merlin, who explains to him how to get back to the starting point. The rabbit will have to travel through time and collect alarm clocks that will gradually allow him to open a passage and return to normalcy and his longed-for vacation.

The objective of Bugs Bunny: Lost in Time is quite simple, you will have to guide the cheerful bunny through five different historical eras to collect alarm clocks and golden carrots.

As always, theory is one thing, practice is another, in fact Bugs will have to face levels full of obstacles, puzzles and games of skill. Our long-eared hero will also be able to interact with different elements within the various levels, he can kick them, throw them or collect them, while others, such as torches and baseball bats have a limited duration in time, once finished, you can find the object in question in the place of origin.

Our beloved gray rabbit has 3 carrots at his disposal (as a life meter), when you are injured he loses half of them (in some cases even a whole one). Losing all the carrots means making Bugs die, in which case it will start from the beginning of the level or the last checkpoint, the latter are depicted with the emblematic hat of Merlin. It is possible to restore energy by stocking up on carrots, collecting the precious vegetable is also useful to get to the coveted golden carrot, obtainable only after taking 99 carrots. 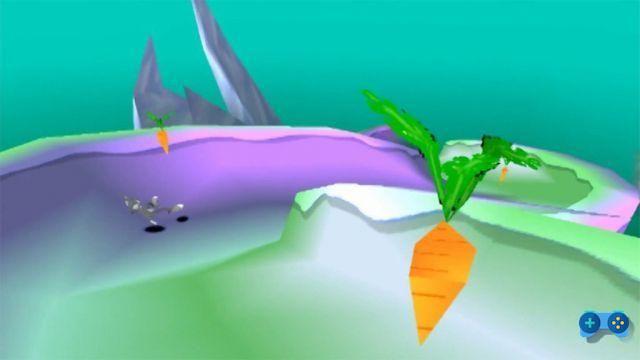 Dear Bugs could never accomplish this feat relying only on his strength, despite having accomplished several arduous feats in the past.

The skills that our gray rabbit will learn are 4, these skills can be learned by going to Merlin Wizard (present in 3 levels of the Medieval world). This mechanism will take you back to the old levels to complete them 100%, greatly increasing the longevity of the title.


The Skills are as follows:

Bugs Bunny: Lost in Time obviously includes many of the Looney Tunes characters that brightened our days as children. Within the game we will come across:

As already mentioned, the game takes place in five different historical periods, within each of them our rabbit will have to face some nice characters of the Looney Tunes. The levels are divided as follows: 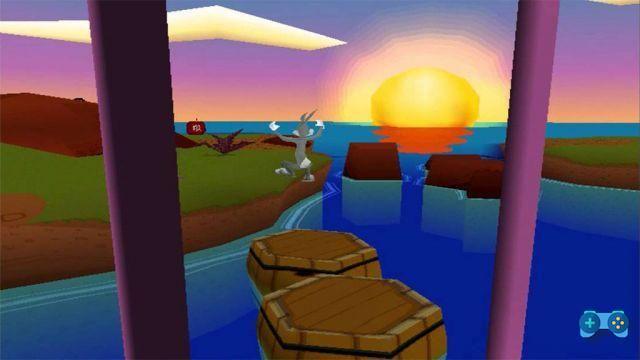 The game has received considerable acclaim from critics and gamers, so much so as to lead the developers to create a sequel: Bugs Bunny and Taz traveling through time, in this fun sequel our rabbit is accompanied by the irascible Tasmanian Devil Taz.

Do you want to complete all the achievements and trophies and know all the tricks, guides and secrets for your video games? SoulTricks.com is a group of video game fans who want to share the best tricks, secrets, guides and tips. We offer the best content to be a source of useful information, so here you can find guides, tricks, secrets and tips so you can enjoy your games to the fullest. Are you ready to get all the achievements of that game that you resist so much? Enter and enjoy your favorite video game to the fullest!
Razer announces the Razer Naga Trinity mouse and Razer Tartarus V2 keypad ❯

Red Dead Redemption 2, where to find all the tombs