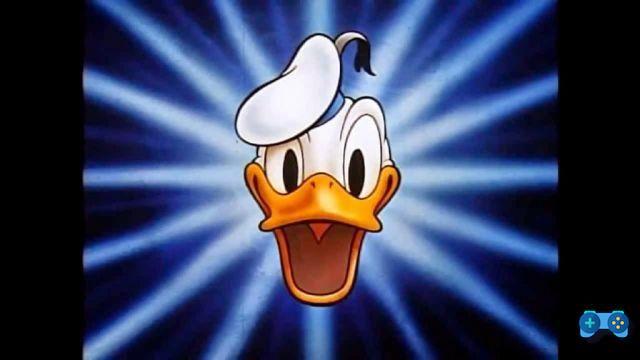 Despite the small amount of votes that the poll got, what we can see is the crushing victory of the angry "Made in Disney" duck. We just have to follow his digital misadventures.

A game of his own

Surely those younger than myself will not remember this title released 19 years ago. It is easier to remember him as the angry and unhelpful wizard of the Kingdom Hearts series.

But how many versions ...

The game was developed for Nintendo 64, Dreamcast, Windows PC and PlayStation. The versions, however, have never been compliant with each other due to some shortcomings of the devices. For example, while the PC and Dreamcast versions are identical, the N64 transposition has the same graphics, but less sound and the lack of FMV movies. As for the adaptation for the first PlayStation it is not particularly different from the others, except for the less performing graphics and a couple of really interesting additions, such as some new Power-ups and a completely new soundtrack.

The following year Donald Duck Operation Duck also arrived on GameCube and PlayStation 2. This new transposition brought improved graphics, some level changes and the soundtrack taken from the PS1 version.

Portable consoles were not abandoned either, the game in fact landed on Game Boy Color and Game Boy Advance. These versions saw some changes added, able to enrich the gaming experience on these particular types of consoles.


This title is one of the few that has had a kind of "early access", in fact Motta in 1999 in collaboration with Disney and Ubi Soft (at the time the name was divided) inserted a CD in the packs of snacks and ice cream, containing two Disney themed games and a demo of our favorite duck's adventure.

Donald Duck Operation Duck was born as a tribute to Carl Barks (father of the most famous duck in comics), who died in the year 2000, by Ubi Soft Montreal and Disney Interactive.

The various versions of the game use the same graphics engine as Rayman 2.

The game begins with Donald Duck together with his lucky "cousinastro" Gastone and the brilliant Archimede Pitagorico intent on viewing a Daisy Duck report as a special correspondent.

The duck has in fact managed to infiltrate the temple of the sorcerer Merlock (who has seen the DuckTales film in the past will remember) in order to snatch from the evil wizard, but unfortunately it is discovered and captured.

Donald Duck competing with Gastone launches to the rescue of his girlfriend, thanks to a space-time door invented by Archimedes, but to use this brilliant invention you need energy.

To accumulate it, the most irascible duck in history will have to face the enemies of all time, from the Bassotti Band to the Amelia Witch.

Donald Duck Operation Duck takes its cue quite clearly from the third and fourth installments of Crash Bandicoot.


To reach the various levels it is necessary to get on some teleportation platforms inside Archimedes' laboratory.

The objective of each level is to locate and collect energy globes (replaced in the most recent versions by pieces of the platform) in order to bring them back to the laboratory. There are also some toys of the three grandchildren of the duck, to get them you will have to deactivate some spell books (these elements are essential if you want to finish the game 100%).

Once you have finished each level you can replay it by facing a timed challenge (remember the relics of Crash?) To beat the record of "cousinastro" Gastone. 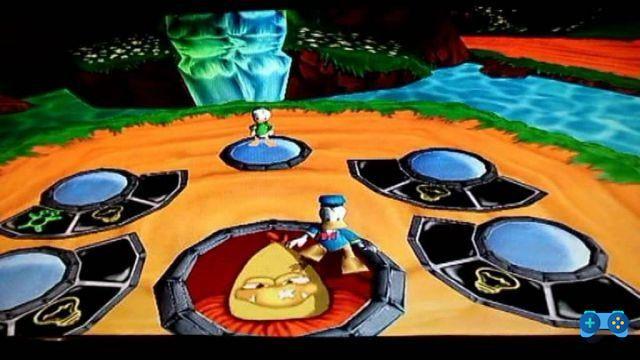 Our Donald has 5 lives and can be hit a maximum of two times. After the first blow our "hero" will be furious as only he can do, unloading punches left and right, the second blow will deprive him of a life.

Extra lives can be acquired by collecting Donald Duck icons or a total of 100 stars. One of the upgrades that can be acquired is the milkshake, which will allow the duck to heal if it has suffered the first hit or make it invincible for a short period of time after having suffered the second. 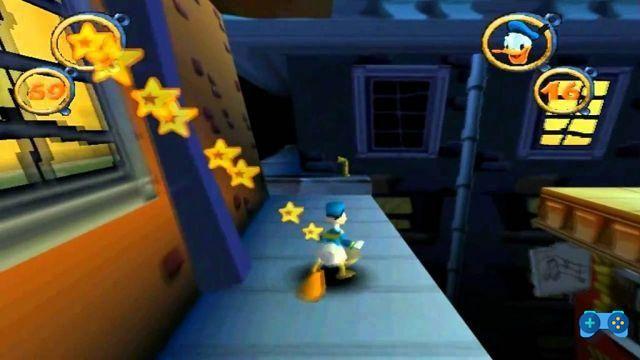 The game is divided into four areas:

Within each area there are 7 levels, 4 of them are quite traditional (2 scrolling and 2 in 3D), 1 Boss level, 1 chase level (unlockable only if you take all the toys from Qui, Quo and Here in the area in question) and 1 Bonus level (to face it, you will have to beat all Gastone's records). 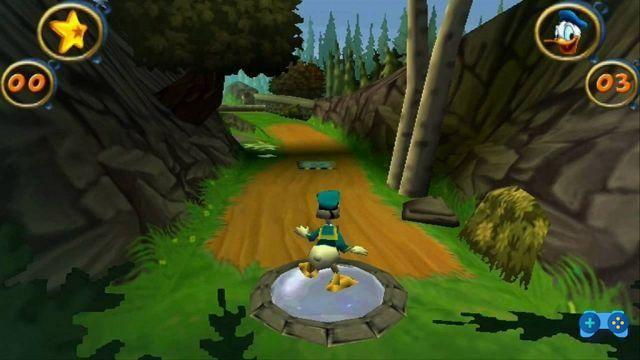 The game did not receive particularly positive reviews, despite this the public appreciated it and still remembers it with nostalgia.

Do you want to complete all the achievements and trophies and know all the tricks, guides and secrets for your video games? SoulTricks.com is a group of video game fans who want to share the best tricks, secrets, guides and tips. We offer the best content to be a source of useful information, so here you can find guides, tricks, secrets and tips so you can enjoy your games to the fullest. Are you ready to get all the achievements of that game that you resist so much? Enter and enjoy your favorite video game to the fullest!
Driveclub, motorcycles will also arrive ❯