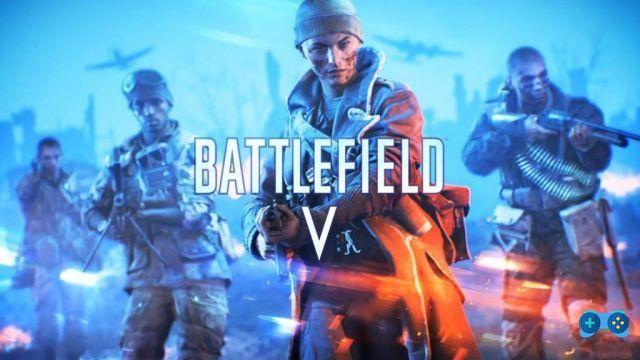 Back to the Second World War ...

After the revolution of Battlefield 1, DICE makes an almost mandatory step, in fact with Battlefield V the series will return to tread the bloody battlefields of the Second World War, a logical and risky choice, this historical period has already been beaten by DICE itself and by competition, will they be able to make this experience unique?

Where have the Nazis gone?

During the various hours of the game, the lack of clear references to the political ideology of the Third Reich is somewhat alienating, it almost seems that that specific part of history is erased, at least in the multiplayer mode.

Suffice it to say that for the entire duration of the first match I screamed "minus a Kraut", then those who played with me wanted to remind me that I was part of the "Krauts".

Apart from this little comic curtain, it will be interesting to understand the storytelling of the single player campaign.

The battle does not stop even with the snow ...

As seen in Battlefield I's Russia, the war stops at nothing, and even in the most adverse conditions, soldiers will have to advance with weapons in hand.


In the Beta it was possible to test the frozen lands of Narvik in Norway, it must be admitted that the visual impact in those areas is a delight for the eyes, the tanks that advance with difficulty in a difficult land, the bombers who see only white at a loss. of the eye and the ground soldiers who laboriously proceed sinking their boots into the icy snow, all these facets make the experience of this Battlefield V stimulating and rewarding.

The search for photorealism by DICE thanks to the latest version of the powerful Frostbite Engine gives the developers a big point in favor, but the gameplay must also be fixed from the point of view of the camouflage of the soldiers, in fact in these particular cases it is almost impossible to see the soldiers of the opposing sides, often trespassing in last-minute shootings.

We know that in online multiplayer, cooperation and help from other players is important, but not fundamental, in fact we often find ourselves in front of millions of Rambos, ready to make kills in quantities to climb the rankings.

The idea of ​​war that Battlefield V brings to our televisions is fully consistent with the fact that even during the toughest battle, having someone by your side is of primary importance, it distinguishes the mission between success and failure.

The will of the developers points more and more to e-sports, making the game an experience more for the hard and pure, abandoning any "casual" ambition.

An almost striking example of this direction is the acquisition of importance of the figure of the support soldier, who can supply his comrades running out of ammunition at any time.

How many times have I said this phrase to my fellow soldiers, while I held out my bleeding hand in any direction.

The dynamics of the bleeding is very interesting and in my opinion realistic, not in the ways, but in the experience it offers, in fact I am sure that in order not to die in hostile territory any soldier would have tried with his eyes and with the last efforts he would have stretched his arm. in an attempt to save himself from that fate.


That said, I think the instant death dynamic to spawn on the map right away needs to be speeded up.

Do you want to leave the game? And why?

Still missing no one knows for what mystery an exit option from the game after the final battle screen.

Battlefield V seems to have all the weapons in order to give users a truly interesting war experience, this Beta offered us the opportunity to see the current strengths and consequent weaknesses (reflex sights bugs, perk explained in bad way , etc).

My experience at the end of the fair is positive, of course it is the fact that some problems must be solved, we gamers often forget that it is Beta Testing.

As for the server and online sector, excluding part of the first day of Beta, during which the wait to access a match was very long, DICE has also managed to reduce the waiting times for matchmaking.

For now we just have to see how the developer will use the time that separates us from the game's release, on November 20th.

Have you tried the Beta? Let us know what you think on our Facebook page

Resident Evil Resistance, let's discover the multiplayer of RE3

add a comment of Battlefield V Open Beta, here's what we think