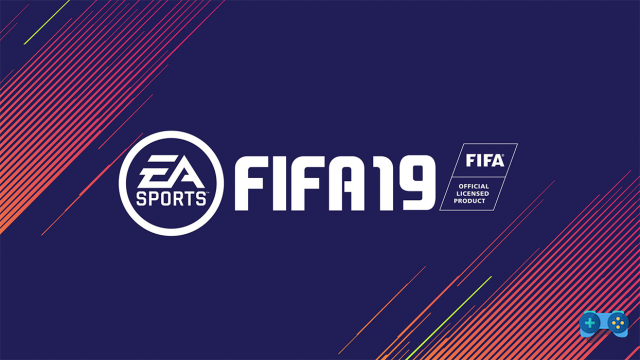 Let's find out all the features of FIFA 19.

After the article dedicated to PES 2019, the time has come to analyze what are the new features of its direct rival, FIFA 19. This year Electronic Arts has decided to further expand the offer, first of all by purchasing the two major European competitions exclusively: La UEFA Champion's League and UEFA Europa League, introducing new features and above all new game modes.

The gameplay should certainly benefit from it and be more realistic than ever thanks to the Active Touch System, the Custom Tactics, the calibrated shots and much more that we will talk about very soon.

The new system Active Touch drastically changes the way the player receives and hits the ball. L'Active Touch System offers better control and fluidity than ever before. Now, thanks to new tools and animations for the movement of the ball, it is possible to use a series of touches from before, such as the fake stop, conclusions on the fly after lifting the ball (using the head, chest, knees and feet to lift the ball, changing direction, confusing the defenders and creating spaces to exploit), or the specific animations for the skills of some Top Players such as Neymar or the new world champion Mbappè. It will therefore be possible to experience a new type of gameplay that will allow you to overcome your opponents in different ways to finalize the built action.

The Active Touch system makes FIFA 19 the most realistic chapter in the history of the series.

FIFA 19's dynamic tactics allow for deeper and more advanced control over your team's tactics, both before and during matches.

Pre-match preparations are making a comeback with a series of customized features that can also be modified during the match. You can choose players, form, assign roles, give instructions and customize tactics.

With dynamic tactics, team preparation takes on an even more important role. The team will put the chosen approach into practice in a clear way, so that you have an idea of ​​how it works on the pitch. For example, by choosing a ball possession tactic, players will support teammates in possession by providing safe passing options. If you decide to change in the race and rely on a faster build of the maneuver, players will quickly rise and make risky insertions to create goal chances.

Anyone can use this system to their advantage. The tactics have been perfectly balanced, so that each approach can be effectively countered with another. If you can identify the tactics used by your opponent, you can react accordingly by quickly changing the current game.

New tactical options have also been added based on community suggestions to counter some of the most used and effective ones. For example, if you are facing a team that plays defensively, as they say that tends to "park the bus" in front of their goalkeeper, you can select the "pressing on the first control" option to make sure that the players systematically close opponents, forcing them to take risks.

Whether it's a long shot from outside the box, a precision header or a quick touch, timed finishing ensures a greater level of control and increases goal-setting effectiveness.

As the name suggests, timing is key to this new feature and it adds an extra layer of risk / rewards to FIFA 19's shots.

The basic process of shooting does not change, but to make the finalizations potentially unstoppable thanks to an increase in power and precision, you have to press the "shot" control a second time at the right moment.

Pressing early or late will slightly worsen the shot. With the FIFA Trainer activated, a colored bar with indicators will appear above the player's head. The second touch must be performed when the indicators are in the center of the green zone. If the timing has been perfect, the short message "Great timing!" Will appear above the bar.

With 50/50 matches, user reactions and player attributes determine the outcome of the tackles on the pitch. Each tackle will be decisive for gaining possession of the ball, thanks to greater intelligence and awareness of the spaces on the part of teammates.

The revolutionary animation system that has given players personality and increased fidelity to movement in EA SPORTS FIFA is making its return even more extensively. Enhanced animations for tactical ball protection, impact absorption and physical tackles introduce realistic movement for players, taking their responsiveness and personality to incredible levels.

FIFA 19 includes new ways to play Kick-Off mode. The new version introduces in fact, different types of matches, the ability to keep track of your statistics, your results and much more.

In addition to the traditional Kick-Off challenges, you can choose between cin five new types of games: UEFA Champions League, Custom Rules, Series, Home and away and Cup Finals. Each match differs from normal matches, in order to offer an even more immersive experience. 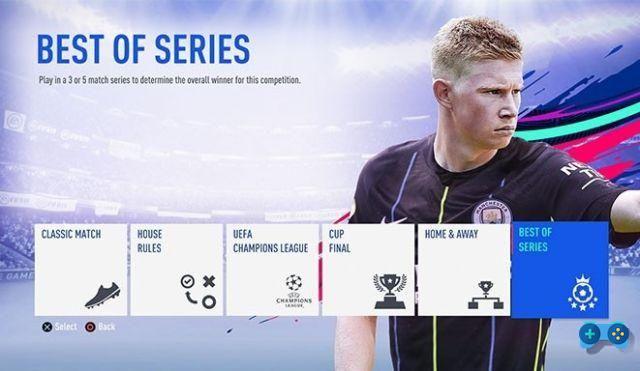 Kick-off results and statistics, including detailed analysis, of all matches played in this mode can now be tracked. This advanced system keeps track of all available game information about us and our opponents in Kick-Off mode. With a wealth of detailed information, FIFA 19 allows you to prepare every Kick-Off match as if it were a real match, using tactics and strategies derived from analyzing statistics.

Alex Hunter's fascinating and unique journey ends in FIFA 19. After winning the Premier League at just 17, the young player joined the LA Galaxy and won the MLS CUP before returning to Europe. He joins Real Madrid after leading his club to the league and cup duo at the end of last season.

These are Hunter's statements:

Raphaël Varane, Dani Carvajal, Theo Hernández and Dani Ceballos were among the Real Madrid players who welcomed Hunter to the club during his presentation at the Santiago Bernabéu. At the end of the presentation ceremony, the striker donned the iconic white T-shirt and posed for the reporters on the pitch. Hunter thanked the fans for their love and warm welcome.

"I'm ready to go," Hunter said. "This is a huge step forward in my career and I couldn't be more excited."

In FIFA 19 Ultimate Team, the old online divisions have been replaced by Division Rivals. The new mode allows us to understand our level of skill and consequently what is our place in the FUT community. By accessing the Division Rivals for the first few times we will be asked to play a series of qualifying matches to determine the level of skill against other players. A skill score will be assigned based on the performance obtained by facing the series of matches proposed and consequently you will have access to the division in which it will be possible to face players similar to your level. By accumulating points you can be promoted to the next division which translates into a better choice of prizes at the end of each competition. 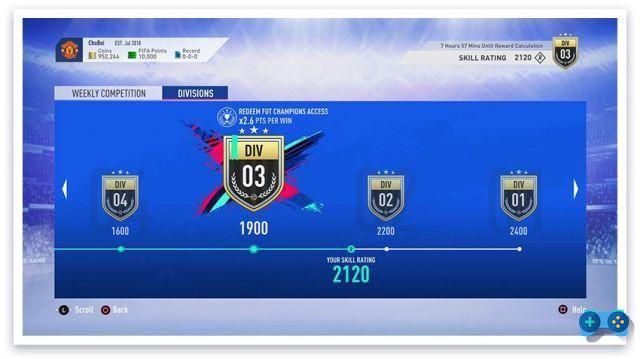 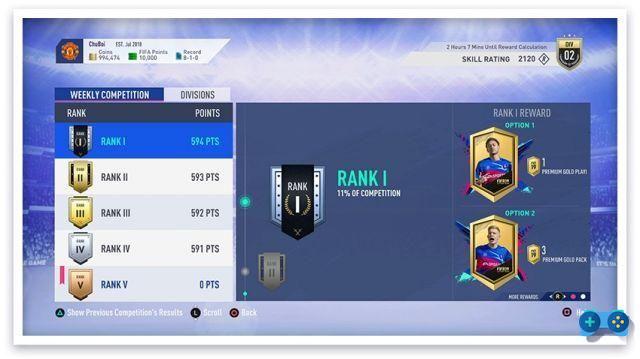 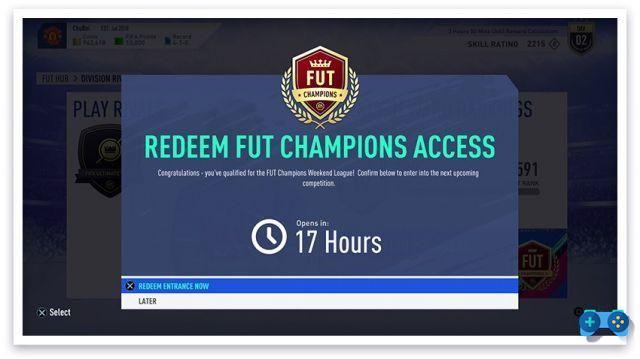 A totally revised system that allows you to choose between different tactical approaches, ensuring even deeper customization before the match and additional options to make changes during the match with the D-pad. Each tactical approach combines offensive and defensive forms, mindsets and play styles, allowing you to easily customize your set-up in any situation.

In FIFA 19, you can have more control over squad building with Player Picks. This new type of FUT item allows you to choose a player to add to the squad from a selection of up to five different player items.

Overlay controller controls, replays, and the ability to jump right away to important game moments help you understand how the strongest players react to various situations on the pitch.

It allows you to manage the team at any time, with new features that guarantee even greater control over the squad. We will be able to stay updated on competitive progress thanks to the leaderboards, added for the first time to the FUT Companion App. Further refine your search criteria on the FUT Transfer Market to make it easier for you to find the right player at the right time. Additionally, for the first time, weekly rewards from Squad Battles, Division Rivals and FUT Champions can be redeemed from the Companion App.

A new way of managing objects found in packs

A completely revised presentation allows you to manage new items more quickly, so you can spend more time creating the squad. New items found in packs are put directly into the club, with a more straightforward interface that helps you decide whether to keep, delete or transfer groups of items.

New advanced filters simplify the process of finding players in the club. Included is the option to filter by latest items and Exchangeable / Untradeable status.

New FUT ICONS have been added to FIFA 19 Ultimate Team. We retrace the most exciting stages of their extraordinary careers in ICON Story Mode, with individual items representing the highlights of their footballing past. 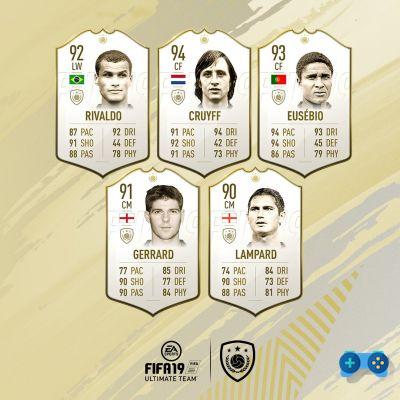 Below is the list of new FIFA 19 icons unveiled to date:

add a comment of FIFA 19, everything you need to know