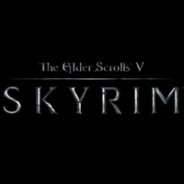 Here are the news for the adventure of the year.

Bethesda today published some new information on the next update dedicated to the world of Skyrim and on the Creation Kit, the official tool that will allow all PC version players to create custom modifications to the title.

Il Creation Kit will be available soon via the Steam portal. The company also confirms that it is working with Valve to complete the final tests before the expected publication by the end of the month.

As for the famous patch 1.4, the update is currently being tested for all three platforms. This update includes several optimization fixes for the main problems that players have reported in recent months playing the title. Bethesda hopes to finalize everything for next week, and then send the patch to the respective companies: Microsoft products e Sony for certification.

On PC, Bethesda instead intends to release a "Beta" version of the update, an additional security step offered by Steam.

Below you can find the current changelog of patch 1.4

Current list of 1.4 enhancements (for all platforms except where noted)

add a comment of The Elder Scrolls V: Skyrim, information on patch 1.4 and the creation kit