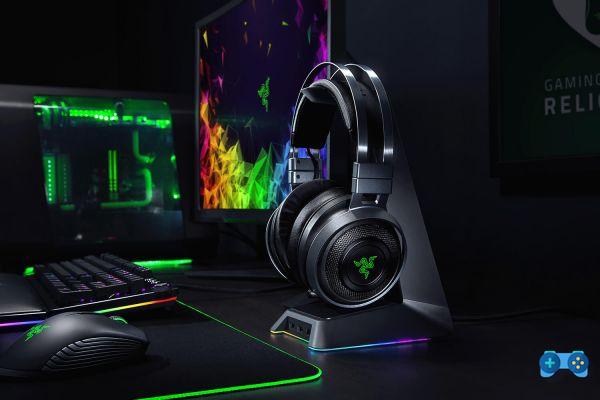 We are used to haptic feedback: the vibration in the pads of our consoles, mobile phones, gaming accessories such as steering wheels and joystick, is now a basic functionality and not an optional. With the arrival of Nintendo Switch and its Rumble HD we then discovered that this feedback can be so precise that it fooled our brain to the point of even simulating “two ice cubes colliding” inside our Joy-Con. Yet no one had ever thought of using this technology in a pair of headphones. Thinking about it first was Razer, which with the Hypersense technology at the base of the headphones Razer Nari Ultimate Wireless aims to make our gaming experience even more immersive.

The Razer Nari Ultimate Wireless are closed-back over-ear headphones specifically designed for gaming. The version we tested, however, is a particular one limited edition dedicated to Overwatch and, in particular, to the character of Lúcio. The peculiarity, as expected for the fans, lies in the color that incorporates the typical stylistic features of the Brazilian flag, the nation from which the hero of Overwatch comes, and in the presence of the frog-shaped emblem present on the two pavilions. This emblem, which also represents Lúcio's ultimate, is backlit thanks to RGB LEDs controllable and customizable through the app Synapse 3, which oversees all products in the Razer ecosystem. The headband is self-adjusting and consists of two parts, one rigid in aluminum and another, the one directly in contact with the player's head, in breathable fabric in the lower part and in synthetic leather in the upper part. In this special version, the Overwatch logo is printed on the leather band, while if you choose the non-customized version, the Razer logo is present.

With the exception of the Overwatch-themed custom aesthetic, this version is otherwise completely identical to the classic one. The design is dominated by the two large over-ear pavilions covered in synthetic leather on the outside and in fabric in the part in direct contact with the temples. The 2 cm padding, however, is not traditional memory foam, but inside the high-density foam a particular refreshing gel has been injected which, in addition to making the two pavilions extremely soft, has the purpose of avoiding excessive overheating after several hours of use. 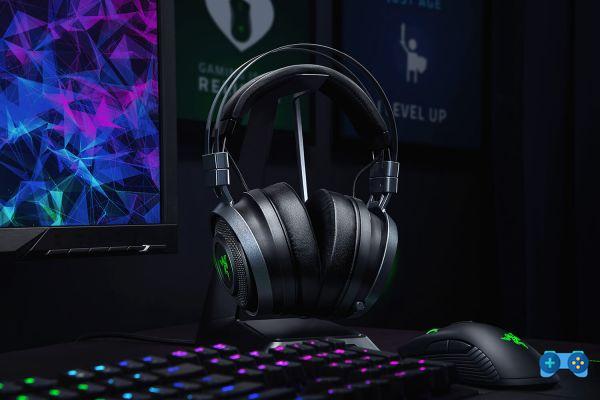 The particular softness of the pavilions and the not exaggerated clamping force, combined with invisible grooves made in the padding of the pavilions themselves, make them appear particularly comfortable even for those who wear glasses.

In the lower part of the right pavilion there is space for the volume control wheel and a convenient compartment to insert the USB dongle necessary for the wireless connection with the PC. A detail that will come in particularly useful when traveling with headphones in tow, although, given the very generous dimensions, portability is not the strong point of these headphones. On the left side, however, there is the button to disable the microphone, a second wheel that is used to control the chat in game, a micro USB port and a 3,5 mm audio jack to use them in wired mode, in addition to the retractable microphone .

The two pavilions can also be rotated internally by 45 ° to make them more comfortable when placed on the shoulders.


Despite the abundant size, the headphones are very comfortable thanks to a weight only slightly higher than that of other headphones in the same category, 407 grams against, for example, the 399 grams of the Logitech G933. The clamping force on the temples is not very high and probably a weight distribution that is not exactly exceptional due to the presence of the rotors dedicated to Hypersense inside the pavilions, however, make them not very stable on the head. However, this could only be a problem if you move too much while gaming or, for example, if you intend to use them in conjunction with a VR headset. 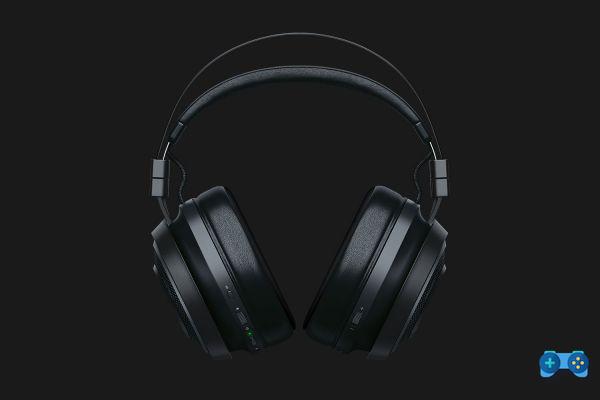 Technology that makes the difference

The real strength of these headphones, however, lies under the body. First, Razer has chosen to equip its Nari Ultimate Wireless with 50mm neodymium driver with a good frequency response between 20 Hz and 20 kHz; although out of the “Hi-Res” specifications (which require a minimum of 40 kHz in the high range), the drivers have good sensitivity and are able to reproduce the entire harmonic range with good dynamism. Even with a lower frequency response than other competitors such as the SteelSeries Arctic Pro, the The sound these headphones are capable of reproducing is certainly enjoyable. Of course, like most gaming headsets, the Razers too Nari Ultimate Wireless they tend to emphasize the extremes of the sound range, the bass in particular, but the effect in this case is never annoying. On the contrary, it is definitely engaging in gaming as well as with those musical genres, such as hip pop and RnB, where a certain "exasperation" of the dynamic range is indeed desired.

The headphones are equipped with the technology THX Spatial Audio, an advanced positional audio solution developed in collaboration with THX. The system is based on the so-called "object audio" (Dolby Atmos and DTS: X are other applications of this technology), which encodes the audio sources no longer based on the channels (front, center, rear, surround) but through the positioning in a 3D space, regardless of the position of the speakers for playback. The system works so well, especially as regards the vertical widening of the sound stage, that in games like Call of Duty: Warzone, where the identification of the sound source is fundamental, whether determined by the hum of the speakers for the loot or from the footsteps of an enemy, we even preferred it to our 5.1.2 channel home theater system (also designed for Dolby Atmos). 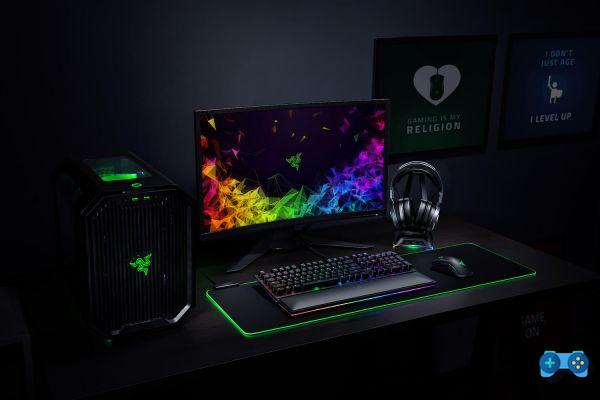 The real news, and the reason why the Nari have interested us so much, is undoubtedly Hypersense, the new haptic feedback system developed to offer a higher degree of immersion. The system works thanks to a DSP that controls two haptic rotors developed by Lofelt and positioned inside each pavilion. The DSP has the task of “interpreting” the sound signal included in the range between 20 Hz and 200 Hz (the low range usually occupied by sound effects such as firearms, explosions, the noise of a crawler, etc.) and transform it into vibrations which are then "shot" directly at your temples. If the thing in words seems somewhat strange and annoying, in reality it is an initially slightly alienating experience, but after a few minutes so natural that you will wonder why no one has ever thought about it before. Being controlled by a DSP, games don't have to be developed specifically to exploit Hypersense and therefore it is possible to enjoy it with all the titles on the market. Of course, titles such as Warzone, DOOM Eternal and FPS in general are the main titles with which it is possible to enjoy this extraordinarily immersive experience but the same is still very enjoyable everywhere, even, to say, in Ori and the Will of the Wisps. The presence of the haptic feedback of Hypersense in some way it contributes, perhaps by playing on our mind, to improve the rendering of all sound effects, which appear even more engaging: a tank shot, the rhythmic shots of a SA87 machine gun and the explosion of a grenade will seem incredibly realistic. The difference will seem even more evident if you try to disable the Hypersense option through the Synapse 3 software: the game will seem to be missing something. 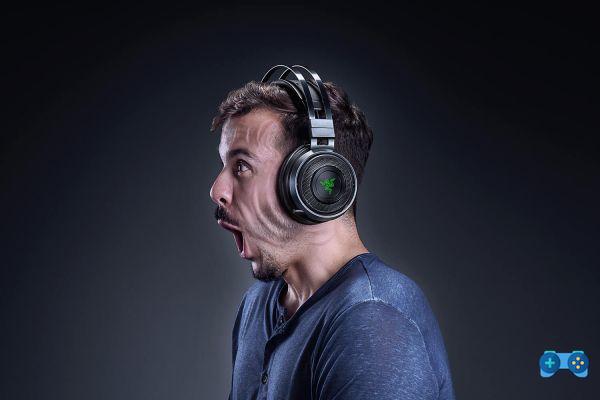 If with games and, by analogy, also with cinematic content, the experience with Hypersense was exciting, with music we cannot say we are as enthusiastic. Let me be clear, the Nari Wireless Ultimate they are an excellent headset also from this point of view, as long as you love very full-bodied sounds at the bottom and the exaggerated bass of gaming headphones and Razer in particular. However, with music the “wow” effect of Hypersense it loses a little its reason for being. Although, as mentioned, through the Synapse 3 software it is possible not only to deactivate it but also to adjust its intensity, we would have liked that one of the two wheels on the pavilions or a button was expressly dedicated to Hypersense in order to be able to activate or deactivate it depending on the use of headphones.

Le Nari Ultimate Wireless they work thanks to a small radio adapter that allows obtaining a stable and precise signal even at a distance of over 10 meters. Although it does not use the bluetooth signal, it also the battery did not impress us. Razer declares 8 hours with Hypersense activated, but in the direct test and with the same condition we have achieved about 7 hours of gaming playback (where the effort of the rotors is certainly higher), while it increased a more than 10 hours with a level set to a quarter.

The retractable microphone has a small red light that turns on when it is deactivated and generally works very well. The audio, in fact, is clear and crystalline and with very little alteration of the tone of voice.

Headphones Razer Nari Wireless Ultimate are a truly amazing headset that combines world-class sound quality with cutting-edge and revolutionary technologies such as THX Spatial Audio and Hypersense. Needless to say, this is the real strength of the headset in question and the reason that justifies a price that is not exactly accessible: € 250 for the Lúcio Edition wireless version, € 200 for the standard wireless version and about € 150 for the wired version. However, if you accept to overlook some small flaws, such as a not exactly exceptional stability and some imbalance in the dynamic range, you will find yourself in front of a product capable of revolutionizing your gaming experience in the true sense of the word. 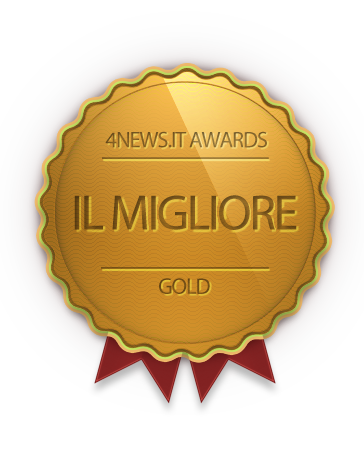 Lords of the Fallen review ❯

Sony XB13, a portable wireless speaker with EXTRA BASS to take to the beach