Lords of the Fallen review 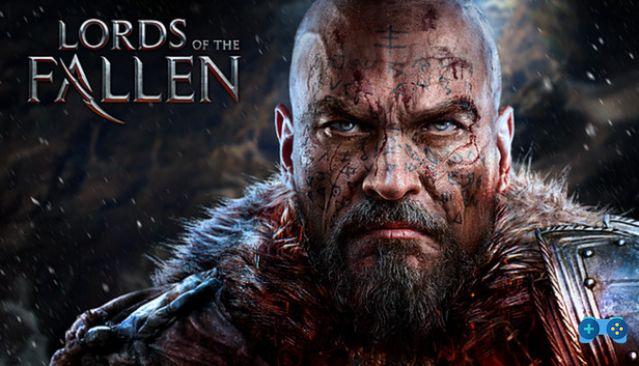 A Polish and a German team grappling with swords and shields.

A few years ago there was a large group of users who firmly believed in a stereotype about the world RPG: that it was only ideal for the combination mouse / keyboard. With the arrival on the market of a fair number of titles capable, instead, of harmonizing with the console controller and shifting the attention of developers towards new assets to enhance the gameplay, the stereotype could no longer coexist in the minds of the aforementioned gamers. Already Risen in 2009 had worn down the wall of prejudice, bringing the style of Piranha Bytes to consoles. Then in 2011 the new one appeared The Elder Scrolls V: Skyrim, and then how to forget The Witcher, Risen 3 and so on, continuing, without neglecting the enormous influence given by the Dark Souls.

In recent years, therefore, the entire genre of Role has undergone significant changes, consolidating new styles and preferences for developers and resurrecting that desire for challenge and novelty in the orphaned users of the 90's gaming style: purist and in search of easy swearing. Category flanked by a more inclined to a more dynamic and customizable gameplay in everything, including the difficulty.


A double audience to be satisfied then.

E Lords of the traps? Where can we insert this work of the guys from CI Games and Deck13 Interactive who worked side by side?

Surely the intentions underlying the production are good and aim to propose the title to those seeking to redeem their style of play through serious training and to fill about 15 hours of play with a fair amount of challenge. Furthermore, everything is sewn in a plot with medieval hints and beaded by that rough and brutal Dark Souls and a pinch of Ryse: Son of Rome.

After the rethinking for the launch in the old-gen world and the commitment to upgrade the graphics engine to bring it to the attention of PlayStation 4, Xbox One and PC, the developers had promised a solid game, great for challenging the competition and placing themselves in a small place in RPG heaven, especially the forerunners of the current generation of consoles. Project that, as we will see in the continuation of the chat, was only partially successful, but despite this it still manages to attract the attention of fans of the genre.

Good and bad in a new fight

The desire to emphasize the medieval in the impetuous sparkle of dark colors, a hostile climate, a setting that underlines how in the past mankind stood glorious and that now, once again, must fight to survive assisted by a handful of heroes, committed in a tough battle against the Rhogar, enemies that will be the background to our every fight. The story of Lords of the Fallen is obviously hidden at the beginning of our bloody adventure. Harkyn he is a man with a face marked by past experiences: sins, vices, joys and sorrows. The statuesque physique protected by solid and sparkling armor, on the other hand, hides a sad, thoughtful soul, looking for answers.


Talking about the plot is quite difficult because the story, with its implications and multiple endings, will be discovered by the player as the hours pass intensely on the clock. Suffice it to say that now, as anticipated, mankind is facing a new battle and as in any great challenge we will be able to trust only a few. Harkyn is in search of redemption and will be used by the forces of good to face enemies from a world apart, the Rhogar in fact.

Euphoria ... but only at the beginning.

In the first hour of the game you learn the rudiments of the combat system, the movement of the characters, the use of magic, camera management and obviously you get to know the first background of the plot.

Harkyn clearly recalls the statuesque and “forged by the fire of a thousand battles” (cit.) Physique of the brave heroes encountered in Gears of War. Moreover, he seems to have no character and to be only a warmonger but, in reality, every facet of his character and his life full of tribulations will become clear only in the course of the adventure.

Among the first things to do is one of the few choices that the developers have programmed: the choice of magical inclination that we will give to the character and the original equipment. Nothing to force newcomers to the genre to restart the game after a few hours for creating a deranged character. The developers have voluntarily created a guided gameplay with few choices to shift users' attention to the events narrated on the screen. Thoughtful choice and certainly acceptable, but which is really limiting from a certain point of view. The first play area serves as a tutorial and we will learn pretty much everything there is to learn. Moving Harkyn will be easier and easier knowing the combat mechanics, the latter really well built and that are also reminiscent of Dark Souls, offering intense combat (only for the first few hours of the game) that reward attention rather than brute strength. Too bad that the camera is not handled very well indoors, forcing us to grit our teeth for an imperfection that could be annoying to many. Nothing, however, that cannot be solved with a technical update.


Once we have learned the basics, we will have to make space between the first group of enemies to then meet the first of many, and well done, game boss. Each of them forces us to change tactics, to face everything calmly and to manage the equipment which, if it turns out to be too heavy, it could make our life much more difficult. Furthermore, to surround this first part, there is the collection of some objects which serve to deepen the game plot very similar to the "audio diary" seen in BioShock.

Once this is done, we will already have a much stronger character and the doors of the external environment will open for a second more chaotic phase and able to also show the potential of the graphics engine. Unfortunately the AI of "normal" enemies is tiring, as it is repetitive, and therefore the approach to fighting turns out to be almost the same.

In addition, some are undertaken dialogue with the possibility in some of these to “choose” and consequently influence the plot.

After the "school" phase, the game map generous, but not too much, of open spaces and therefore areas to visit and clean up from enemies will be the background to our ric
Search, which is divided right in the middle between the psychological need to rediscover oneself and the need for blood that is filled in furious fights in order to make life difficult for the Rhogar.

Exploring under the hood

Yes, if we keep talking about the gameplay we will end up making spoilers or making the speech redundant. There is little to know about Lords of the Fallen, nothing more you will learn as you play. It is a Very classic RPG, which rewards those who have patience only in the early stages, which inevitably push the player to study the equipment and the choices he will make. The production begins to creak when it shows, rattling off the whole, one substantially incomplete structure, embellished by some annoying bugs and general repetitiveness which is not even broken by the plot, which turns out to be the expression of a not exactly original script.

We are far from defining the title insufficient or a product to be avoided, but the euphoria of the initial stages, the difficulty of the game and the desire to discover the true nature of the character are gradually dissipating in disappointment. After 15 hours of gameplay, numerous side quests, the various choices made and obviously the end of the game we felt like saying that it could quietly attract (especially for bosses) fans of the genre, but without expecting what we were promised. Despite this, the Xbox One performed very well: no slowdown and a graphic set up to do its job and make our eyes shine in the presence of some armor and some really well-built locations.

Lords of the traps is a title that attracts fans of the RPG genre, who will be rewarded by some memorable battles and a general setting reminiscent of the rough and warrior Middle Ages. Too bad that the initial euphoria and the feeling of being in front of a new Dark Souls go down with every level up of Harkyn, a mysterious character who is looking for an identity during a bigger story than him. The fights will be repetitive and easier and easier. The main plot does not attract that much and turns out to be a condensation of events adorned with some twists but that will not make anyone's eyes shine. The production, unfortunately, blurs the initial expectations. The game will not thrill the newcomers to the genre and certainly will not go to occupy a place in the paradise of RPGs. The technical sector must be filed and purged of some annoying bugs and the management of the camera is not precise, especially in closed spaces, could annoy several players. The developers will certainly go to pin everything to reinforce the game with future patches and prepare for productions that, we hope, are able to fully express the talent of those who, hiding in the ranks of the teams, have also participated in the development of a The Witcher .

Guide, how to clean CD-DVD ROM in case of misreading ❯

add a comment of Lords of the Fallen review