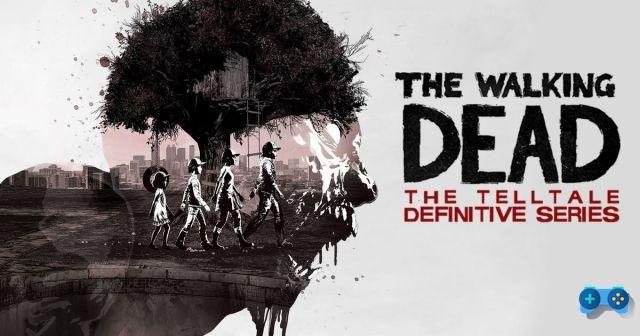 Before we start, let's go back a year: it was 2018, and - unfortunately - TellTale announced the layoff of 90% of its workforce, effectively blocking all their projects. For this reason, The Walking Dead ending was hanging on a slipknot. In December, then, to definitively close the accounts, he declared the closure of the firm. Fortunately, and miraculously, The Walking Dead Definitive Series is available on our shelves.

How did it happen, then, that a title now declared closed, without an ending, could come back into vogue and even conclude its story? The credit goes to Skybound Games, company-branch of the writer and owner of The Walking Dead, Robert Kirkman. The latter, obviously fond of his little one, not only concluded it, but also relaunched it on the market with a version containing all the seasons available so far.

For this reason, after seven years from its official debut, we can say it and write it without hesitation: The Walking Dead has its ending. 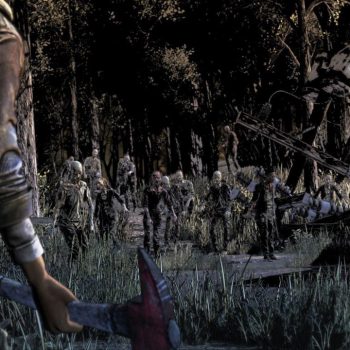 As if it was already seen.

First, what does The Walking Dead Definitive Series offer? It offers a solid, profound, complete experience. It is completely worth the price to get it. If you don't have it, do yourself a favor and get it as soon as possible. Although the title is a classic and we all have a few seasons here and there, having all the seasons in one block is a convenience as well as a unique experience.


in terms of guaranteed content, the collection offers a package ranging from 45 to 50 total hours to complete, just considering the story and events that change the unfolding of the plot. In other words, however, it is difficult to review a product that is already well known and solid in the ideology of the public and of which a collection has already been published in the past.

This means that the potential audience of this title is composed only of aficionados and those who have yet to find out, with a lot of reservations about those who have abandoned it in the past or who in any case are just about to complete the narrative circle. The question, therefore, is the following: can The Walking Dead Definitive Series give further appeal to the brand? 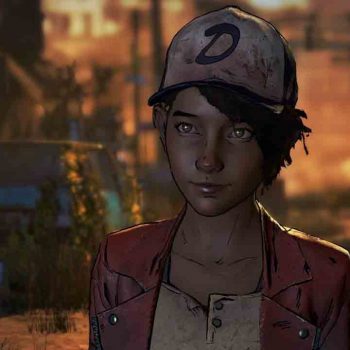 A jump to the origins.

The best side of The Walking Dead Definitive Series is certainly represented by being able to adapt the game colors as they were originally intended. In fact, the initial dull and dark tones of the first seasons had been progressively replaced by colored and sometimes cartoon-style palettes; component, this, better suited to the more light-hearted titles of The Walking Dead!

In addition to making the designs better and better suited to the game engine's dynamic light effects, it also helps, on the other hand, to make the user understand how far the series has gone. One of the biggest criticisms that was leveled at TellTale, in fact, was precisely that of resting on its laurels and on the work done by the company.


Plus, the final season will literally feel like a different game. Not only that, with this simple ploy, all the seasons seem to have been produced and released together. All this, together with some slight improvements, will give the user a completely unique final experience. 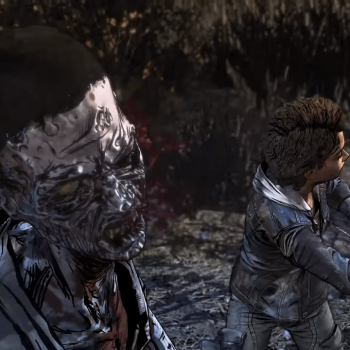 An improvement for UI, gameplay and polygonal models.

One of the worst problems of The Walking Dead was certainly the lack of fluidity of the title. In The Definitive Series, this has been improved: we rarely experienced frame-rate drops, and those few cases were mostly main menu loading problems. Lip syncing has also been improved, with good synchronous between characters' lip movements and voice acting.

QTEs have also improved. Button controls appear instantly, causing fewer errors than the original seasons versions. Furthermore, slight customizations allow you to have a more or less intrusive UI, according to your preferences.

The model viewer also adds a unique experience to the collection, acting as an archive of all the characters in the cast. It offers, in fact, the opportunity to rediscover game characters, to hear their voices and see their animations, albeit at the price of waiting long enough for them to load. However, beware of this tool if you haven't finished all seasons and want to avoid spoilers.

However, it can be fun to see the deaths of some characters on the screen while they speak with jokes that are quite out of place. Among other things, the developers offer all the animations of all the characters, so that the user can safely complete the game without having to repeat pieces of history to unlock this or that scene.

Beyond this, the risk of getting lost in the model viewer is very high, making it, in fact, one of the best additions to the collection.

With this series, Skybound has delivered to the market the definitive version that the series deserved - and that fans and novices can enjoy to the fullest. So, if you've never played it, The Walking Dead Definitive Series is the best experience out there for this title.

The title contains all four seasons of The Walking Dead, the 400 Days downloadable content, The Walking Dead: Michonne mini campaign, a music player containing more than 40 tracks, an image gallery, the 3D model viewer, graphic enhancements, the behind the scenes with more than 10 hours of commentary and gameplay optimization.

The Walking Dead Definitive Series
8.6 / 10 Soultricks.com
Buy on Amazon.com
Available for PS4, XBOX One, PC
For

- All the experience in one package

- Not very attractive for those who already have a few seasons

Summary
The Walking Dead Definitive Series presents itself as a solid and concrete experience, with excellent additions and well inserted in the title; however, the same can be unappetizing for those who already own some old season.
gameplay
Graphics
Sonoro
Longevity
Final judgement
Do you want to complete all the achievements and trophies and know all the tricks, guides and secrets for your video games? SoulTricks.com is a group of video game fans who want to share the best tricks, secrets, guides and tips. We offer the best content to be a source of useful information, so here you can find guides, tricks, secrets and tips so you can enjoy your games to the fullest. Are you ready to get all the achievements of that game that you resist so much? Enter and enjoy your favorite video game to the fullest!
World of Warcraft's Battle for Azeroth expansion finally has a release date ❯

Yooka-Laylee and the Impossible Lair, our review

Add a comment from The Walking Dead Definitive Series review