How to block a number on iPhone and Android

How to block a number on iPhone and Android. A simple guide on how to block spam calls and messages on your smartphone.

Do you receive too many calls from numbers that annoy you or are you the victim of call centers that absolutely want to sell you something? Then it's time to grab your phone and start blocking these phone numbers.

How to block a phone number 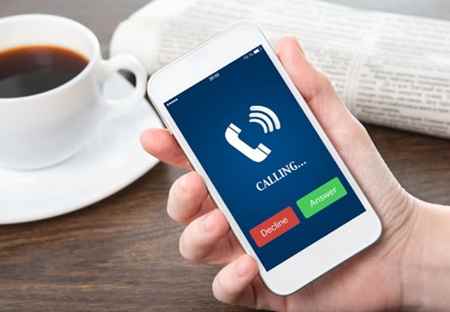 The procedure for blocking a number on iPhone or Android is very simple and with a few steps you can permanently get rid of annoying interlocutors who call daily at any time.

With the instructions in this tutorial you can not only block a number but also unblock it in no time. The solutions that I will propose to you for both Android and iOS mobile devices are different and all without the use of third-party apps.

We decided to divide the guide into two sections: the first explains how to block a number on iPhone, the second how to do it with an Android phone.

How to block a number on iPhone

There are two main ways to block a number in iOS, and both of them are relatively simple.

1. To block a contact in your phone book you simply need to go to the contact list screen of your iPhone. So go on Settings> Phone> Call blocking and identification. Then press the voice Block contact to open the phonebook and select the contact to block. 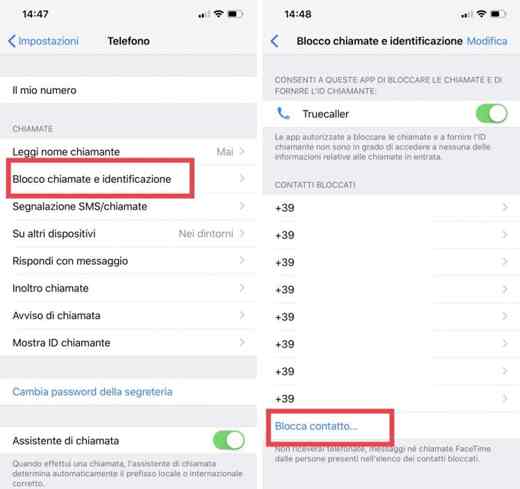 The contact will remain blocked even if you delete it from the address book. Also in this panel you can view the blocked contacts in order to have a complete detail of the numbers present.

2. If the calling number is not in the phone book, you can block it from your iPhone's call log. To proceed, go to Phone> Recent. Click on the button i circled next to the contact you want to block and in the window that appears presses the button Block contact, in such a way that you will no longer be contacted by the offending number. 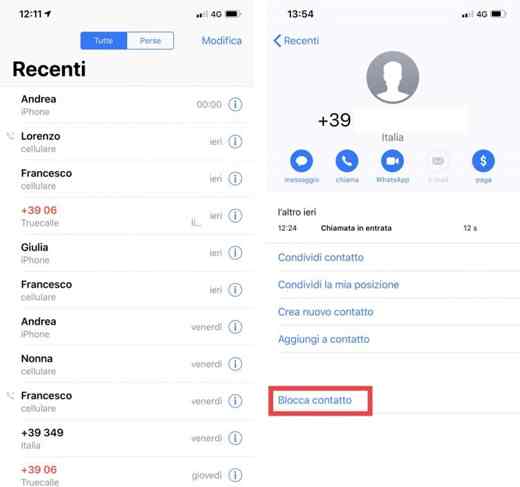 To unblock a blocked number on iPhone go to Settings> Phone> Call blocking and identification and here you can unlock the contacts by dragging your finger from right to left on the contact to display the command Unlock.

How to block a number on Android

The steps to block a number on a phone Android they are quite similar to those seen earlier on an iPhone.

1. If the contact is in the phone book of your Android smartphone, you need to go to Phone> Phonebook and in your phone's contact list, find the number of the person you want to block. Then you have to tap the button depicting a "i ”circled and in the following screen press on the three vertical dots at the top right and select in the menu Block contact. 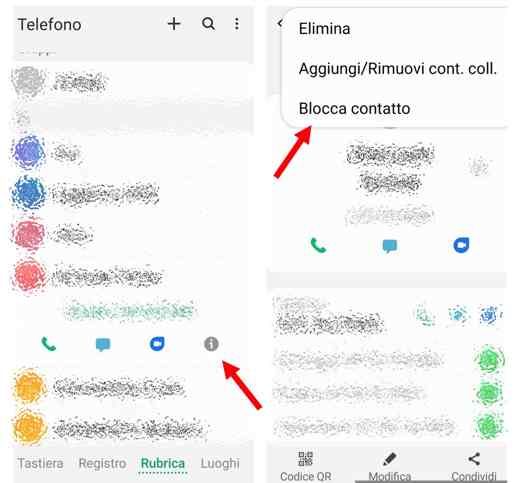 2. If, on the other hand, it is a number that is not in your phone book and you want to block it, the steps are different. Go up Phone> Registration, locate the number and after clicking on it, press the button depicting a "i ”circled and on the next screen press on Block, bottom right. To unlock repeat the same steps. 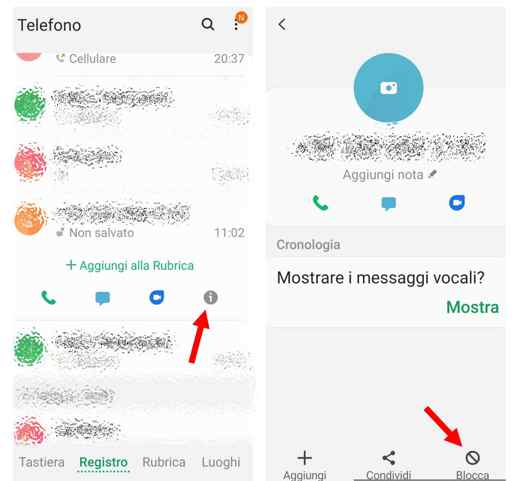 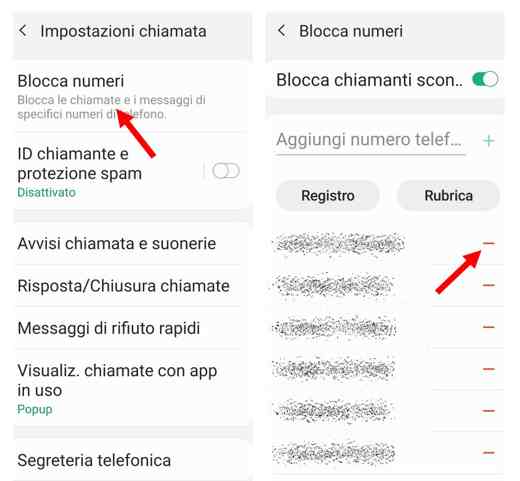 Also in this window you can set the block from unknown numbers, putting on ON the voice Block unknown callers.