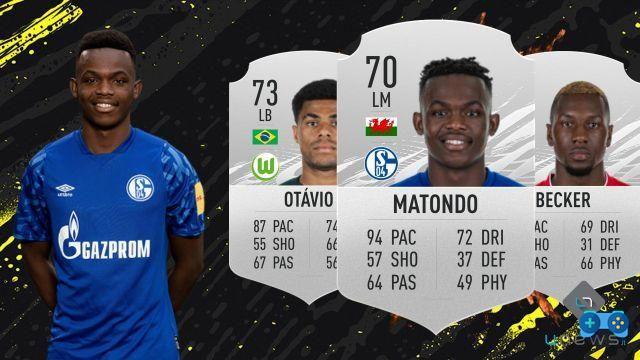 What if we told you that even a silver team can be strong? Of course, having a team made up of very champions is easier, but see it as a challenge and we are sure you will have a lot more fun. Furthermore, in recent times FIFA 21 has been inserting a series of interesting challenges with teams entirely composed of "Argentoni".

Often, opening the packs, we limit ourselves to looking for the great phenomena, very strong players to resell to increase the credit portfolio and build a fearsome hybrid team. Instead, if you analyze the "Argentoni" you will find, trust us if we tell you that you will find some interesting surprises.

Ron-Robert Zieler (OVR 72) - 900/1000: The 31-year-old Cologne defender is a very interesting choice. In fact, to be a silver card it has very good values, especially in diving and positioning.

Paulo otavio (OVR 73) - 1200/2600: The Brazilian full-back at Wolfsburg is the full-back that everyone would want in an attacking team like this. If we take into account his speed, we can confidently confirm that he is the perfect man to combine midfield and defense. To improve his defensive skills instead we recommend it Guardian chemistry style.

Evan ndicka (OVR 74) - 2400/3800: Having a balanced defense is everything, even using offensive formations like these. Precisely for this reason, the 21-year-old Frenchman is the ideal choice, despite his 192 cm in height, he manages to combine speed and defensive skills.

Konstantinos Mavropanos (OVR 73) - 1000/1300: Even the Greek defender of Stuttgart can help you build the strongest silver team in FUT 21. Furthermore, his height can be valid in the penalty area, both yours and that of the opponents.

Robert Gumny (OVR 70) - 850/750: Even the right defensive flank needs a sprinter, and this is where the Polish full-back from Augsburg comes into play. However, the same speech as Paulo Otavio applies, we advise you to strengthen his defensive skills through the use of an understanding style, in this case Sentinel.

Djibril sow (OVR 74) - 3800/10000: The Swiss midfielder Eintracht Frankfurt is a very balanced player, with 3 * Skill Skills and 4 * Weak Foot is an excellent player even in the attack phase.

Rabi matondo (OVR 70) - 1900/1100: This 19 year old Welshman is a real splinter, if you want to perfect his skills and make him unbeatable equip him with the Understanding style Predator.

Sheraldo Becker (OVR 68) - 1200/1800: To build the strongest silver team in FUT, this athlete is the perfect choice, even if he does not have great skills as a "skill" is ideal for carrying balls in the middle of the area. opponent penalty.

Ihlas Bebou (OVR 74) - 2600/4300: Having a fast attacker on FIFA is a must, if he has 4 * skill skills he is the perfect player to send the most difficult defenses into a tailspin. If you want to improve its shooting, we recommend using it Understanding style Predator.

Silas wamangituka (OVR 70) - 950/1700: Here is another noteworthy striker, his speed will allow him to leave the void behind him. Beyond this important aspect, it must be borne in mind that the young Congolese striker is particularly strong in the head and is gifted with an intoxicating dribbling. 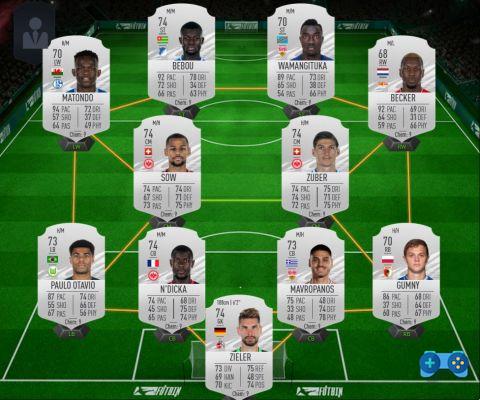 Let us know in the comments if you have tried this team too and if you are preparing to build the strongest silver team in FIFA 21 Ultimate Team.

Do you want to complete all the achievements and trophies and know all the tricks, guides and secrets for your video games? SoulTricks.com is a group of video game fans who want to share the best tricks, secrets, guides and tips. We offer the best content to be a source of useful information, so here you can find guides, tricks, secrets and tips so you can enjoy your games to the fullest. Are you ready to get all the achievements of that game that you resist so much? Enter and enjoy your favorite video game to the fullest!
Watch Dogs: Legion, online mode available ❯

Crash Bandicoot 4: It's About Time - How to get the Red Gem

Resident Evil 3 Remake - Guide to combinations of safes and lockers