Xiaomi Mi 11 Ultra - much more than we could imagine 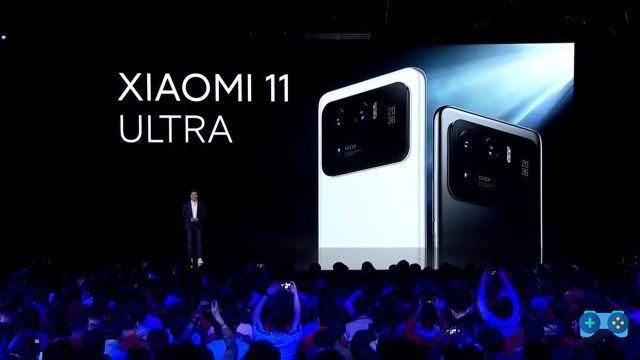 Xiaomi wants to amaze, going beyond the imaginary and presenting its vision of the future for what concerns the mobile world. The live streaming from China of the well-known manufacturer that is climbing the sales charts, even in the old continent, amazed everyone by presenting a smartphone that points to the absolute top-range of the moment and makes them look like ancient "gadgets from a glorious past".

The scene was exciting: A scuba diver without cylinders, went down to 50 meters with the phone switched on in one hand and after reaching the bottom, he showed the unit still working.

It certainly isn't IP68 certification which makes it totally refractory to dust and liquids, which surprised users watching the event, but how it was presented; with the risk that with such high pressure (even if for a few minutes), the device could very well stop working. However, Xiaomi was certain of its waterproofing system. And he amazed! You may wonder but how is it possible ...

It all starts with the design

With a weight of 234g, he is a beast with ceramic shell and equipped with a pressure valve to its internal, something absolutely unique for a smartphone.


In the presentation it was specified that this waterproofing is 100% guaranteed until the phone accidentally falls.

The device also features a second 1,1 "rear display, mainly to manage selfies and see notifications even with a smartphone placed on the side of the display.

The extreme level of construction doesn't stop there. The vapor chamber heat sink and the presence of phase-varying macromolecular material, (sorry if it looks like a supercazzola), increases the thermal conductivity index keeping the temperature always low even with intense use of the device. As a demonstration of the excellent thermal capabilities of the device, it was shown how it worked during a gaming session that put stress on the processor; well even in this case the temperature remained below the critical margins.

What if design isn't everything? 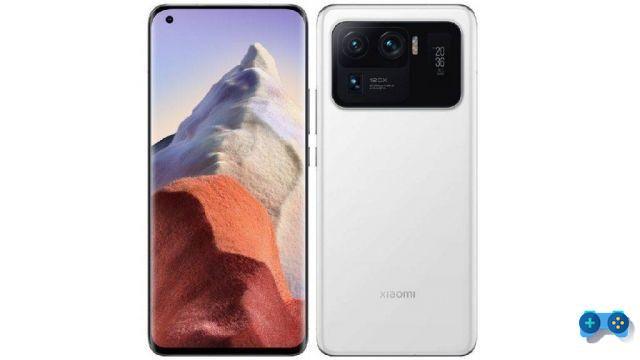 My 11 Ultra is equipped with a Samsung's 6,81 ″ quad-curved WQHD + AMOLED display. The display touches 1.700 nits of brightness, (will it be brighter than the sun?) And can reproduce 1,07 billion colors. Support for Dolby Vision HDR and HDR10 + are of course assured. The resolution is 3200 x 1440, with a 120Hz refresh rate, format 20: 9 and 515 ppi density, plus there is touch sampling at 480Hz (the response of the touch on the screen). Everything is protected by the top glass of "Corning", the Gorilla Glass Victus, the most resistant on the market. My 11 Ultra in addition, it has dual certified speakers harman / kardon, the IR transmitter, a USB-C port and the fingerprint sensor under the screen.

Ok, the processor Snapdragon 888 with 12 GB of LPDDR5 RAM and 256 GB of UFS 3.1 memory, it's not that innovative, but all this power is unleashed by a 5.000 mAh battery. If not even the many “mAh"Have thrilled you, know that it is not the" classic "drums of all time. This uses a new innovative material for the cathode, thesilicon oxide. According to Xiaomi this material possesses ten times the storage capacity of lithium ions compared to traditional graphite cathodes, increasing the energy density and thus increasing the life cycles.

This does not mean that it consumes more slowly during daily use and therefore the 5.000 mAh of this device is equivalent to 4 normal batteries, the duration is the same. However, this material allows a longer life cycle than other batteries. Generally, a smartphone recharged almost completely every day for a year, (therefore 365 charge cycles), decreases its capacity by about 12%, and with each passing year, this value drops more and more rapidly. This indicates the maximum charging capacity, and it is what you notice every year, when your smartphone struggles to reach 18 pm. In conclusion, the battery of this My 11 Ultra, will have a longer life than the others.

Charging reaches 67W (both with cable and wirelessly), therefore very fast. It takes 36 minutes to get from 0% to 100%. The package will include the cable and power supply. While for wireless charging the adapter must be purchased separately.


We left you the gem at the bottom: the photographic sector 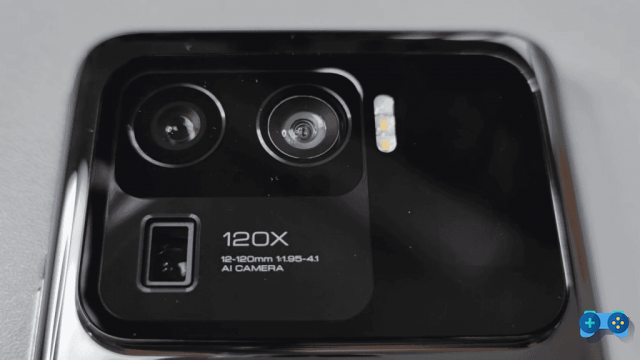 The main camera is the brand new Samsung GN2, one of the largest sensors on the market with a resolution of 50 megapixels: 1.12 ”. A sensor in front of which is mounted a large 8-element stabilized lens, with an aperture of f / 1.95 and an angle of view of 85 °. What makes the difference is not only the size of the pixel but also all the electronics: with possibility of dual pixel focus, dual native ISO and HDR video and in 8K.

The ultra wide camera is Sony, the inevitable IMX586 48 megapixel camera which, combined with an f / 2.2 lens, allows you to reach a 128 ° angle of view. The same sensor is also used for the periscope lens 5x, 10x in hybrid mode. Like all periscope lenses it is a bit dark, f / 4.1, but the advantage is to have a magnification factor that a traditional lens cannot guarantee.

There is also the 48 megapixel macro, which is done with super wide optics. According to Xiaomi it was useless to insert a fourth lens, the company therefore focused on the quality of the three existing ones. The Chinese company says it has adopted a multi-point "Time-of-Flight" laser focusing system, which features an accurate 64-zone depth map and likewise explains that it has also improved the algorithm. for the night photo, what time it is capable of capturing bright, detailed images with as little as 0,02 lux of light. Stunning to the end.

Break through any previous records

DxOMark awarded him the beauty of 143 points. Thus going right to the top of the ranking both for the photo quality, both in the videos, and for the Zoom (in short, it is a triple), surpassing all the competitors, (even iPhone). 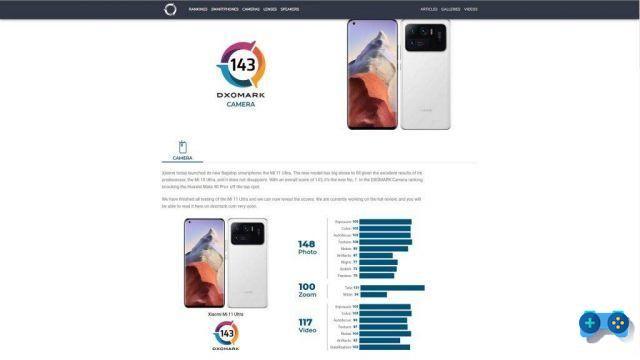 The price set in the global market is 1.199€ and the release date has not yet been formalized, but rumors say in April. A high price, but in line with that of the other top-ranges in the sector. Now Xiaomi only needs to fix its operating system, which is not among the best Android on the market, to enter the gotha of Android smartphones.

While waiting to discover all the news regarding the other devices, we remind you that to discuss the latest tech-themed news, you can join our community on Facebook, or our Telegram channel.

Scarlet Nexus: A new dev diary shows the creatures of the game ❯