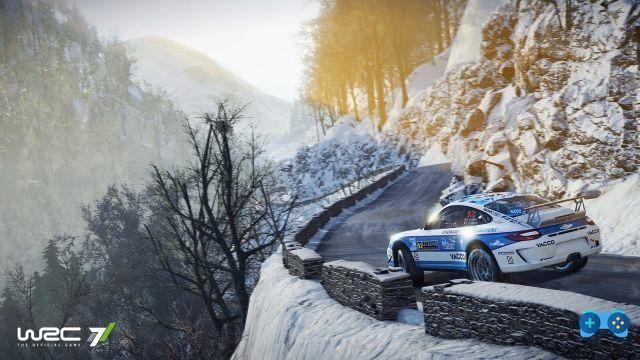 After the excellent chapters of the series Dirt in the videogame panorama of this motorsport something has changed. The quality of the titles Codemasters (albeit without official licenses) has completely changed the terms of comparison used so far. The various have tried Sebastian Loeb, the previous chapters of WRC, but none have managed to reach the level shown recently in the series Dirt.

And now, after 2 not exactly spectacular publications (WRC 5 e WRC 6), the French developer Kylotonn we try again to impose itself with WRC 7, latest version of the game with official license FIA of World Rally. After the last disappointing iterations of the franchise, the questions have been many, will the French house finally be able to create a chapter worthy of the important WRC license? Let's find out together in this review.

Let's start with the basics

From our first start we will be introduced in what will be simple tests (called stages) that will allow the game to establish our skill behind the wheel. Do not worry, even if you end up off the road, you will puncture a tire or worse you will end up down a cliff, it will be possible to change settings later through the options menu. After this short tutorial we will find the same modes present in the previous chapters: fast races, customized seasons, the WRC career and the multiplayer sector.

Content-wise the developers did a good job; in fact, the 3 championships are present WRC (WRC Junior, WRC 2 e WRC), all 13 official stages for a total of over 60 different races. The focus of the game is certainly the career, a mode that unfortunately does not present great news compared to the past. In fact, we will start as usual from the lower categories competing in the WRC Junior, up to the major championship of the WRC, trying to conquer the title of champion. A "safe" game formula, but which we believe would need a breath of fresh air so that we can perhaps increase interactivity and involvement. Great importance is also given to the multiplayer part of the game; in addition to the Hot Seat mode (up to 8 players) and the split screen races, the guys from Kylotonn will prepare weekly online challenges complete with a global ranking.

The engine under the hood

The graphic aspect is one of the elements that has received the most attention in this new chapter. Even if the graphics engine used is the same as WRC 6, the development team has made the most of it, obtaining an overall excellent graphic rendering. We are still far from the results obtained with other productions, but the result is more than appreciable. Great work has been done regarding the creation of the tracks, in this chapter much more "credible" and "real" than in the past. Finally it will be possible to notice substantial differences between the various types of terrain present.

The interiors of the vehicles, the lighting system and the visual depth are also excellent, the various particle effects must be completely reviewed, as well as the animations of the public and the damage to the vehicle. the driving model seemed more balanced than the previous versions, placing itself in the middle between an arcade setting and a more simulative one. 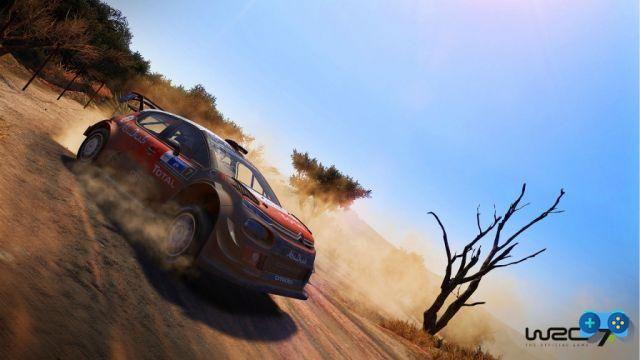 Unfortunately, even this chapter is not free from defects. In fact, if on the one hand we can finally be satisfied with an improved graphics sector and a more elaborate driving style, we cannot say that we are otherwise satisfied with the physics of the game, the Achilles heel of the series.

The cars in our possession seemed too "light" to us, moreover, it will often happen to come across anomalous bounces of the car, with collisions with objects on the track (rocks, walls, poles, hay bales) unreal and unpredictable. Another negative note is certainly given by the navigator's voice, imprecise and with annoying (and unjustified) changes of tone. 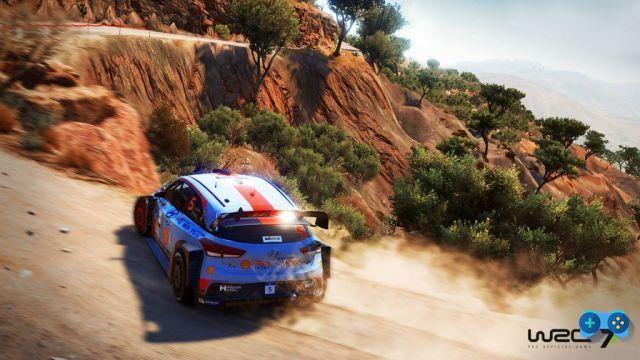 WRC 7 definitely goes a step further than in the past, effectively improving some of the critical elements of the series. Thanks to an improved graphics sector, a good amount of content and a completely revised driving model, this new chapter with official WRC license will be able to entertain both rally fans and those who want to approach the genre for the first time. Although not perfect (first of all, the physics of the vehicles should be completely revised, as well as the career should be improved) we can safely say that this WRC 7 is the most successful chapter of the franchise, and we hope that for the French company it represents the basis from which leave for the future.

MediEvil - Guide to the nine bottles of life ❯