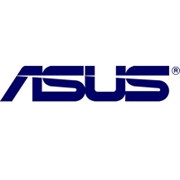 Exceptional qualities of reliability and performance even in overclocking!

ASUS is pleased to announce that the motherboard P9X79 Deluxe is the first to be awarded the certification Intel XMP.

The motherboard that mounts the chipset X79 in fact, it proved to be reliable and compliant in the management of the 2400Mhz Ram, gaining the certification of Intel Extreme Memory Profile. 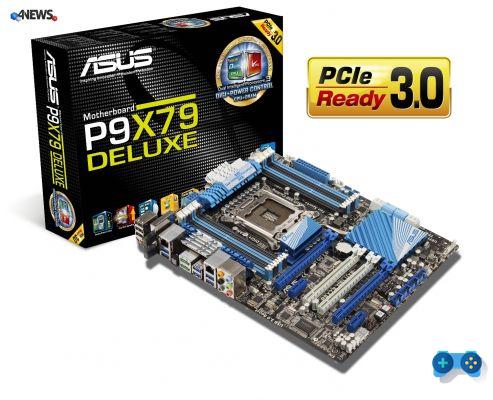 The ASUS P9X79 DELUXE was awarded the Extreme Memory Profile rating for its outstanding RAM optimization, reliability and overclocking capabilities

Cernusco sul Naviglio, 12 December 2011 - After the extraordinary success of the series of motherboards based on the X79 chipset, ASUS confirms its role of absolute protagonist in the motherboard sector with the conquest of an important recognition: the P9X79 DELUXE it is in fact the first motherboard for Socket LGA 2011 to be awarded the Intel® certification Extreme Memory Profile (XMP), by virtue of its 2400 MHz RAM.


In addition, another ASUS model, the ROG Rampage IV Extreme, has established the current RAM speed record on the X79 platform, or 2700 MHz: a result obtained thanks to the precision and completeness that distinguishes the development and test processes, combined with the choice of an investment focused on overclocking technologies to obtain maximum power.

Intel®, in partnership with ASUS and Kingston®, has actively supported the implementation of XMP standards to reward projects aimed at creating exceptional performance memory to meet the needs of high-end gaming or other applications where it is needed. overclocking. These are motherboards that must necessarily support higher memory voltages, as well as more flexible timing and tuning options, higher clock speeds and the highest possible design effectiveness. The P9X79 DELUXE is the first XMP-certified Intel® X79 chipset motherboard to offer users 2400 MHz memory support: opening up new possibilities for top-level performance, thanks to the guarantee of a significant improvement in terms of security and stability.
As an official Intel® program, XMP is designed to evaluate and certify motherboards, to offer customers additional quality assurances such as superior reliability, secure and stable overclocking as well as a state-of-the-art level of performance. The certification includes elements that go beyond the main reference specifications and, in the case of the P9X79 DELUXE, it is perfectly in line with the belief of ASUS that every customer is entitled to the best possible hardware ever and without compromise. XMP certification for the P9X79 DELUXE was achieved using Kingston® HyperX quad-channel memory kits, the result of a long-standing collaboration with leading memory manufacturers ASUS.


“Kingston welcomes the milestone achieved by ASUS P9X79 DELUXE as the first Intel XMP-certified X79 card, which was achieved with the use of the Kingston HyperX quad-channel kit. We are delighted to be partnering again with Intel and ASUS to bring this new performance-enhancing solution to market, ”said Ann Bai, Kingston DRAM Memory Sales Director - APAC Region.

More information on the Intel® XMP program can be found at the following link:

With its support for faster memory and more stable overclocking, the Rampage IV Extreme has played an important role in demonstrating how far RAM speed can go on the Intel® X79 platform. It was recently used in a system capable of reaching 2700 MHz DDR3, configured with 16 GB of G.Skill Ripjaws Z DDR3-2400 (4GB x4) at 1,65V. ASUS engineers used 64GB of G.Skill Ripjaws Z DDR3-2133 (8GB x 8) at 1,5V on the P9X79 DELUXE, reaching the speed of 2133 MHz and demonstrating a high potential for overclocking stability at the moment of maximum use of the memory. Since the development cycle of any ASUS motherboard involves meticulous testing with hundreds of memory modules from all major RAM manufacturers, those using ASUS cards can count on the highest level of compatibility on the market. The pre-launch test also includes rigorous overclocking tests, aimed at ensuring that each model is capable of withstanding levels of performance far beyond any possible reference.

Maximum flexibility and top performance thanks to the 8-DIMM design

ASUS P9X79 series motherboards and Rampage IV Extreme offer the best of Intel® X79 implementation. These models meet user expectations for maximum performance with 7nd Generation Intel ® Core ™ i8 processors and offer an 64-DIMM design that supports up to 3GB of DDR9 memory in a quad-channel configuration. Users can therefore choose the type of module that best suits their budget and needs. Furthermore, to fully ensure the overclocking capabilities, the meticulously designed and implemented structure of the card, which uses the exclusive ASUS DIGI + Power Control architecture for the regulation of the memory voltage, fully digital for both the CPU and DRAM. The result is greater flexibility, a higher level of efficiency and, consequently, a much better overclocking condition. The fact that the P79X79 DELUXE has been classified as the first XMP X2400 certified motherboard with XNUMX MHz RAM, only reaffirms that ASUS's goal is to continue to smash new overclocking records and reach ever higher levels of optimization, so to continue to reap success both with the public and on the market.

More information at www.asus.com
Do you want to complete all the achievements and trophies and know all the tricks, guides and secrets for your video games? SoulTricks.com is a group of video game fans who want to share the best tricks, secrets, guides and tips. We offer the best content to be a source of useful information, so here you can find guides, tricks, secrets and tips so you can enjoy your games to the fullest. Are you ready to get all the achievements of that game that you resist so much? Enter and enjoy your favorite video game to the fullest!
Fairy Tail Side Stories, a spin-off of Fairy Tail will arrive in May ❯