If you are “hungry” for magic and great fans of FAIRY TAIL, then surely you can't miss the imminent arrival of the spin-off of the master's beloved work Hiro Mashima!

Fairy Tail Side Stories will introduce us to the other guilds of powerful wizards who populate the wonderful kingdom of Fiore, and the background on some of the less in-depth characters of the flagship series. You would like to learn more about twin dragons of Sabertooth, of Gajil the Steel Dragon and the other crazy characters created by the volcanic mind of the master Mashima?

From 8 May you can do it, because Fairy Tail Side Stories n. 1 will arrive in the comic store, bookstore and Amazon!

In a guild like Sabertooth, doing the master's degree is really a daunting task, and Sting he will soon understand at his own expense. Fortunately, despite some small misunderstandings, he can always count on the help of his friends! But when the relationship with his “natural” teammate, aka Arrogant the Shadow Dragon, the two arrive to dissolve the team of twin dragons, and ...

Fairy Tail Side Stories n. 1 will be available from 8 May in the comic store, bookstore and Amazon!

Hiro Mashima is a Japanese mangaka born in 1977 in Nagano. He jumped to the honors of the public of fans with the title RAVE MASTER, published by Kodansha in the magazine "Weekly Shonen Magazine" from 1999 to 2005. His most successful work, the manga FAIRY TAIL, has been published in the same magazine since 2006 to 2017, while from 2018 the serialization of the new work, EDENS ZERO. 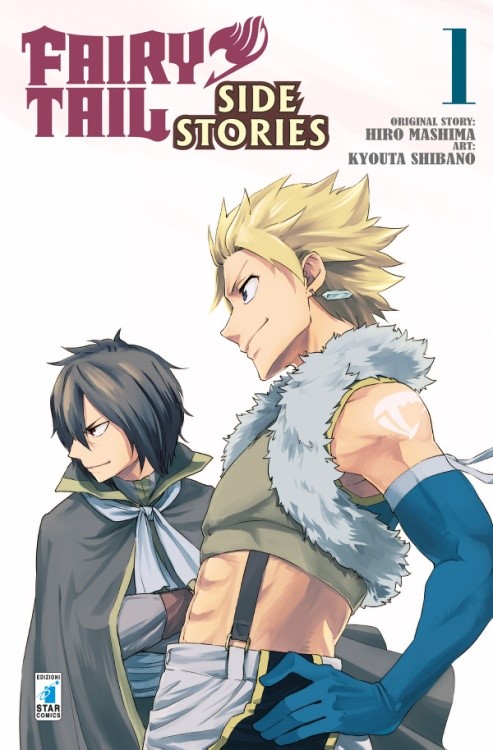 Do you want to complete all the achievements and trophies and know all the tricks, guides and secrets for your video games? SoulTricks.com is a group of video game fans who want to share the best tricks, secrets, guides and tips. We offer the best content to be a source of useful information, so here you can find guides, tricks, secrets and tips so you can enjoy your games to the fullest. Are you ready to get all the achievements of that game that you resist so much? Enter and enjoy your favorite video game to the fullest!
Nioh 2 Complete Edition review ❯

Add a comment from Fairy Tail Side Stories, a spin-off of Fairy Tail will arrive in May