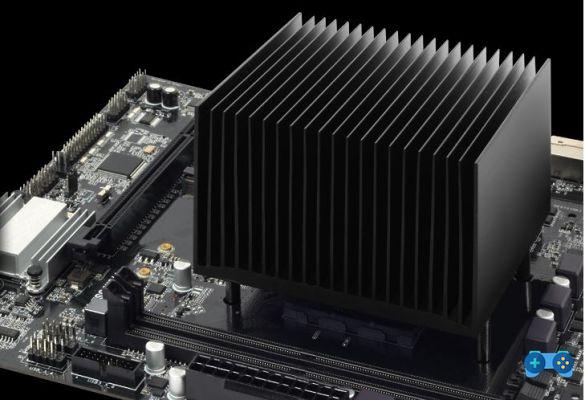 Until a few years ago, thinking of a PC dedicated to gaming with passive dissipation was practically a utopia. In fact, only the entry level processors of AMD and INTEL could be equipped with a passive cooling solution that was able to keep temperatures and thermal throttling at bay, but these processors were absolutely not recommended for gaming use due to performance. really ridiculous.

The adoption of construction technology a 14nm FinFET in replacement of that at 22nm, both by Intel and AMD, greatly reducing consumption, has also greatly reduced temperatures, while improving performance. For a couple of years now, with the arrival of the 3th generation Ryzen 3 and iXNUMX processors, the first processors have finally arrived on the market capable of guaranteeing more than respectable performance in the gaming field, with very low TDP and it is the possibility of creating gaming machines with passive dissipation has become a reality, perhaps to be used in the living room or bedroom, where maximum silence is essential.

Probably with the living room pc market in mind, Arctic, a specialist in pc cooling solutions, has recently launched its new line of passive heatsinks on the market. Arctic Alpine, a solution designed for both AMD machines (on AM4 socket) and Intel machines (1151, 1150, 1155, 1156 sockets)


The Arctic Alpine 12 heatsink (the version for AMD processors is simply called Arctic Alpine AM4) is a parallelepiped of anodized aluminum in a matt black color. The considerable weight (557 grams for the AMD version, 507 for the Intel version) and the dimensions (slightly higher for the AMD version as you can see in the image below) let you perceive the excellent quality of the materials. On the bottom, in the part in contact with the IHS of the processor, a thin layer of MX-4, the award-winning thermal paste from Arctic, has been pre-applied, which speeds up installation even more.

Installation is really immediate: there is no installation leaflet in the package, but only a small card with a QR code from which you can access the online instructions. To install the heatsink it is necessary to have access to the bottom of the motherboard: the heatsink is fixed to the processor, thanks to four screws with spring which, inserted from the bottom of the board and hooking to the four holes in the lower part of the heatsink, hold it firmly on the CPU. 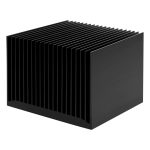 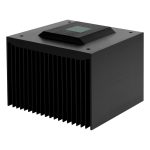 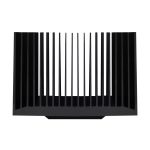 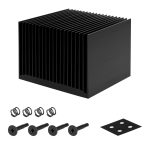 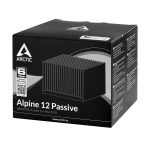 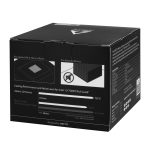 The choice to use anodized aluminum, as well as being preferable from an aesthetic point of view, it responds to a specific engineering objective: improve heat dissipation, even in the absence of a ventilating body. Anodizing, for those who do not know, is obtained by placing the object to be treated at the anode (the electrode on which a semi-oxidation reaction takes place) and then discharging oxygenated products into it. The oxygen that is released causes the formation on the surface of a thin and compact oxide layer which has insulating properties. But the oxide also determines the rise of a certain microporosity which optimizes the heat exchange between the aluminum and the surrounding air by improving heat dissipation.

The two processors have very different characteristics and therefore consumptions. The Intel i3 7100 processor, launched in the first quarter of 2017, with its 2 cores and 4 threads traveling at a frequency of 3,90 GHz is equipped with an Intel HD630 graphics compartment and has a TDP of just 51w. The Ryzen 2220g processor, launched in February 2018, on the other hand, is equipped with 4 physical cores and 4 threads traveling at a maximum frequency of 3.7 GHz. Furthermore, the processor is the first Ryzen to be equipped with a Vega 8 graphics card, with 8 dedicated cores; all this in one TDP higher than Intel, but very low, just 65w. The heatsinks equipped as standard with these processors are also different. 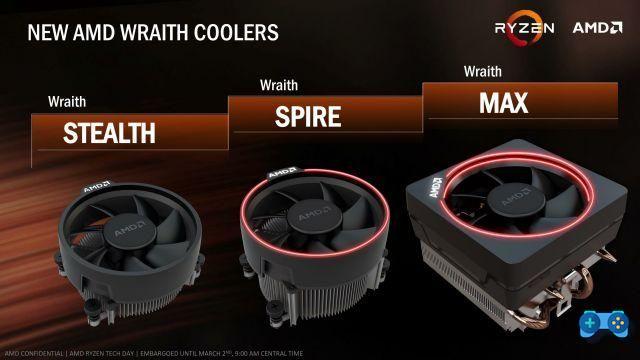 While the AMD processor is equipped with the very good Wraith Stealth, a heatsink that is not only very aesthetically beautiful but also efficient, Intel instead has remained anchored to its PCG 2015C, an antiquated, noisy and decidedly inefficient dissipation solution. 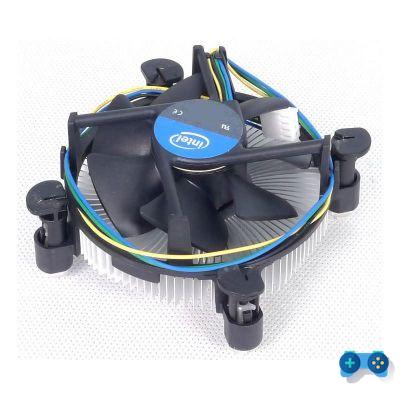 In our test of the Arctic Alpine heatsink we therefore compared the standard dissipation solution supplied as standard with its fan, with that of Arctic that we tested instead in a completely passive configuration, thus deactivating every fan of the case. As you can see in our graphs below, the passive solution causes a higher overheating of the processor to an absolutely acceptable extent and in any case well within the limits imposed by the manufacturer, which for both processors is 95 ° celsius.

However, the acoustic advantage is absolute. If compared to the Wraith heatsink, efficient and rather silent, the advantage may not be so marked, the difference with the Intel solution is really important. The Intel PCG 2015C heatsink indeed is just 8,3% more efficient in both Idle and Full Load from a thermal point of view, but it is definitely noisier. 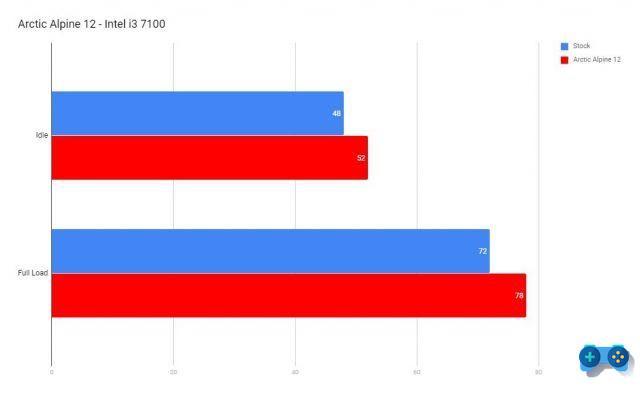 On the contrary, the delta between the AMD solution and the Alpine one reaches up to 20% in idle and about 12,5% ​​in full load. It must be considered, however, that if you give up an absolutely passive configuration and agree to use at least one of the fans supplied with the case, the advantage of the series solutions is further reduced. 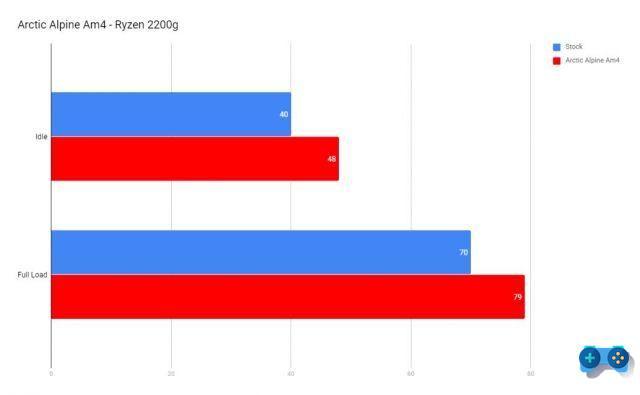 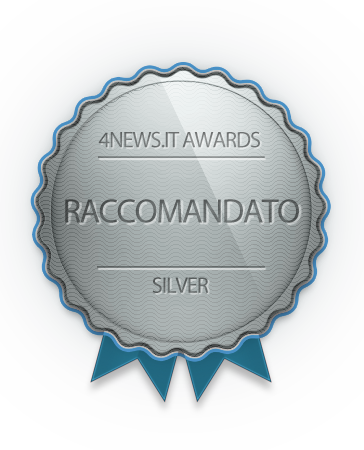 Ultimately, the Arctic Alpine dissipation solution, in the two variants for AMD and Intel processors, is absolutely recommended to all those who are trying their hand at building a machine that has silence as its first goal. Of course it is not possible to use processors with high TDPs, since everything must remain in a maximum range of 65w and you have to give up overclocking, but thanks to increasingly efficient processors the dream of a computer with zero acoustic impact is getting closer and closer.

The heatsink Arctic Alpine is available at a price of € 12,99 on Amazon at this address (here the version for AMD processors) 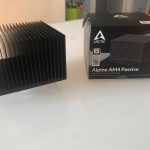 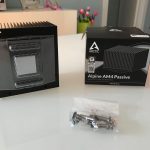 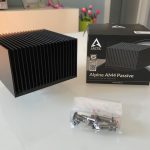 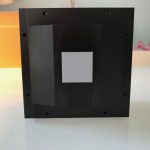 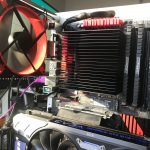 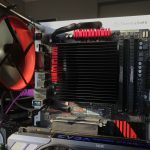 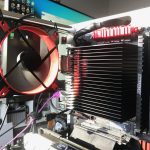 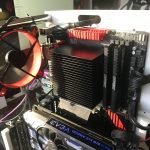 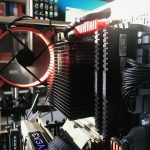