AMD Ryzen Pro, the new processors dedicated to businesses and the public sector 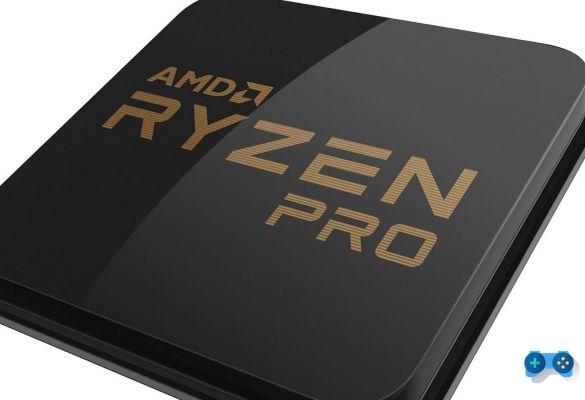 AMD does not stop and today announces the new line of Ryzen PRO products, dedicated to business and public sector implementations.

The new Ryzen PRO processor based on the Ryzen family includes specific versions of Ryzen processors, up to 1700x as can be seen in the table below, able to offer a level of security never seen before, thanks to the encryption and security technologies integrated directly into the hardware in order to protect the system from more and more threats.

In addition, the new processors provide higher computing capacity, which increases up to 52% more than the previous generation PRO from AMD and an increase up to 62% performance in multi-threaded sul Ryzen ™ 7 PRO 1700 compared to competing solutions under consideration. The new processors are expected to arrive by the end of 2017 while the mobile versions are expected for 2018.

For more information, please refer to the press release in English at the bottom of the news, while for a complete overview of the new family safety implementations AMD Ryzen PRO you can download the white paper at this address.

"Today marks another important step in our journey to bring innovation and excitement back to the PC industry: the launch of our Ryzen PRO desktop CPUs that will bring disruptive levels of performance to the premium commercial market," said Jim Anderson, senior vice president and general manager, Computing and Graphics Group, AMD. "Offering a significant leap in generational performance, leadership multi-threaded performance, and the first-ever 8-core, 16-thread CPU for commercial-grade PCs, Ryzen PRO provides a portfolio of technology choices that meet the evolving needs of businesses today and tomorrow. "

Delivering breakthrough responsiveness for the most demanding enterprise-class applications and multi-tasking workflows, the 'Zen' core in every Ryzen PRO processor provides up to 52 percent improvement in compute capability over the previous generation [i], and the Ryzen ™ 7 PRO 1700 offers up to 62 percent more multi-threaded performance than select competing solutions [ii].

Availability
The world's largest suppliers of commercial client desktops are expected to provide Ryzen PRO-based PCs to businesses worldwide in the second half of 2017. Ryzen PRO mobile is scheduled for the first half of 2018.

add a comment of AMD Ryzen Pro, the new processors dedicated to businesses and the public sector