You want to buy a smartphone or tablet but when it comes to capacitive touchscreen display you are having difficulty understanding the difference between IPS screens and PLS screens (Super PLS)? Don't worry, in short you will understand the difference between the two technologies, all you have to do is read this guide because at the end you will have a complete vision of why there are displays with IPS technology and displays with PLS technology. 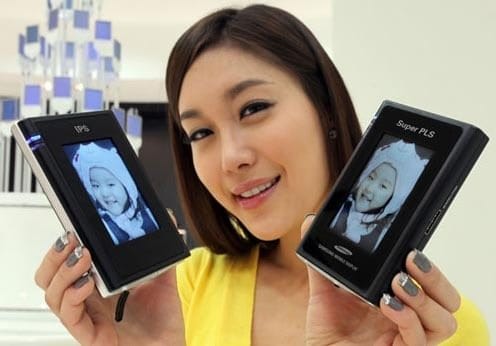 La IPS technology (In-Plane Switching) is used in the realization of LCD displays and solves the limitations that the previous TN (Twisted Nematic) technology had in the faithful reproduction of colors and viewing angles. Over time, IPS panels have spread to the screens of televisions, smartphones and monitors. Their advantage lies in the fact that in IPS screens the liquid crystal molecules do not move perpendicularly but parallel, and this allows viewing angles close to the flat angle, with greater color rendering.

Introduced in 2009 with LCD screens, by LG (a South Korean company that deals with the production of screens), the IPS technology it is mostly used in tablet and smartphone screens, with the exception of Samsung products, which after years of investments introduced Super PLS (Plan to Line Switching) technology in their screens at the end of 2011.

La difference between IPS screens and PLS screens (Super PLS) it is mainly due to the fact that while IPS screens have a viewing angle of up to 178 °, with PLS screens it can be as much as 100%.

I display PLS Samsung's have a higher brightness (greater than 10%) with resolutions that can reach 1366 x 768 pixels. In addition to the brilliance and the reduction of production costs, the PLS technology allows the creation of flexible panels and are born as an alternative to the IPS produced by LG.