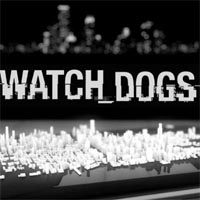 A few hours ago through Uplay A page appeared containing the system requirements for Watchdogs, coming to Xbox 360, PlayStation 3 and PC on November 22nd and Next Gen at the launch of their respective consoles.

Obviously we would like to underline that these requirements have been canceled and therefore not confirmed. Secondly, it should be noted how some voices are pumped up and a bit strange. Here is the original list:

The two voices that clash are inherent: one to the "eight core" processor and because at the moment the quad architecture is very satisfactory and Watchdogs does not seem to show such expensive technical characteristics in terms of hardware, also because logically an apparently complex game would have risked cancellation on current gen.

The second, on the other hand, concerns the 64 BIT operating system also for the minimum requirements. Will there therefore be a cut with the 32Bit architecture after years of doubt? And the game first of all, will it be able to take full advantage of this and a hypothetical 8-Core?

In short, while waiting for the original ones we propose you to take a look under the hood of your PC, because there will be many interesting games but also bringing with it a sharp surge in hardware requirements.

Do you want to complete all the achievements and trophies and know all the tricks, guides and secrets for your video games? SoulTricks.com is a group of video game fans who want to share the best tricks, secrets, guides and tips. We offer the best content to be a source of useful information, so here you can find guides, tricks, secrets and tips so you can enjoy your games to the fullest. Are you ready to get all the achievements of that game that you resist so much? Enter and enjoy your favorite video game to the fullest!
iOS, the latest update fixes a security hole ❯

Garrosh lands on Heroes Of The Storm

Mafia 3, here is the mod that improves the graphics on PC

Add a comment from Watch Dogs, system requirements for PC