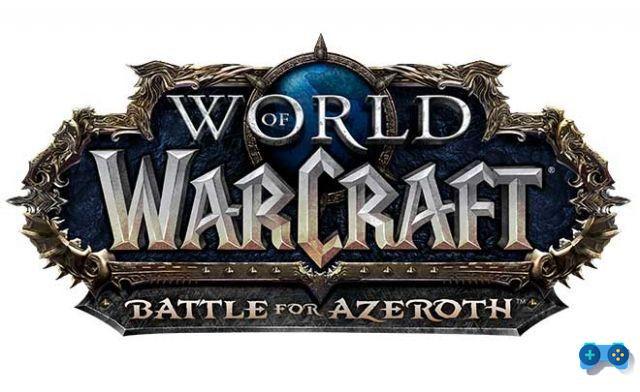 The seventh expansion for World of Warcraft, Battle for Azeroth, will be released on August 14, 2018. And you, who will you join?

As with previous expansions, an early patch will be released in the previous weeks Battle for Azeroth, according to PC gamer.

Factional guerrillas are, after all, the soul of the expansion Battle for Azeroth - a return to the real-time strategy of the old Warcraft. As the user progresses into the new areas of the Archipelago, he will come across enemy territories and conflicts. Additionally, the new, infinitely repeatable island missions will intelligently send enemy factions to their target; all of this, of course, at the same instant in which the user will also be present in that specific area. Finally, there are 20 new War Fronts, real simulations of RTS campaigns, with buildings, resources and units.

Furthermore, they have been additions new Allied Races, level cap increase to level 120, a new Heart of Azeroth artifact for gear, new loot, and more. Not only that, by pre-purchasing Battle for Azeroth the user will have access to various bonuses; in fact, players will receive the character boost at level 110, and can begin earning the respect of one of the four Allied Races. Finally, they will ride the Golden Devasaur of Zandalar (Horde) or the Sea Stallion of Kul Tiras (Alliance) by purchasing the Digital Deluxe Edition.


remind you that Battle for Azeroth will be available for PC via Blizzard DRM from August 14, 2018. And you, who will you join?

Do you want to complete all the achievements and trophies and know all the tricks, guides and secrets for your video games? SoulTricks.com is a group of video game fans who want to share the best tricks, secrets, guides and tips. We offer the best content to be a source of useful information, so here you can find guides, tricks, secrets and tips so you can enjoy your games to the fullest. Are you ready to get all the achievements of that game that you resist so much? Enter and enjoy your favorite video game to the fullest!
Hollow Knight, guide and lore: Forgotten Paths III ❯

Silent Hill 4: The Room returns to PC via GOG today

The Shore: Ares Dragonis title is available on Steam

NieR Automata uses the Denuvo protection system on a PC