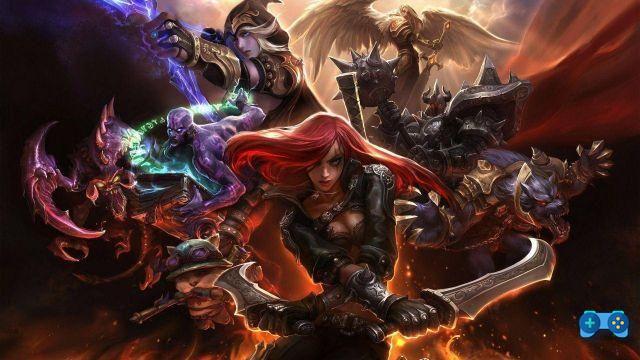 league of legends it has a very deep and interesting story more than any title Riot Games. The developers decided to take the samples off the Rift and put them on film.

Let's face it, Riot Games often presents behind the scenes through trailers and posts on his social networks, a specialist in showing samples beyond the Summoners Rift. We have had the proof with the K / DA, they have created more stories beyond the basic ones of the champions and have been successful musically and in performances even before the tournaments Export di League of Legends.

With the worldwide success of K / DA, it seems the developers are eager to build on the riches they bring league of legends to cinema and television, creating a “cinematic universe”.

Both of these new roots will differ from the anime series "Arcane" which will arrive later this year. The series will reportedly dive into the lore of famous champions such as Caitlyn, Jinx, Vi and Warwick.

It's a busy time for the developers, but all the signs are positive and we could admire a series LoL Netflix in the next future.

Do you want to complete all the achievements and trophies and know all the tricks, guides and secrets for your video games? SoulTricks.com is a group of video game fans who want to share the best tricks, secrets, guides and tips. We offer the best content to be a source of useful information, so here you can find guides, tricks, secrets and tips so you can enjoy your games to the fullest. Are you ready to get all the achievements of that game that you resist so much? Enter and enjoy your favorite video game to the fullest!
Ubisoft's Happy Holidays: Games and content available for free ❯

Add a comment from League of Legends lands (probably) on TV