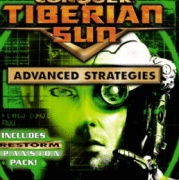 To raise the hype for the arrival of the new chapter of C&C, in the meantime EA offers us an old glory for free.

Tiberian Sun and expansion Firestorm have been added to the freeware list it already contains Tiberian Dawn e Red Alert.

Command & Conquer: Tiberian Sun is a video game developed by Westwood Studios and released by Electronics Arts back in 1999 for PC. The plot of the game takes us a few years after the events narrated in the first chapter of Command & Conquer: Tiberium continues to grow and the terrestrial population struggles to find hospitable places. Horrible mutations shock the bodies of those who remain exposed to the mineral-biological from space. The GDI (Global Defense Initiative) continues in the defense action against the improper exploitation of the dangerous mineral but the defeated Nod reorganize themselves to give life to new battles that will set the planet on fire and sword.

Instructions to run Tiberian Sun with Windows XP-VISTA-7:
Download the 1,24GB rar archive from the official website or mirrors listed at the bottom of this post. Unzip the archive into a folder (the game does not need any installation). Run the tibsun_regadd.reg file to add the correct registry entries. Enter the SUN folder (containing both the main game and the expansion) and locate the SUN.EXE file. Set the compatibility of SUN.EXE with Windows 95. Run SUN.EXE and the main menu will start where you can select whether to play with Tiberian Sun or with the Firestorm expansion.