Overwatch also on the list of NVIDIA Reflex games 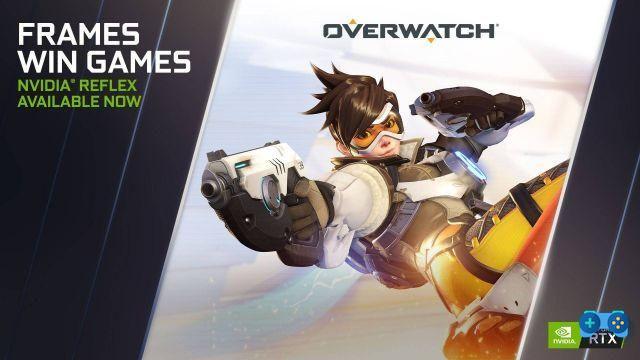 Rust and Ghostrunner are coming

NVIDIA today announces the addition of NVIDIA Reflex to Overwatch: all gamers with a GeForce GPU will be able to benefit from this technology starting now. NVIDIA Reflex allows you to reduce system latency to further improve players' competitiveness by allowing them to spot targets faster and react faster by increasing aiming accuracy simply by enabling NVIDIA Reflex in the game settings.

"NVIDIA Reflex is a real game changer, with up to 50% lower system latency."

After a few weeks of testing on the public server, NVIDIA Reflex is available today on the live version of Overwatch, reducing system latency by up to 50% for a significantly more responsive experience.

Having a tool that can make split-second improvements in enemy detection can make the difference between winning or losing, and NVDIA Reflex is the right tool. By reducing system latency for Overwatch players, Reflex ensures the best experience for all players regardless of the character, skills or weapons used.


“Everyone in Rust wants you dead, reducing latency with Reflex will give you an edge over your enemies. It's really as simple as enabling Reflex through the options menu ”.

Among the improvements related to NVIDIA Reflex:


For more details you can read the full article GeForce.com. While if you want to know which games support the new NVIDIA Reflex feature, take a look here

The Greatest, the new series for the 50th anniversary of Queen is available on YouTube ❯