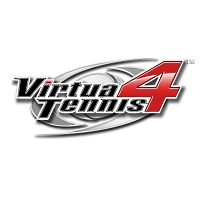 The best-selling tennis simulator even on PC

The publisher SEGA recalled, through an official press release, the availability in stores starting today, of the PC version of Virtua Tennis 4, a new chapter in the most popular tennis simulator series.

The Personal Computer version will basically have the same characteristics as the console versions and will also be able to count on other elements such as a better online sector.

The game will allow you to take part in incredible matches against the most important champions of this sport and will also allow you to create your own champion to participate in tournaments through the new career mode.

Before leaving, below you will find the official press release with more details:

LONDON (July 8, 2011) - SEGA® Europe Ltd. is proud to announce that Virtua Tennis 4 will now be available for PC as a retail version across Europe.

Virtua Tennis 4 for PC includes all the features of the console version, an enhanced online mode, leaderboard and a brand new clubhouse where you can meet your friends.

Fans of the world's best-selling tennis game will be able to relive the tension in a real match as they face champions like Rafael Nadal, Roger Federer, Andy Murray, Juan Martin Del Porto and Caroline Wozniacki. In addition, players will be able to create their own champion and participate in tournaments with an all new career mode. You can also use your tennis player online and reach the Olympus of champions.