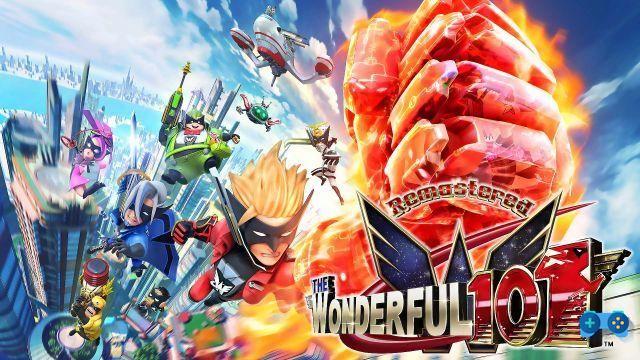 With the arrival of its latest update, The Wonderful 101 Remastered also sees one Free demo which allows you to recruit Bayonetta in their own team.

Although the game originally came out on Wii U, the cult classic of Platinum Games debuted earlier this year, giving new life to the title on consul e PC. For those who have not yet had the opportunity to try the game, it is available an extensive free demo, which sees the appearance of another familiar face of the Platinum house.

The demo, according to what Platinum announced, is available on all platforms and lets try the first two hours of the game. Specifically, the demo also contains "Wonder-Bayonetta“, A miniaturized version of Bayonetta that will be recruitable into the superhero squad from the start, along with a plethora of equipment pieces and special items. Progress made in the demo will be saved and exported to the full version of the game if the player buys it.

With the release of the demo, Platinum also introduced a new update which features the "Wonder Code" function, which allows players to unlock codes and special items within the game. The first two of these codes allow you to introduce Bayonetta, Jeanne and Rodin. The codes are reported in the following tweet:


To celebrate the release of the Wonder-Size Cadet Demo, we're sharing two Wonderful Codes!
Use "UMBRANGIFT" to unlock Wonder-Bayonetta, and "ANGELSLAYERS" to Wonder-Jeanne and Wonder-Rodin!
More codes to come in the future, so stay tuned! # TW101 pic.twitter.com/559pBuy4O0

add a comment of The Wonderful 101 Remastered: demo available