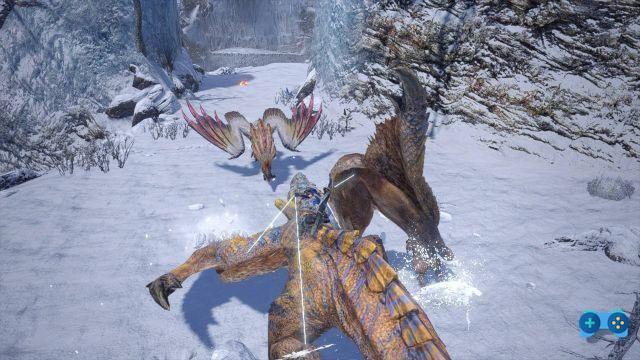 The Wyvern mount is the new way to mount monsters in Monster hunter rise. Instead of climbing onto a monster's back and taking it down for bonus damage like in previous titles, Rise allows you to ride and control monsters in combat. If you are cunning, you can use it to your advantage and inflict heavy damage on the target monster.

Before diving into our tips, perform the “Learning to Ride” tutorial mission. It will teach you how to mount a monster and all the basics you need to know.

Even when you know how to mount a monster, you still have so much to learn about the Wyvern mount. In this Monster Hunter Rise guide, we will put you on the path to mastering this complex system.

You can ride with monsters almost anywhere

Getting a monster into a rideable state is easy enough - and we'll tell you how in a second - but once you're on its back, you can ride a monster almost anywhere. The timer at the bottom of the screen is very generous, so you can cover an entire map and still have time to move around in the saddle.


Monsters are also quite mobile. They can climb cliffs or jump off high ledges. If you're curious if a monster can climb, push it against a ledge for a few seconds. If it locks into place, it is preparing to jump. If you are still in control, you may have to take the longer way.

How to put the monster in position for the mount

To get a monster into a rideable state, you have to beat it with air strikes - you will know that you are dealing considerable damage because the numbers will have a blue tint. For target monsters, like any other monster in the quest log, the mount threshold is very high, which means you'll have to deal a lot more damage to ride it. But there are almost always other monsters on the map. These monsters have a much lower mount threshold.

The best way to start a hunt is to get close to a monster that isn't your target. Before he starts attacking you, hit him with an attack. After only one or two moves, you will be able to mount the monster. You can ride this monster to the target or until the Wyvern mount's time runs out. This is a fantastic way to start any fight and deal serious damage.

Once you have ridden a monster, its "duration" bar is reduced. It is rare for you to be able to ride the same monster twice in a single hunt, especially if that monster is your target. However, there is a loophole. If enough time has passed, you can use another monster to make an already ridden monster rideable again.


Throw one monster at the other (literally monster-thrower), this move will stun them both making the monster you just “rammed” rideable. In short, a sort of exchange.

Here's what to do to take advantage of the Wyvern mount system in most hunts:

It is a complex system and you will need a lot of good hunts to really get it. But once you master the Wyvern mount, you can really put the monsters in the game to work for you.

Use the Wyvern mount to get parts from monsters

One of the best parts of the Wyvern mount is the parts the monster can lose. During the battle, shiny parts detach from the monster you are flashing on and fall like real candy. This is a great way to get even more parts (useful for upgrading weapons and armor or building new ones) from the monster you're hunting. But if you're smart, you might as well get several parts from one of the non-target monsters.

How? Clashing the monster we are riding against another monster. This move will destroy and drop a lot of parts that you may not even have been looking for.

Any new monster could be ridden

If you take some time to hunt, which is not unusual as hunts become more complex and difficult, non-target monsters will leave the area and new ones will replace them (usually after 20-25 minutes). Since you haven't ridden these monsters yet, they will have a very low resistance threshold. This is great news for you, as you can go get another monster to sink another attack from the mounted Punisher.

If you notice a new monster that you haven't ridden yet, it might be worth breaking off your engagement with the target monster to try and make a new useful "friend".

Do you want to complete all the achievements and trophies and know all the tricks, guides and secrets for your video games? SoulTricks.com is a group of video game fans who want to share the best tricks, secrets, guides and tips. We offer the best content to be a source of useful information, so here you can find guides, tricks, secrets and tips so you can enjoy your games to the fullest. Are you ready to get all the achievements of that game that you resist so much? Enter and enjoy your favorite video game to the fullest!
Doom Review ❯

Assassin's Creed Valhalla - Guide: How to get Mjolnir (Thor's hammer)

Add a comment from Monster Hunter Rise - Wyvern mount guide, here's how to ride a monster!