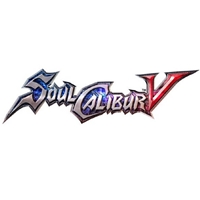 Everything you need to know about Soul Calibur V

Xbox 360 tested version.
In this article we will explain how to unlock all the extra content available within the title for all owners of Soul Calibur V.
As in any self-respecting fighting game, Soul Calibur V has a huge amount of extras and we at 4news.it have decided to show you the available contents and how to unlock them.

In Soul Calibur V it is possible to play in extra scenarios. To unlock the bonus scenario, you will have to fulfill some objectives set by the developers. Below I leave you with a list of extra scenarios that can be unlocked with the action to be taken to unlock the extra element.

Ancient Citadel - Peacetime: To unlock the following "stage" you must successfully complete Episode 4 in Story mode, alternatively it can be unlocked by reaching Level 7.

Chaos Astral - Pathway: This “stage” can be unlocked by fighting against Patroclus Alpha in Quick Battle mode or simply by reaching level 25.

Denever Castle - Assualt: To unlock the following scenario, you will need to successfully complete Episode 18 in Story mode or simply reach Level 18.

Denever Castle - Eye Of Chaos: The following stage is only unlocked by defeating Pyrrha Omega in Story mode.

Last Rites On The Battleground: You will need to complete Episode 18 in Story mode or reach level 40 to unlock the scenario.

Tower Of Glory - Most Holy Dichotomy: You will have to defeat Angol Fear in Arcade or Legendary Souls mode.

Tower Of Glory - Spiral Of Good And Evil: You will have to defeat Edge Master in Arcade or Legendary Souls mode.

Utopia of the Blessed: You will have to defeat Elyssia in Story mode.

Like in a self-respecting fighting game, Soul Calibur has an extensive list of rosters that can be used by players. Some of these are extra characters that need to complete certain objectives in order to be unlocked.

Let's see together what are the characters to unlock and how to unlock them.

Algol Fear: To unlock the character, simply defeat Algol in Arcade or Legendary Souls mode. It can be unlocked in an alternative way, by defeating Algol in Quick Battle mode with Teramos.

Alpha Patroklos: You must complete the entire Story Mode successfully.

Devil Jin Style: You will have to defeat Harada in Legendary Souls mode or in Quick Battle mode in the Asia path. Also for this character there is an alternative way, that is the possibility of unlocking him by reaching Level 5.

Elysium: Even for this character, you just need to successfully complete the Story mode.

Kilik: You will have to defeat Kilik in Legendary Souls mode or Arcade mode.

Below I will walk you through the extras you can unlock in Soul Calibur V. The extras that you will find below will not be characters nor scenarios, but "effect shots" that can then be donated to the PG, a particular game mode that will vary the Arcade experience, some weapons that will be used for some characters of the your roster and let's not forget the secret styles!
Let's see all this together.

To unlock the effect shots, just reach the level of the player indicated to unlock the corresponding effect:

The "Route Arcade"To be unlocked you must reach level 17. This Extra unlocks the path"Extras”In Arcade mode. This particular course features a new angle closer to the pitch and fixed at an angle, offering a new perspective for playing Soul Calibur V.


To unlock the weapon, you will need to reach level 25 to unlock “The Master Weapon”.

As in the previous Soul Calibur, also in this new chapter it is possible to unlock particular fighting styles.
The fighting style that I show you is:

You will be able to unlock and select this style, only after completing one of the following objectives:

-1 method: Defeat KATSUHIRO HARADA in the Quick Battle to unlock the style.
-2 method: After completing the Story mode it will be unlocked, in the Legendary Souls mode, HARADA, you will have to defeat him to unlock the style… it will certainly not be an easy encounter. For the ability to find him quickly set the search options for: Japan (Asian countries), Advanced and New opponent first.
-3 method: You will need to reach player level 5 to unlock the style.

For all trophy hunters (PS3) and achievements (Xbox 360), a guide to game trophies certainly could not be missing.

With this guide, I will go to illustrate the trophies / game objectives available by leaving a small description (as clear as possible) under each of them how to unlock them, in the hope that it will come in handy.

Fight in SOULCALIBUR V for the first time (excluding training and VS battle).

Trial of the Warrior

You will have to carry out 30 online battles [PlayStation Network or Xbox Live].

You just need to win 5 times (even if not consecutive) online and just keep the same style.

For this trophy I recommend using Ezio Auditore.

Simple to get, just use Ezio in a player match.

You will need to reach rank E4 in Ranked Match mode.

A reason to fight

You will need to reach rank E1 in Ranked Match mode.

You will have to send a replay of your victory.

Quick battle: you will have to defeat 50 opponents.

Life is a duel

Arcade: You will have to complete a course for the "online leaderboards" with a better register than your rival.

Quick Battle: Defeat 10 players with titles and use the title won on the player license.

Quick Battle: Defeat Harada TEKKEN. I advise you to look at the section of the secret style in the unlockables to know how to find HARANDA!

Crafting: Create a character with at least one gear and one pattern.

Creation: Create an icon by manually setting a frame and background (front and back).

You will have to slam the opponent into the wall 50 times, easily obtainable.

Adored from the sky

Perform 30 KOs with the Critical Blade.

Hands of the abyss

You will have to win by sending the opponent out of the ring 50 times.

You will have to get a perfect win 50 times.

Travel over 87.600 meters away in combat, trophy long the only advice is to play several games.

Knock out the opponent 25 times with one attack after a quick move.

Give in to temptations

Madness of a mad king

Guard failure 30 times (you will need to penetrate the guard).

Edit the music from the options menu.

You will need to win 20 matches on PlayStation Network or Xbox live.

Beginning of a legend

Arcade: Complete all courses on the hard level.

You will have to reach the maximum level of the player.

You will need to win 50 matches on PlayStation Network or Xbox live.

History is not written