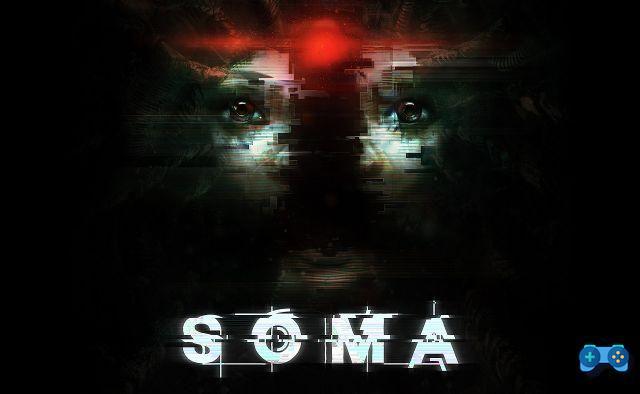 SOMA lands on Xbox One.

The small Swedish development team, Frictional Games, after the good success of the Penumbra and Amnesia series, now truly recoverable at a negligible amount, in 2015, he presented himself with a more ambitious project than the previous ones: SOMA.

Originally released on PlayStation 4 and PC in September 2015, it managed to obtain a good success among fans of the sci-fi / survival horror genre. After two years from its release, Soma has finally landed also on the Xbox One console. The title remains the same, but introduces a new mode, the Safe Mode, also available in the PC version and only in February will arrive on PS4, which allows the user to enjoy the story without having to worry about the monstrous threats that are around. Pathos 2. 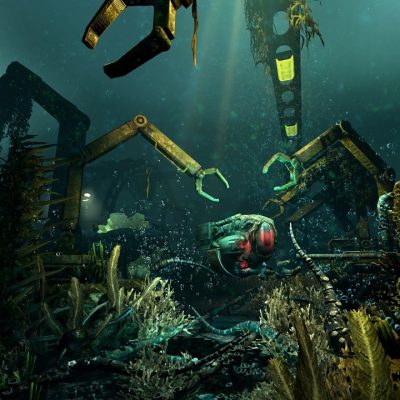 In the Ocean, no one can hear you scream.

We will take on the role of Simon Jarrett, who after miraculously escaped a car accident, suffered serious brain injuries and cranial hemorrhages. His life, although apparently normal, is instead tormented due to the serious injuries suffered that could lead to his death at any moment. To regain his lost serenity, poor Simon agrees to undergo an "experimental treatment" conceived by the almost Doctor David Munshi. For some strange reason the good Simon after the scan awakens in the underwater research facility, now in ruins, Pathos-II. There doesn't seem to be anyone on Pathos 2, only desolation and abandoned robots. The setting is very reminiscent of the Sevastopol Station from Alien: Isolation. Maintenance rooms, laboratories, canteen rooms, many corridors, small hiding places, warehouses, engine rooms and ducts. The difference is that instead of being in infinite space, we are at the bottom of the ocean miles from the surface.

After a few minutes, time needed to assimilate the mechanics of movement and interaction of the protagonist, we will be ready to explore the research structure. By accessing the first available terminal, we will discover that the protagonist has not only woken up in an unknown place but that the year is no longer the one in which it all began, that is 2015, but rather 2100. What happened? But above all how? You will have to look for the answers for yourself. Here you just need to know that the narrative plot is the backbone of the entire production. It is not just a matter of running away and hiding, sometimes with a lot of effort, but of putting together, piece by piece, a plot that is not predictable and never banal. In fact, scattered throughout Pathos 2 there are many documents, registrations, terminals which can be accessed to discover new details, personal notes of the "inhabitants" of the structure and much more. Furthermore, an aspect that should not be underestimated is the change that the protagonist undergoes.

"But what is this place, how did I end up here?"

One of the first statements that Simon makes terrified of what happened. Almost helpless and unable to get out of the situation in which he found himself. Then it is all a succession instead of certainties, of the ability of one's own means and of being aware that there is always a way out. He rolls up his sleeves, faces the threats that arise before him and reaches the end of the story, also thanks to some little help, changed, no longer afraid and now mature. The growth of the protagonist is from our point of view exceptional, from the first moments up to the credits. 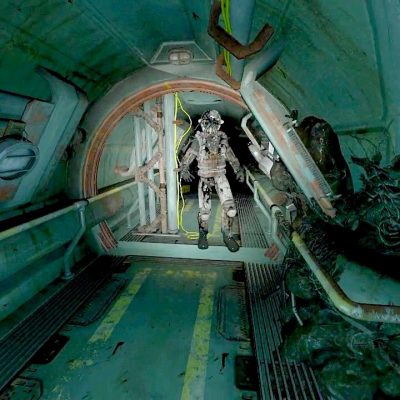 From a gameplay point of view, even in SOMA, as well as in other productions of the Swedish studio, we have no weapons. However, we can interact with many objects present in the game environments and possibly use them to mislead the enemies and open a passage to sneak behind them. The creatures present on Pathos 2 are not many, usually you will find yourself facing 1 enemy that wanders through the dark and damp corridors. But you have to pay attention. If you don't enable Safe Mode, you will sometimes find yourself with your back to the wall. The enemy AI is geared up, so they'll spot you pretty easily. In short, we will not be able to defend ourselves in any way, we have practically nothing that can make us feel remotely safe. If we are identified it is better to run away, try to find a makeshift hiding place, unfortunately a little bit, in fact there are no Alien: Isolation-style lockers in which you can completely repair yourself and wait for the threat to pass.

Also, be patient when you can't immediately figure out how to approach a section. Sometimes we will be asked to activate a terminal that will start a countdown at the end of which we will have to activate a lever, other times instead of recovering a particular object indispensable to continue, perhaps while a monster is walking around ready to do the skin. Therefore, observing the surrounding environment, perhaps identifying a small environmental opportunity, is really essential to continue. For the rest, the progression of the game is certainly not the most inspired. Press the switch, lower the lever, search for the right frequency to communicate with the other sections of the station, retrieve a code, components, reactivate the power, etc. Furthermore, the checkpoints are quite close together. The danger that creatures can kill us is contrasted by the certainty that if we fail, we will start from an easy point to start over. Perhaps, to maintain the suspense it was better to reduce the checkpoints.

Does not change much

We conclude by talking about the technical sector. The game, as mentioned at the beginning of the review, has been available on PS4 and PC for more than two years. Unfortunately there are no changes in the Xbox One version, the graphics engine is of course the same, TheHPL Engine 3 who manages to make his fair figure. The work of Frictional Games can be seen all in the system of lights and shadows of the settings, which manage to give that effect of anxiety and suspense so much sought after by the Swedish studio. If you want to live an even more satisfying experience, arm yourself with a nice pair of headphones, turn off the light and you will see how your heart will go to a thousand when you are hunted by the creatures that live on Pathos 2. For the less courageous instead, remember to enable Safe Mode, in this way the game will become a kind of walk, as you will enjoy all the elements of the plot but without the threat that monsters can harm you. Excellent enemy artificial intelligence, good characterization of the game environments and creatures. The only negative note, some drop in frame rate too much which, however, does not in any way affect the good gaming experience proposed by Frictional Games.

SOMA is a very good sci-fi / survival horror title. Game mechanics, certainly not sensational, are contrasted by a solid and never banal narrative plot. The Swedish guys managed to create the right mix between exploration and storytelling, keeping the right pace and never boring the player. Do not call us blasphemous, but to the various Aliens: Isolation, BioShock and company, SOMA has nothing to envy. Also considering the budget well below the two aforementioned titles, Frictional Games has managed to package a really great product that will make all fans of the genre happy.