Originally launched on Nintendo DS il 18 October of 2013, Shin Megami Tensei: Devil Surviror 2 is the sequel, not directly connected, to the original Devil Survivor that never arrived in Europe and launched 4 years earlier on the same console on the North American market.

Both Devil Survivor and Devil Survivor 2 boast an intricate and well-researched turn-based battle system and a very unique monster acquisition system; both also boast a re-release on Nintendo 3DS, the first with the Overclocked subtitle and the second chapter, the one we will analyze here, with subtitle Record Breaker.

It all starts a bit as a joke in Devil Survivor 2; our dear friend Daichi offers us to subscribe to a site that takes the name of Nicaea and that, apparently, he is able to allow users to see how people close to him will die. Strange, right? Yet what the site advertises will prove to be true, finding both Daichi and our character, together with the third entry of the group, Io, in the same situation proposed by the video showing their respective deaths.


It will be then that we will be offered to save our lives, at the cost of summoning some demons who, if defeated, will become our faithful servants and who, as we will discover a little later, will allow us to continue within the story until reaching of our ultimate goal.

A well-developed plot full of details, as well as impossible situations and seasoned by a large and varied cast of characters able to keep us glued to the screen of our Nintendo 3DS system for hours and hours. Furthermore, one of the peculiarities of the Record Breaker re-edition should not be forgotten: the presence of one second campaign, which takes the name of Triangulus Arc, able to keep us busy for another good handful of hours in a completely exclusive story that comes to life immediately after the events narrated in the Septentrione Arc, which is the main story of the title.

A mix between strategic and JRPG

In Shin Megami Tensei: Devil Survivor 2: Record Breaker the game mechanics that will be proposed to us will be many and each of them will play a fundamental role in the growth and development of our characters and our demons. Let's start by talking about the game interface, the launching bridge to all the possible and imaginable activities that the game offers us.

After having lived the first moments of the game we will be immediately introduced to the interface that will keep us company from there to the end of our adventure; thanks to a simple game menu we will be able to choose the places to go and we will be anticipated the type of events we will see, be they simple meetings, battles or events related to the continuation of the plot.


Through the "X" button we will have access to the "Demon Summoning App" of our phone which, as the name itself indicates, is our gateway to the world of demons and will allow us to keep in touch with Nicaea, from whom in time we will receive an e-mail with a video attachment showing the death of our friends; from the App itself it will then be possible to accessauction of demons, fusion menu of demons - essential in the creation of more powerful and unique demons - and finally to the menu of control of characters, where it will be possible to assign up to two demons per character and a set of skills that we can then use during the battles.

The combat system is based on the classics Strategic Role Playing Games, allied and opponent turns will alternate on game scenarios arranged in a grid; each character will have his own personal movement value, the higher this value, the greater the number of squares he can cross. Each character will also have their own range of action as far as attacks are concerned and if our range is less than that of the opponent, we will not be able to counterattack his attacks.

Outside of the battles themselves, we will be able to make use of particular skills able to reduce the movement skills of the enemies or their attack range, within the same, however, we will have access to a combat system very similar to that of the most classic JRPG: the character and the two demons assigned to him, in fact, will enter a further phase of struggle that will allow us to individually choose the skill to use and the target of the attacks; it will also be possible to secure a Extra round hitting the opponents' weak points or, vice-versa, being victims of Extra Turns by the opponents themselves in the event that they target our weak points.


A real strategic role-playing game that in addition to needing undisputed skills able to allow us to dominate the battlefield, especially in the absence of a massive number of allies (in fact we will always be victims of an exaggerated number of enemies), will also need of the right knowledge of the opponents, in such a way as to be able to create a real team of allies able to face any situation and able to take advantage of the weaknesses of all the opponents against us. 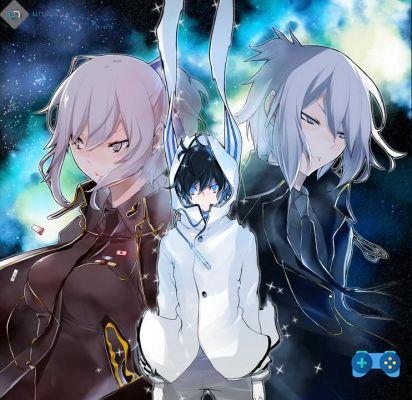 Remaster in name only

From a technical point of view, Record Breaker remains virtually identical to the original launched on the Nintendo DS more than 2 years ago; definitely overshadowed by more recent productions like Fire Emblem: Awakening and the now upcoming Fire Emblem: Fates, the technical sector of the game cannot keep up with the most advanced productions in the videogame field, proposing an unquestionably unique style, but which could have reached a higher level of quality if only more time had been spent in the creation of dedicated and non-dedicated assets. recycling those already present obtained from the previous version of the title.

Enjoyable the sector sonoro, that he gives us some daring songs and an unpublished complete dubbing as regards the narration of the main and secondary events present within the title.

Do you want to complete all the achievements and trophies and know all the tricks, guides and secrets for your video games? SoulTricks.com is a group of video game fans who want to share the best tricks, secrets, guides and tips. We offer the best content to be a source of useful information, so here you can find guides, tricks, secrets and tips so you can enjoy your games to the fullest. Are you ready to get all the achievements of that game that you resist so much? Enter and enjoy your favorite video game to the fullest!
Ghostbusters: Sanctum Of Slime, revealed the four protagonists Ghostbusters ❯