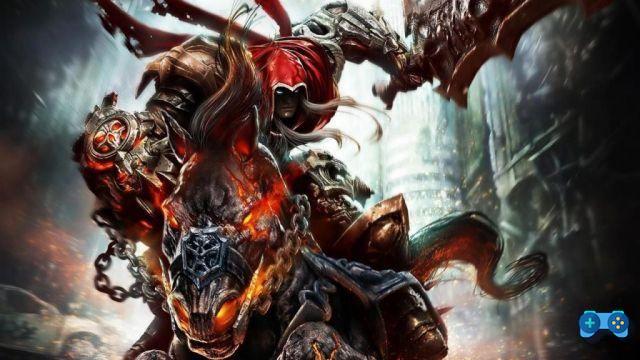 9 years have passed since the release on Xbox 360 and PS3 of this particular brand, dedicated to the adventures of the Four Horsemen of the Apocalypse.

In 2010 the game landed on shelves and consoles, initially not many were fascinated by the title, despite the fact that it was a game with a fairly solid gameplay and enriched with elements taken from other famous games (The Legend of Zelda, God of War, etc. ), perhaps out of fear of a possible “more of the same”.

What distinguished the title created by Vigil Games and THQ was the design that the famous Joe Madureira (American cartoonist known for Uncanny X-Men and Battle Chasers, the latter was then transformed into a video game), gave to the characters, creating an appearance convincing able to attract the attention of critics and players.

Needless to say, the first Darksiders liked it a lot, so much so as to create a growing expectation for the next chapter with another Knight, perhaps the most feared of all: Death. But the hour of the preambles is over, let's move on to the experience on Nintendo Switch.

Proverbs are seldom wrong and even in this case they confirm that fund of truth that permeates them. Darksiders: Warmastered Edition is a visibly dated title, many of the assets used are the same of the time, while at the same time accompanying the strengths and weaknesses found in previous editions. In fact, some elements have been catapulted directly from 2010.

Despite this, the game on Switch offers a choice, not unknown, but quite rare for the titles of the hybrid console from Nintendo, you can in fact choose two ways of approaching the title: the first takes up what has already been done by Darksiders: Warmastered Edition on Wii U , a 1080p 30fps gaming experience (slightly danceable). The other proposal is interesting to say the least, in fact it approaches the current generation of consoles, the title can be played at 60 frames per second, causing the visual sector to suffer a lowering of the resolution.

Having said that, we are pretty sure that after testing both modes you will prefer to opt for Performance mode, as your instincts will ask. 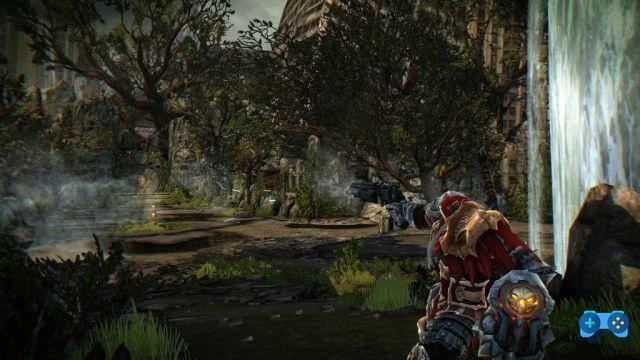 As widely discussed in the other reviews, Darksiders: Warmastered Edition is a title dedicated to lovers of games with leaner gameplay, but which leaves nothing to chance. This title is recommended for those who especially love The Legend of Zelda series and the God of War series, games from which a lot of inspiration is drawn.

From the legendary adventures of Link, our War takes a strong approach to the so-called “Z-Targeting” and the one-on-one fight, even if compared to modern titles it can seem a bit woody and slow. The same "open-world" recalls the first three-dimensional chapters of the saga (Ocarina of Time and Majora's Mask), in fact each dungeon is full of environmental puzzles that will lead us to squeeze our brains several times.


The hack 'n slash aspect draws heavily from the series dedicated to the Phantom of Sparta, whose lust for blood is still unmatched.

As you will have understood this title is strongly anchored to the logic of the great titles of the past, unfortunately also the assets have lagged a bit behind. 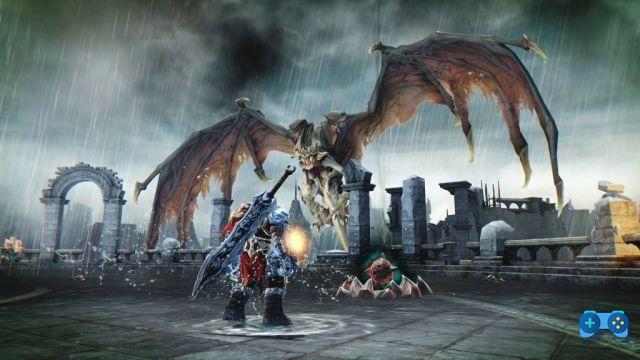 One of the main benefits of Darksiders: Warmastered Edition on Switch is portability.

In fact, the Nintendo console manages to provide each title with this important factor that allows us to take our favorite games around the world.

And it is right away from the Dock that the game gives its best, not only for the undoubted usefulness of portability itself, but mainly for the yield it offers on the small screen of Switch, thanks to the choice of Performance mode. The playability is not compromised by the use of Joy-Con, indeed the two side pads accompany the adventures of our War very well.

- After all this time it is still an exciting game

Summary
Darksiders: Warmastered Edition is the revival of a title that 10 years ago gave way to a franchise with mixed fortunes capable of thrilling legions of gamers. The remastered presents a certain old age in the graphics sector, however everything is forgotten thanks to the Performance Mode that allows you to play the title at 60 fps (giving up a little something from the graphic point of view). If you want to relive the adventures of War in complete freedom, this is the right choice.
gameplay
Graphics
Sonoro
Longevity
Final judgement
Do you want to complete all the achievements and trophies and know all the tricks, guides and secrets for your video games? SoulTricks.com is a group of video game fans who want to share the best tricks, secrets, guides and tips. We offer the best content to be a source of useful information, so here you can find guides, tricks, secrets and tips so you can enjoy your games to the fullest. Are you ready to get all the achievements of that game that you resist so much? Enter and enjoy your favorite video game to the fullest!
Sekiro: Shadows Die Twice - Cure Dragon's Sick ❯

Add a comment from Darksiders: Warmastered Edition - our review