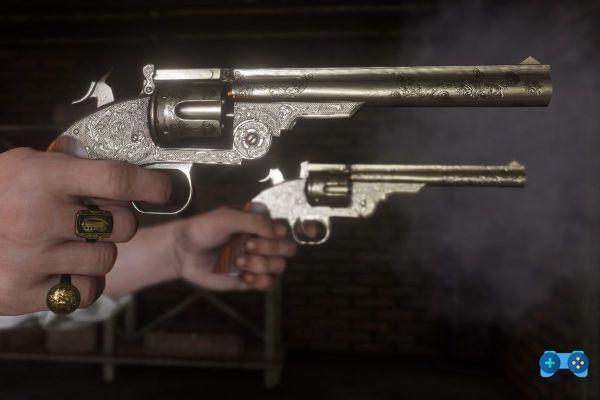 Firepower or pure aesthetics. Here is a guide to the best weapons in the game!

There are 59 weapons to find and use in Red Dead Redemption 2 - some easier to unlock than others.

There are also some extras, obtainable by those who have pre-ordered Red Dead Redemption 2, or by those who still play GTA Online. 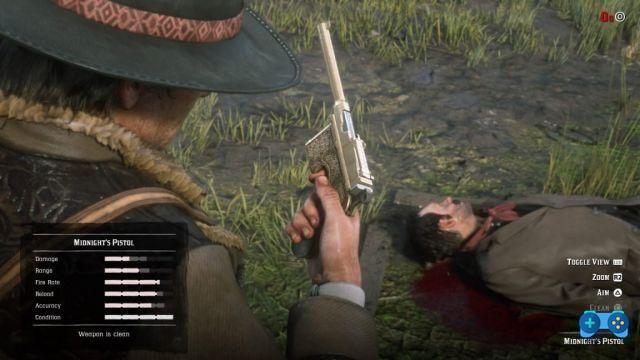 There are three revolvers to choose from. Definitely the Schofield revolver at the ridiculously low price of $ 84 it is definitely the best. It deals decent damage and has good accuracy and rate of fire.

Alternatively, you can go and rob the doctor's shop at Valentine's day. You have to peek through the back window first to get a chance to rob the place. Once inside, force the doctor to take you to the back room, kill everyone and loot the box on the table.

8 tips for surviving in the Wild West

Red Dead Redemption 2, where to find all the legendary animals

Red Dead Redemption 2, guide to the location of all legendary fish

Red Dead Redemption: how to get the best wild horse

Red Dead Redemption, where to find all the cigarette stickers without having to search for them on the game map.

La Volcanic gun it does more damage and is also quite cheap ($ 150). The semiautomatic ($ 210) is the best for rate of fire and reload, while the Mauser ($ 250) has a larger magazine capacity and fires very quickly.

The repeating rifle deals the most damage, but the sawn-off shotgun can be just as devastating, so take them both with you.

Il Carcano it is the best sniper rifle. It has a wide range, can take down an elephant and is accurate. Use it only from a distance.

Il Tomahawk is a brutal weapon that can kill with a close range throw and should be used for silent attacks. Remember to take it back.


Even better, once you arrive in Saint Denis, you can buy theHoming Tomahawk Pamphlet. It may not be authentic, but it is more likely to hit the target from a distance.

All unique and rare weapons

If you take on the Gunslinger side quests, you will hunt down an old shooter called Billy Midnight. Kill him and you can get his rare Mauser Pistol, complete with gold engravings. It has a great rate of fire, reload and accuracy. While the damage is average, it is a good early game weapon and fairly easy to obtain.

Another weapon that you can find by completing the Gunslinger side quests; this gun has nothing surprising but it replaces well the old rusty iron we own at the beginning of the campaign. Kill Flaco Hernandez and he'll be yours.

Another weapon obtainable after killing the gunslinger Emmet Granger. It has a beautiful pearl handle, but it is not up to the level of Flaco Hernandez's Revolver.

This is the final gun you will receive by completing the Gunslingers quest. Don't forget to loot after killing the final gunslinger. Carve the sentence: Canis Cane Edit, a nice homage to Rockstar's Bully game.

This pearl beauty is your reward for completing all the tasks of the Dutchesses and Other Animals challenge, which led you to track down exotic items for a guy named Algernon Wasp. You won't meet him until chapter 4, when he can be found in Saint Denis. The Algernon Revolver has an amazing rate of fire.

Here's how to unlock the Stone Hatchet by completing challenges in GTA Online.

To get the Stone Hatchet in Red Dead Redemption 2, you'll need to be a regular GTA Online player.

Much like the treasure hunt that unlocks the Double Action Revolver for use in GTA Online and Red Dead Redemption 2, the Stone Hatchet is only available when playing GTA Online.

How to unlock the Stone Hatchet

In GTA Online, a text message sent by Maude Eccles he will ask you to complete a task, which is to bring back 5 rewards in total, and in return he will give you the coordinates for the Stone Hatchet.

Once obtained you will need to perform 25 kills. Once this is done, you will unlock a $ 250.000 GTA reward and the Stone Hatchet will become available as an exclusive weapon in Red Dead Redemption 2.

This is a special revolver that you can earn by completing Headshot Challenges in GTA Online.

A mysterious chest must be found ...

This is a great sniper rifle that can be obtained during the story mission “the Magicians for Sport”. One of the guys who kidnapped your friend will have him with him so make sure you loot all the corpses.

There is a cave in the far west of the map, northwest of Big Valley, or west of Hanging Dog Ranch. Inside you'll find the mysterious hermit wielding this rare shotgun. It doesn't appear to be any more powerful than the regular double-barreled shotgun, but aesthetically it's amazing.

You will have to kill a man for it (how difficult, right?). Open the map and set the direction under the letter “a” in Manito Glade. In this area you will find a settler's house in the woods, and one of them is taking a bath, taking his Double with him. Kill him and get the weapon. Make sure as always to loot the victim, otherwise you will not be able to get the weapon in question. The shotgun is quite ornate, has double the fire capacity and can use a variety of shotgun ammunition.

In the north-eastern area of ​​Calumet Ravine is the Ancient Tomahawk. It is incorporated into one of the training targets in the area.

South of the "k" of Window Rock and north of the Grizzlies trail, you will see a building. Go right, and nestled in a tree trunk you will find theHatchet of the Hunter. This is a bearded ax that allows for greater control when planing or shaving wood.

Melee and throwing weapon, the Viking Hatchet has a very neat leather handle with Nordic motifs. Below we explain how to get theViking ax and the Viking helmet so that you can strut in the "Wild West".

To get the items, you need to find a location called the Old Tomb, which is slightly northwest of the mining town of Annesburg, just across the other side of the river. Here's exactly where: 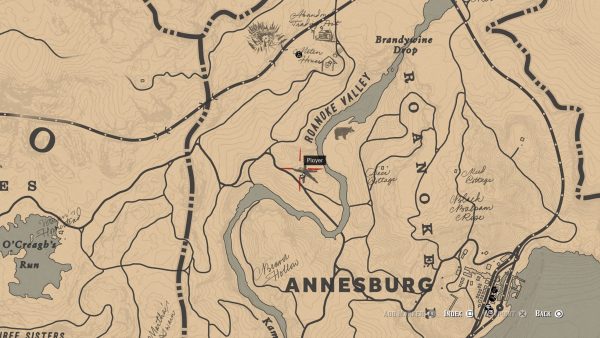 Enter the tomb and you can get the Viking Ax, which is near the altar in the middle. Go to the side rooms and you will find the Viking helmet above one of the skulls.

The Viking comb, on the other hand, is a little more difficult to spot, as it is hidden behind some of the skulls lined up in a side room. Shoot the skulls and you will find it. 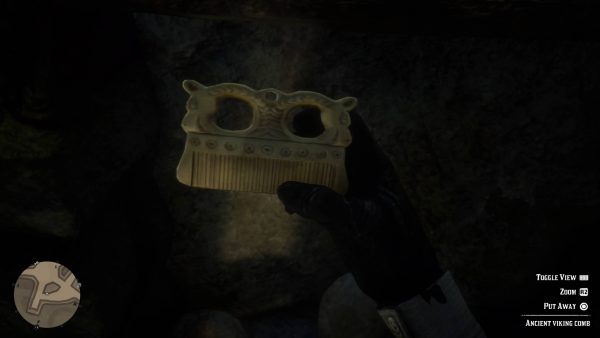 The sword matches the pirate hat. It looks a little worn but is lethal in close combat.

Guide to find the Broken Sword of the Pirate

There seem to be more melee weapons hidden in the wild west than revolvers.

One of the coolest weapons we've found is the Pirate's Broken Sword. It is almost as beautiful as the Viking Ax but it is not quite as “cool” as the mask you can wear.

To find the sword we recommend going to Saint Denis, especially look from the long railway bridge to the southwest towards a small group of islands. 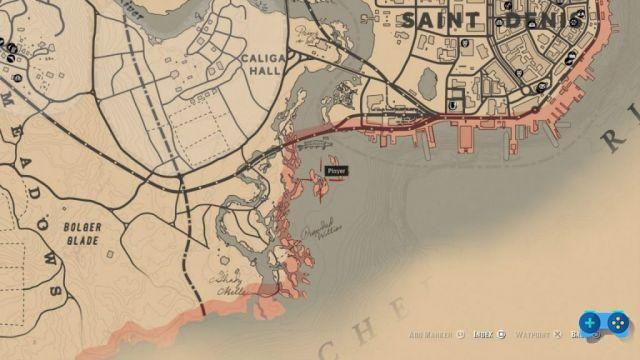 Our goal is a dilapidated boat. But before you go, be sure to tie up your horse in a safe place. There are a lot of alligators here, big and small, and the last thing we want is for our trusty steed to become gator food.

Also make sure you are armed with a shotgun, because if they attack they are fast and deadly. The best thing would be to avoid them altogether. 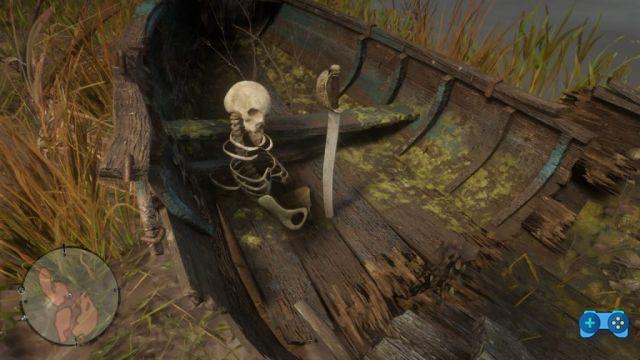 Through the swamp, move from island to island and you will find the boat, with the skull of its previous owner, sticking out of the floor. 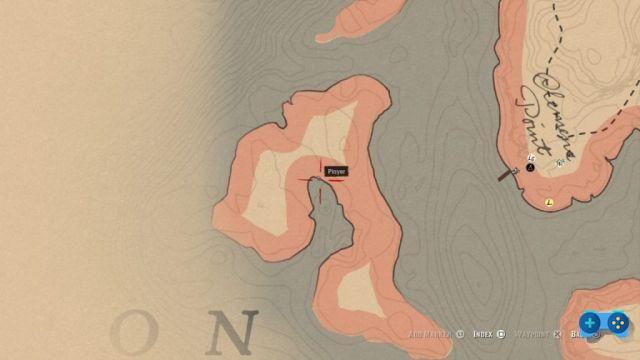 Now, to complete the look, you will need to get the pirate's tricorn hat. For this it is necessary to row to the large island of Flat Iron Lake. You will need a boat, which can be purchased across the course, at a cost of $ 360. 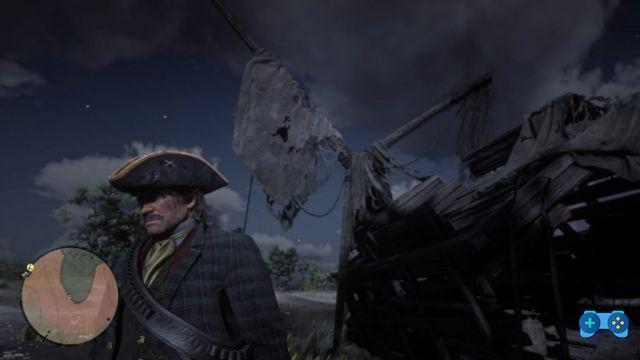 Do you want to complete all the achievements and trophies and know all the tricks, guides and secrets for your video games? SoulTricks.com is a group of video game fans who want to share the best tricks, secrets, guides and tips. We offer the best content to be a source of useful information, so here you can find guides, tricks, secrets and tips so you can enjoy your games to the fullest. Are you ready to get all the achievements of that game that you resist so much? Enter and enjoy your favorite video game to the fullest!
The Elder Scrolls V: Skyrim, patch 1.09 available for PS3 and 360 ❯

The game of solitaire, an icon of the past

Add a comment from Red Dead Redemption 2: Best Weapons and Where to Find All Unique and Rare Weapons