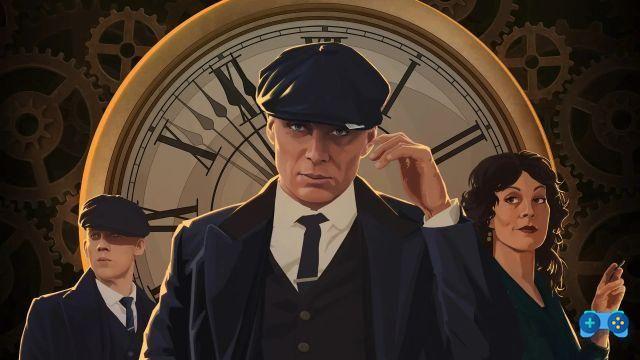 Welcome back the Shelby family!

Set before the events of the TV series, Peaky Blinders: Mastermind sees the men of the Shelby family returning home from the horrors of World War I. Tommy shelby he settled back in the suburban slum of Birmingham's small moorland, instantly making his family name a dreaded force to be reckoned with. Causing trouble hours after setting foot on Blighty again, Tommy - along with brothers Arthur Jr. and John, sister Ada and aunt Polly - find themselves in bad business with the rival gang. The Gilroys, the local Chinese mafia and, of course, with Her Majesty's police.

In Peaky Blinders: Mastermind, players guide the Shelbys through 10 missions, which describe a very subtle narrative of brotherhood and murder in the criminal underworld of Birmingham. Missions are interspersed with elegant artwork, which lends the storytelling a bit of class, but with the lack of voice acting by the cast and the heady heights of a fantastic TV show to live up to, Mastermind's plot isn't particularly engaging. It is nothing more than a simple chain of events to force our boys and girls out of the house and into the mean streets of Small Heath.

Peaky Blinders: Mastermind has a brilliant and creative game system. At first glance, Mastermind is similar to titles like Commandos e Desperados. Players guide the Shelbys through each mission, using their unique abilities to steal items, gather intelligence, perform sabotage or whatever the mission tells us. Where Mastermind differs from those titles, however, is that all character actions are planned and performed by the player "simultaneously" in a single moment.

… But there are some limits

The characters are controlled individually, which blocks the path of action of each specific character, but, to your liking, you can rewind the timeline and take control of other components, controlling them in tandem with the "ghosts" of the actions of the previous character. To put it another way, the player defines the paths, decisions and choices of each of the characters, so that all the movements and actions of the cast, once activated in real time, work in perfect synchrony with each other. . This system represents the "soldier minute", a reflection of Tommy's cunning ability to formulate plans in his head.

There is no denying that this is a clever approach to Mastermind's strategy, and there is real satisfaction in watching a character perform their part of the plan, while watching the moves we had previously given to another player character. It's an interesting way to execute a team-based strategy title, and we're really surprised that titles like Commandos or Desperados have never adopted it. 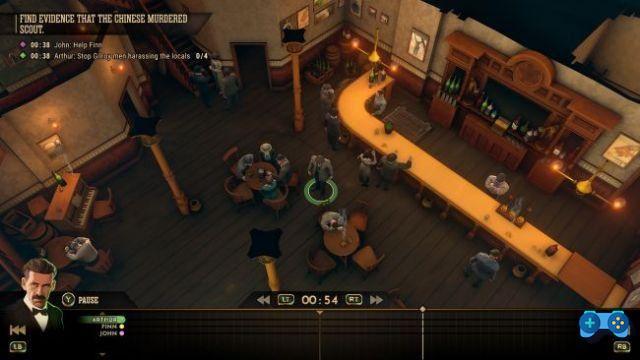 Too repetitive and redundant missions

Unfortunately, although the system itself is innovative, the actions to be performed during the game are so common (so to speak from "adventure game"), that the whole concept does not even come close to reaching its potential. Ultimately, Peaky Blinders: Mastermind consists of 10 short missions in which it is required to keep doors open, find keys, push crates, pull levers (with occasional fist fights). In one particular room, we had to find a key to open a door which gave us… another key. The strange choice of the developer leads the missions to be too repetitive and robotic, in this way, the spirit of the show and the uniqueness of the “Soldier's Minute” system are lost.

What doesn't help is the comic nature of the level design, like a two-story house with every door it is made of steel and each wall has an open hole through which young Finn Shelby can crawl. The characters will enter the buildings to find occupants who will not care about our intrusion. You can block the view of a policeman by pushing a crate directly on his face without affecting the gameplay. The actions required of the player - and the strange layout of the maps - deprive Peaky Blinders: Mastermind of its identity, cutting its legs from the raw realism of its source material.

Mastermind feels claustrophobic and threatening, as it should.

Helping restore this lost identity is the title's impressive audiovisual aesthetic. The aforementioned cutscenes are well stylized and mastermind and reflect a lot of the dark and grungy nature of the original series. The Small Heath neighborhood is beautifully recreated from a graphic point of view, with a lot of attention to detail regarding its grubby alleys, dreary markets, dilapidated houses and warehouses. Mastermind feels claustrophobic and threatening, as it should.

Also, the title does not have the Spanish localization. 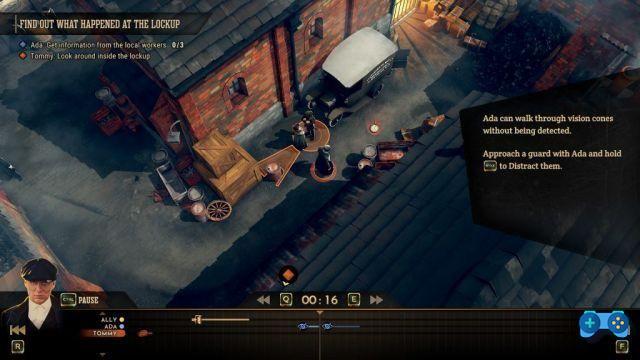 Peaky Blinders: Mastermind is built on an inventive concept and is elegantly dressed in a great audio / video package, capturing the dangerous world of The Shelby Family. However, inventiveness is not taken advantage of, which results in uninspired action and repetitive gameplay. Peaky Blinders fans may find a few hours of entertainment but, overall, Mastermind is a missed opportunity.

Do you want to complete all the achievements and trophies and know all the tricks, guides and secrets for your video games? SoulTricks.com is a group of video game fans who want to share the best tricks, secrets, guides and tips. We offer the best content to be a source of useful information, so here you can find guides, tricks, secrets and tips so you can enjoy your games to the fullest. Are you ready to get all the achievements of that game that you resist so much? Enter and enjoy your favorite video game to the fullest!
WhatsApp, all the hidden features you should know ❯