Konami has made the Pro Evolution Soccer 2008 demo for PC available for download. The football simulator, which millions of gamers await on all consoles of the new and old generation, promises incredible innovations in terms of the game with an artificial intelligence never seen before. 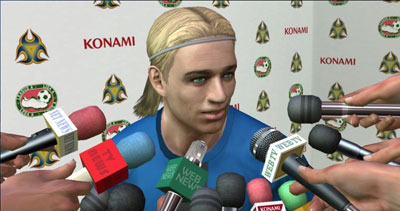 The demo, with a size of 1180 Mb, allows you to play matches at all difficulty levels of the exhibition mode, being able to choose between the following national football teams: Argentina, Brazil, France, Spain, Portugal and Turkey.

Do you want to complete all the achievements and trophies and know all the tricks, guides and secrets for your video games? SoulTricks.com is a group of video game fans who want to share the best tricks, secrets, guides and tips. We offer the best content to be a source of useful information, so here you can find guides, tricks, secrets and tips so you can enjoy your games to the fullest. Are you ready to get all the achievements of that game that you resist so much? Enter and enjoy your favorite video game to the fullest!
FIFA 18 - FUT Ultimate Team, what you need to know about Swap Deals ❯

Dead or Alive 5, official images of the characters Jan Lee and Tina Armstrong

Xbox confirms its commitment to support the development of PC games

Resident Evil 6, here is the video dedicated to the ResidentEvil.Net service