Ken Follett's The Pillars of the Earth review 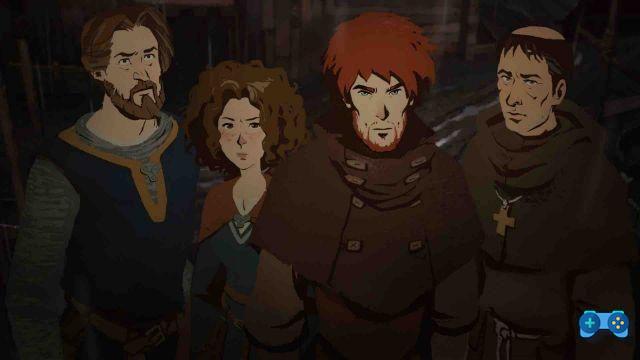 Videogame transposition of the best-selling novel.

Over the years there have been many attempts by various software houses to transport more or less known works to the videogame world that, at least initially, seemed to share little or nothing with the virtual element.

These games, better known by the name of Tie-in, often and willingly limit themselves to re-proposing in a videogame sauce what the background work offers; in more rare cases, however, titles are made completely from scratch that tell unpublished stories but set in any case in the same narrative universe.

Many could label these titles simply as "commercial operations" but, in reality, these are experiments that, in the vast majority of cases have proved to be real failures, capable of not involving neither the gamer nor the lover of the work to which the game is drawn.

Mainly, when we talk about Tie-in, we almost always think of videogame transpositions of famous films but, there are always some exceptions. So it happens to see titles taken from Comics, such as The Walking Dead or even from literary works, such as The Pillars of the Earth.

Just the writer's literary work Ken Follett (better known to us by the name de The Pillars of the Earth) has recently found, thanks to the German developer Daedalic Entertainment, its videogame transposition.


The title, currently available for PC, Mac, Xbox One and PlayStation 4, traces the story of the British writer's award-winning novel Ken Follett. Given its complexity, the developer has decided to divide the game into three distinct parts, effectively making the publication of the "digital novel" episodic. The first two episodes are currently available, with the third, the final one, scheduled for mid-2018.

Curious to see how the videogame transposition of a literary masterpiece such as The Pillars of the Earth? Find out in our review. 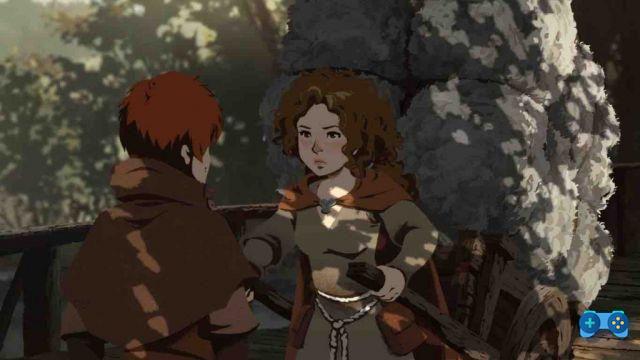 For those who have not read the book, the events take place in the XNUMXth century, in England. The story begins in Kingsbridge, a small, poverty-stricken village that is in poor condition. To revive the fortunes of the village, the construction of an imposing cathedral was decided, in order to restore luster and importance to Kingsbridge.

But this will only be a pretext that, behind it, hides a much more complex and ramified situation. The plot, in fact, thanks also to an impeccable narration, will highlight the real element that is the background to the entire work: the struggle to have control over Britain.

For this reason, players will find themselves involved in real power struggles, where different factions will fight each other, for glory but also for personal gain.

The game will put us in the shoes of "ordinary" people, who unfortunately will find themselves entangled, willy-nilly, at the center of these power games. The playable characters of this first part will be Philip (the monk) and Jack but, later, Tom (the builder) will also be added.


Since the story is the key element of the work we do not go further, but know that the game made by Daedalic Entertainment has been able to maintain the narrative quality of the literary work unaltered. 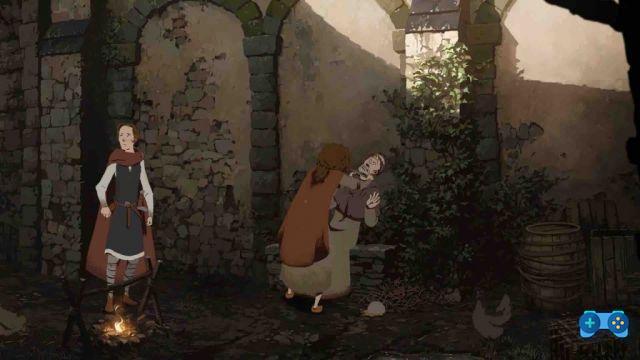 If from a narrative point of view the work exactly takes up the spirit of the book, the main problem of the "digital" version lies, unfortunately, in its gameplay. The video game of The Pillars of the Earth it looks like a classic point and click, seasoned from time to time, by some choices and decisions to be pending.

Unfortunately, the latter will be limited and not incisive, as the game is based on a “finished” and already well-defined story. Therefore, do not expect fundamental choices and decisions that would change the course of events because the title remains, in all respects, faithful to the literary work.


The gameplay is substantially (but deliberately) slow and this could perhaps be its biggest flaw. Depending on your passion (and patience) you might love the title madly, like being disappointed after even a few minutes of play.

Long-winded (but still well-crafted) dialogues and staid and uninspiring exploratory sequences mix with some never really difficult environmental puzzles and puzzles, as well as a series of mini-games and activities that are fun, but add nothing particularly memorable. in terms of gameplay.

In spite of everything, The Pillars of the Earth succeeds in the most difficult task of all: entertaining. The title lets you play with pleasure and, once you have learned the very simple system of commands, you let yourself be carried away by curiosity and the course of events.

In fact, it is the very plot of the book that supports the video game. In all likelihood, in fact, you will continue to move forward in the game because you are curious about the events and how the story of the characters will evolve.

The title, as already mentioned, will be divided into three parts, each containing seven chapters. During our rehearsal we took about 6/7 hours to finish the first part of the work, waiting to rehearse the following ones as well. 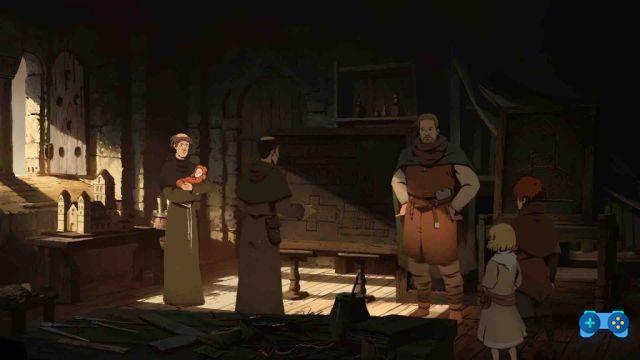 From a purely artistic point of view The Pillars of the Earth immediately appears beautiful to look at and inspired, able to perfectly convey the idea of ​​the different environments that the game offers.

Also excellent is the realization of the characters, which are almost all (with rare exceptions and occasions) well defined and made, thanks also to the watercolor colors that further amplify the visual impact.

Instead, the animations, woody and too “poor”, should be reviewed but there is certainly time to improve and fix even these small smears in the next chapters of the work.

As for the sound we find a truly excellent dubbing in English capable of giving its own soul to the various characters of this work. Also present are subtitles in Spagonolo, excellent and which, nowadays, are increasingly a rarity in these "minor" productions.

The music that will be the background to the various events of the title is also excellent, capable of masterfully accompanying the various scenes on the screen and which, in some way, recall the historical period of the XNUMXth century in which the novel is set.

If you are a lover of Ken Follet's work there is no need to tell you, give him a chance because he will hardly disappoint you.

Do you want to complete all the achievements and trophies and know all the tricks, guides and secrets for your video games? SoulTricks.com is a group of video game fans who want to share the best tricks, secrets, guides and tips. We offer the best content to be a source of useful information, so here you can find guides, tricks, secrets and tips so you can enjoy your games to the fullest. Are you ready to get all the achievements of that game that you resist so much? Enter and enjoy your favorite video game to the fullest!
Earth Day: Cellularline celebrates 1.000 trees on Treedom and announces the arrival of new eco-friendly accessories ❯

The Sinking City - our review