How to get more for less.

The subtitle of this article basically explains the reason that prompted us to write this guide: saving. In fact, while we were writing our guide to the perfect gaming machine, also given the moderate success that another of our article relating to a low cost gaming pc configuration is gathering, we decided to offer you a tool that would allow you to get more from the hardware maybe already in your possession (or to be procured at ridiculously low prices on the network), waiting for the new technologies of the major manufacturers, AMD with its R9, and Nvidia with its Maxwells, to reach maturity and prices acceptable to most users " normal ”(or at least with a normal bank account, [captatio benevolentiae mode on] for us at Soultricks.com all our users are special).

The AMD Radeon HD 6950 launched in 2010 is, like its big sister RADEON HD 6970 architecture based Cayman; the two cards are actually almost identical were it not for specifications relating to absorption and connectors and above all to a different BIOS, which has, so to speak, clipped the wings to the 6950.


Respectively, the computational power of the two cards is equal to 2.25 e 2.75 teraflops, a rather evident disparity that fully justifies the interest in an operation like the one we are about to describe (for the record, the computational power of the two next gen consoles, Xbox One and PS4, is respectively 1.18TFlops e 1.84TFlops as you can see from the graph below, also useful for a comparison with the latest high-end graphics cards). 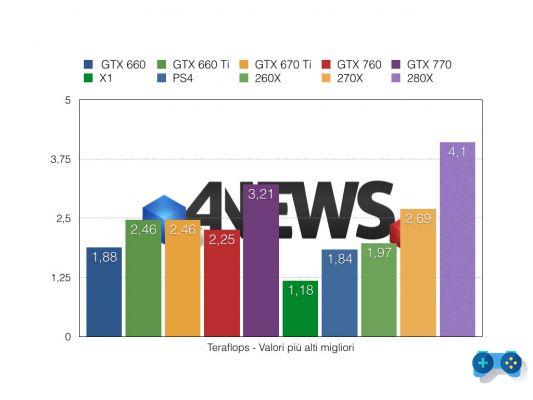 However and this is the most interesting aspect, all this hidden power in your 6950 can be easily released with a simple flash of the BIOS (the card in question is a DUAL BIOS) and with a slight overclock. In fact, AMD with the Radeon 6950 seems to have disabled the extra shaders not in the classic way or by intervening directly inside the GPU but with a simple software, in a way not unlike what is usually done with test cards and with the sample unit to be used for printing. So let's get busy and let's get started ...

Here are the steps explained in a few simple steps to free up your board's extra shaders:

The procedure is finished, at this point you just have to check that the work has been successful and test the performance of your "new" card.

To do this, first download GPU-Z and check that the item Shaders the correct value is reported 1536 Unified (previously for 6950 it was 1408 Unified). Run some games and various applications to check the stability of the change. 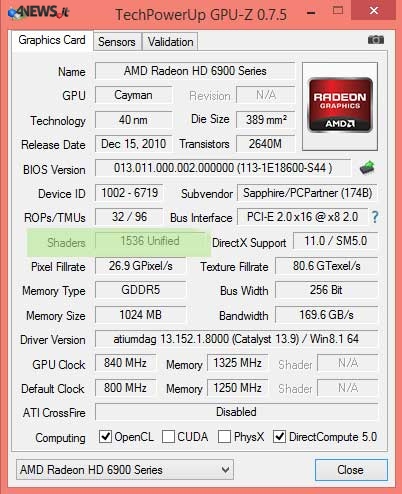 For a further "hit" of power, open the panel of your Catalyst drivers, OVERDRIVE item and set "Energy control settings" to + 20%, this is in fact the last big difference compared to the Radeon 6970, which consumes 270w compared to 200 of the 6950, however, remember that this last modification will result in a considerable increase in the consumption of your system and the heating generated. If your system has a generous power supply and an adequate cooling system, proceed with peace of mind, otherwise it would be advisable to check consumption and temperatures one step at a time.

If you are looking for an inexpensive but highly satisfying video card, the 6950 is the card for you. The arrival of the R9, with definitely higher specifications and decidedly lower consumption, has practically brought down the price of these cards which still retain a certain interest especially for overclockers also given the important computing power they are capable of, 2.25 Teraflops in standard configuration. Furthermore, a configuration in Crossfire, for example with a 6970 trifire, can give you various satisfactions and score some points even against the most noble and modern cards and at a comparable price at the moment, provided that you have an adequate system (power supply of good quality above all, not less than 850w) and not to pay too much attention to consumption, the only negative factor of this type of configuration.