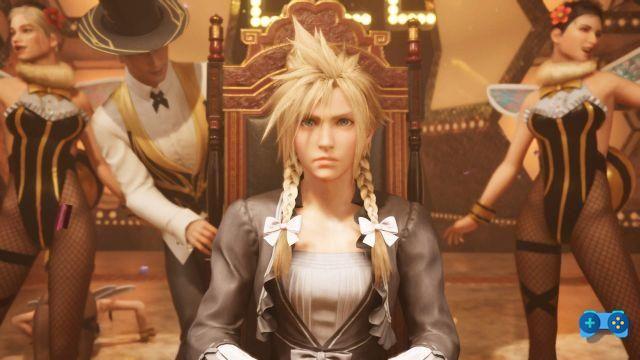 Final Fantasy VII rhymes with Materia. In this guide we will show you where to find and how to use each single Materia of the game.

Spells, skills and character customization in general are among the main components of an RPG, and in this sense the remake of the seventh chapter of Final Fantasy is no exception. Here, as well as in the original, these elements are all developed through Materials.

These little spheres of magical powers are formed by Lifestream, the energy that flows within the planet. Each of them, once equipped, will give you access to one or more different skills. These are key to combat, whether it's character boosts or the ability to exploit an enemy weakness. In addition, even the Materia, like the characters, level up and improve with use, unlocking further upgrades.

In this guide we will explain in detail all the Subjects of Final Fantasy VII Remake and how to get them. For most of these objects, there are multiple ways to find them - here we will list only the main ones.

If you need more help, we recommend that you take a look at the other guides of Final Fantasy VII Remake that we have prepared for you:


How do Matters work?

Before moving on to the actual list, it is worth explaining the use of these power ups. First of all it must be said that they exist five different categories of Materials, each identified by a color:

Matters equip themselves placing them on weapons and pieces of armor, which have special slots. Each Final Fantasy VII Remake equippable item has a different number of slots or a different configuration. Each slot can accommodate one or two subjects, and by using two of them - one of which as support - you will have special effects. 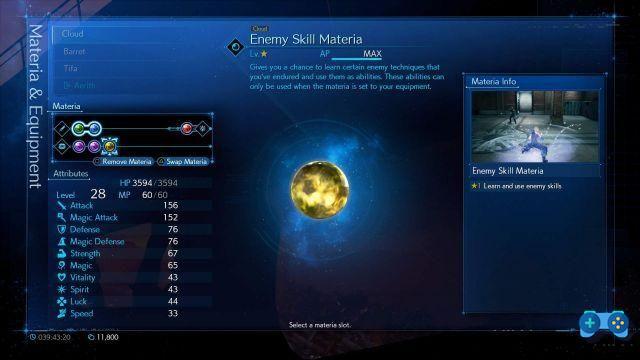 These boosts also affect the statistics characters and can be used to have resistances to specific elements. The personalization system. therefore, it is very varied and to maximize the game experience of Final Fantasy VII Remake you will have to experiment with different materials and many possible combinations.

As already mentioned, green matters are those related to magical abilities, which will allow you to use powerful attacks often linked to elemental effects. Many of these are normally available for purchase, but we have tried to list a couple of places where you can get them as loot from enemies, as well as point out the first shop where you will find them for sale.

Allows you to use the magical element of fire.

Allows you to use the magic element of thunder.

Allows you to use the magic element of ice.

Allows you to use the magical element of the wind.

Location: find the dossier for the research dossier 2 for Chadley. At that point the researcher will sell it, the first time at a discount.

Allows you to use healing magic to restore your team's HP during battles.

Allows you to use the magic of the same name to bring a KO party member back to life.

Location: It is located after the fight sequence in Chapter 4, when you are following Jessie. You can also find it in many shops after this stage of the game.

Allows you to use defensive magic that increases damage resistance. 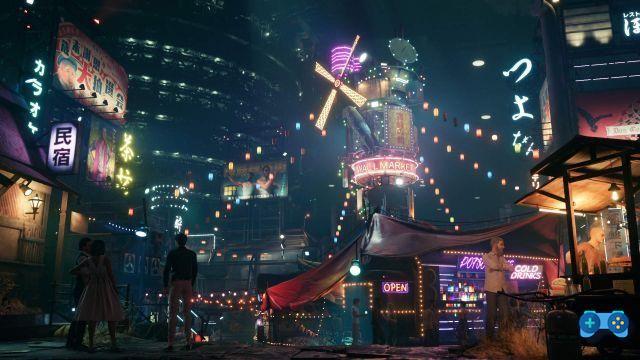 Allows you to use disruptive magic that gives enemies sleep status during battle. When equipped on armor, it gives your character resistance against Sleep, Silence, and Berserk statuses.

Position: in the slums of Sector 6, near the second puzzle with the robotic hand.

Allows you to use subversive magic to immediately break enemy defenses. If equipped on armor, it can resist Instant Death spell.

Location: Comes dropped by Ghoul, the first ghost boss that you will meet in chapter 11.

Allows you to use time magic that modifies the flow of time by changing the fill rate of the ATB bar.

Allows you to use poisonous magic to inflict damage and evil status on enemies. If equipped on armor, it gives Poison resistance.

Allows you to use healing spells to remove evil status from party members.

Position: After the quest The Rat Problem can be buy this subject in sector 7 for 300 Gil and in all stores thereafter. 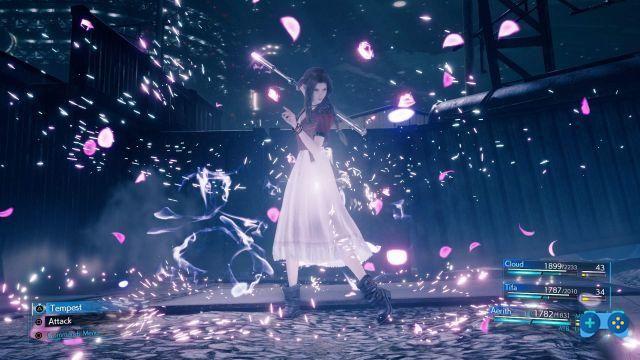 As already mentioned, the Yellow Materials add new commands in battle, which will allow you to expand your skill list. These commands they cost ATB bars, but - not being magical - they do not consume MP.

It allows you to restore your HP and cure poison with the Chakra. The restored health is proportional to the damage received.

It allows you to use Discovery to reveal information about enemies, including weaknesses.

It allows you to restore party health with Prayer and consumes 2 ATB.

It allows you to use Steal to steal tools and / or Gil from enemies.

Once active it increases the charging speed of the ATBs. It cannot be used continuously.

It allows you to learn enemy techniques you have suffered and use them as skills. However, they can only be used when the Materia is equipped. Once learned, each enemy technique appears as an individual command.

The Enemy Skills are as follows: 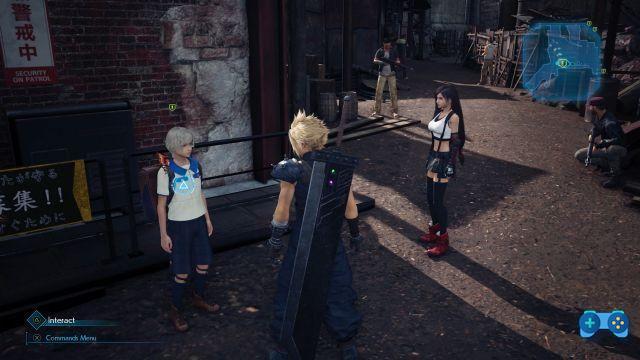 This type of Materie are blue and deal with enhance the effect of the others. They are meant to be placed in a double slot along with other subjects, linking them for beneficial effects.

For example, using an Elemental Matter in combination with that of thunder on a character's weapon will make that weapon elemental: thunder-type damage with normal attacks. Doing the same thing on a piece of armor will decrease the damage taken from thunder-type attacks, making you immune to that element.

By answering a classic question from Final Fantasy VII veterans in advance: no, the Blue Matter All does not exist in the Remake. But there are on the other hand many other very useful ones. 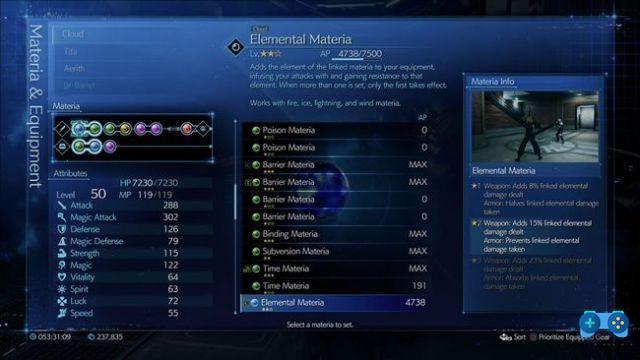 It adds the element of Matter to which it is connected to the equipment on which they are placed. It can be used offensively or defensively, adding the element to our attacks or making us immune to it. Can be used with Fire, Blizzard, Thunder and Aero.

Allows you to expand the range of the spell it's attached to, so you can attack more enemies. This is what comes closest to the All Materia of the original Final Fantasy VII. Unfortunately, in 'magnifying' a spell you will lose damage in attacking single enemy.

Position: in the slums of Sector 6, during the third arm puzzle.

guarantees state resistance of the Matter to which it is connected. Works with Poison, Slowness, Blindness and Breach. Use it in a double slot along with the status you want to immunize yourself from.

Allows an ally to follow the leader of the party after an attack, with one of the element it is connected to. Works with Fire, Blizzard, Thunder, Aero and Bio.

Position: buy it from Chadley after finding the dossier for the research dossier 9.

Allows you to restore HP when attacking using the Materia it is connected to. It works with both magic and attack techniques.

Position: buy it from Chadley after finding the dossier for the research dossier 19.

Allows you to recover MP when attacking using the Materia it is connected to.

Position: buy it from Chadley after finding the dossier for the research dossier 18.

After 5.000 steps, this matter transforms into an AP Up.

Position: near Aerith's house in Chapter 14.

Increase AP earned for the Matter to which it is connected by 100%.

Location: you get it using the Pedometer Materia for 5.000 steps. 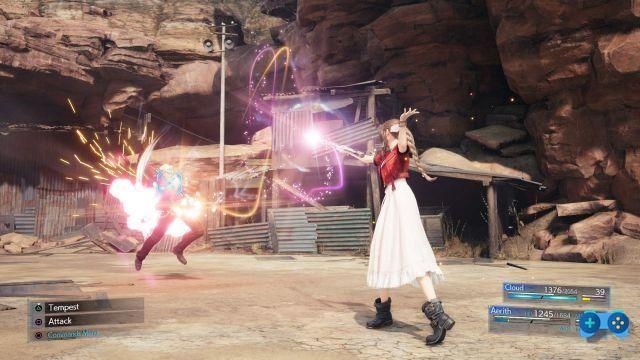 Independent Matters are distinguished from any other type of matter and have unique functions that do not fit into any other category - hence the name. Generally these your stats increase o add buffs automatic and passive to your attacks or other battle maneuvers.

Increase maximum MP. The maximum achievable boost is + 100% when more than one is equipped.

Increase your magic attack powers. The maximum boost is + 100% when more than one is equipped.

Increase your luck. The maximum boost limit is + 100% when more than one is equipped. 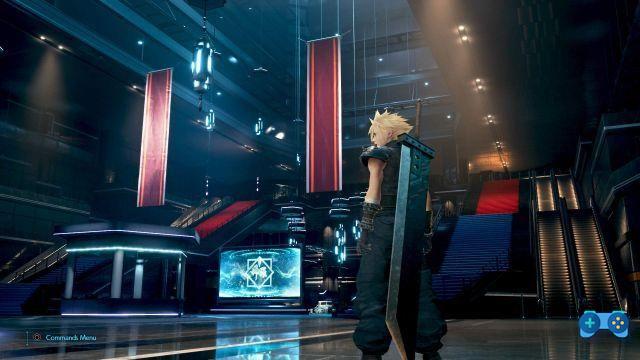 Immediately after the dodge, by pressing the attack command you can perform a area attack.

Vi protects against enemy attacks and allows you to quickly unleash the next move.

Increase the fill level of the ATB bar at the beginning of the battle.

Summon heal for badly wounded allies up to a certain number of times.

Increased ATB gauge per ally when repeating the command twice.

Increases the ATB gauge when you stagger an enemy.

Taunt enemies to distract them from attacking critically injured comrades.

Further decreases damage and fills the ATB gauge while parrying.

Slightly fills the ATB gauge when multiple ATB commands are made.

Location: Aerith begins with this matter

The Evil Within 2 review ❯

How to become a game tester and make money by playing