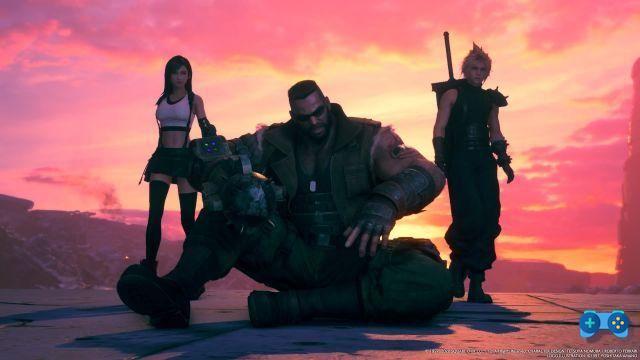 Getting through hard mode is 50% dependent on equipment. The remaining 50%, from your skill.

While you may be able to make some adjustments based on your play style, the ones below are the best builds for 90% of situations. Below we explain how to equip all the characters of the Final Fantasy VII Remake party to overcome the game at maximum difficulty.

We also remind you that this guide is complete our coverage of the hard mode: find the first part here, where we explain the differences from normal, various fighting techniques and give you some generic advice that is always valid.

If, on the other hand, you need more help about the game, we recommend that you take a look at the other articles and guides of Final Fantasy VII Remake that we have prepared for you:

We must also specify that the indications in the guide below they refer to individual characters, regardless of the group as a whole. There are not enough subjects listed in the game to equip as explained here. For this reason we advise you to base yourself on the use you make of the single, giving priority to one or the other according to your style of play. 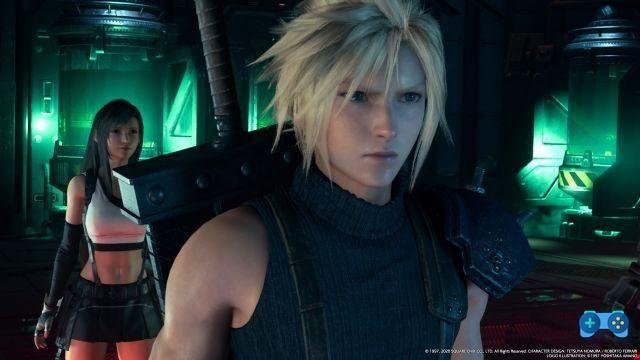 Extensive - Healing is the single most important combination of Materials of the whole game. The first allows you to heal all characters (or damage all enemies) in one fell swoop, spending the MP needed for a single cast. Whereas to difficult magic points are valuable, they will be used almost exclusively for healing, and this combination will be saving. So equip these two subjects on a weapon or armor with two connected slots and equip yourself with these powerful tools.


If he is part of the team, the ideal character to be treated is Aerith, otherwise your choice should fall on Cloud. Know that in the game there is only one Extensive Matter, which you will then have to move between the two characters whenever Aerith enters or leaves the party.

The second most important Matter is that Elemental. Of this type there are two in the entire game, obtainable in chapters 6 and 14. When placed on a weapon in connection with a magical Materia they will inflict elemental data (8, 15 or 23% depending on the level). If, on the other hand, you place them on an armor, always paired with a spell, you will get elemental defense from that element (50%, 100% and at the third level damage absorption). This too must be coupled with a magical matter, precisely Fire / Ice / Lightning / Aero, in a couple of connected slots.

During the first run you should have already analyzed most of the enemies and bosses you have encountered. If someone has escaped you, you should try to do so before going into battle. Anyhow it is very important to know the weaknesses and elemental resistances of your opponents, to better face the battles. Based on those you can plan and organize your party, preparing your weapons to strike with the weak element, or your armor to defend yourself from attacks. 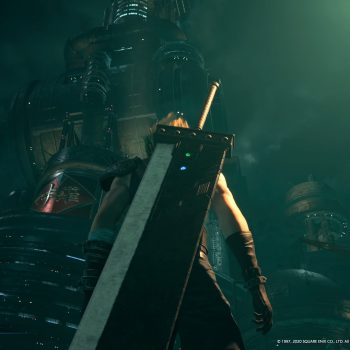 the most fearsome. This preparation can really make the difference between life and death!

In truth, in most cases it will be more useful to spend the two Elemental Matters on weapons. However, there are rare cases where defense will be more important. For example, there are enemies who only attack using one element, and protecting yourself from that will mean canceling the damage, making the fight very easy.

Hard to defeat bosses and completing side missions with upgraded versions of enemies will reward you with gods manuscripts that unlock SP. Obtaining one per character at this difficulty will allow you to obtain level 6 for weapons, which will unlock a new core with various very useful skills to unlock. The skill Last Chance is the most useful far: it will allow you to stay alive with 1 HP even after an attack that would otherwise have killed you. It can only be used once per fight, but it will save you many times, giving you time to use healing magic.

Another very useful skill is that which will reduce MP cost for healing magic by 20%. That won't sound like much but it will bring Curaga at a cost of 9 MP instead of 12. That means having a free heal every three uses, basically a significant help in hard mode. Unfortunately this skill is only on one of each character's weapons. Remember to use that weapon for your healer. Also for this reason, the recommended weapon for Cloud is the Twin, who has both the two skills just explained at his disposal.

Do you want to complete all the achievements and trophies and know all the tricks, guides and secrets for your video games? SoulTricks.com is a group of video game fans who want to share the best tricks, secrets, guides and tips. We offer the best content to be a source of useful information, so here you can find guides, tricks, secrets and tips so you can enjoy your games to the fullest. Are you ready to get all the achievements of that game that you resist so much? Enter and enjoy your favorite video game to the fullest!
Star Wars Jedi: Fallen Order - Where to find the Double-Bladed Lightsaber ❯

Monster Hunter Rise - Guide: How to craft and self-create items