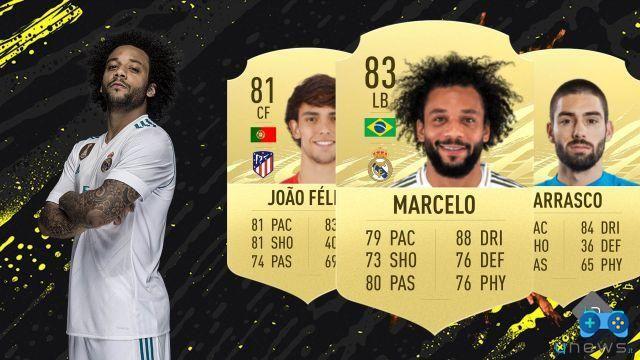 Among the best leagues to aim for in FUT- Ultimate Team mode di FIFA 21, there is the Liga. A championship that perhaps has lost a few "ninety" pieces but which remains very attractive for all FIFA fans.

If you are looking to build the best training in the Spanish league, with a budget of just over 100K, you are in the right place. In fact, we have selected the best squad achievable with this budget, to be precise 95.350 credits if you play on PS4 and 77.950 if you play on Xbox One. We remind you that the price of the players will change as the days and weeks go by.

Please note: - next to each player of the Liga team you will find the relative purchase price. The one on the left refers to the PS4 version, the one on the right, the Xbox One version!

Alternative as COC: Fekir - 6800 / 4900 credits. One of the most used players as a super sub in FIFA. Certainly with more natural characteristics to fill that role than Carrasco.

CDC alternative: Casemiro - 28.000 / 30.000 credits. Great alternative to Partey who moved to England. He has 86 defensive and 91 physique, a small "bedside table" difficult to counter. The realization phase is discreet, 73 shooting.

With Joao Felix at the helm and a solid five-man lineup in midfield, this La Liga squad is a fantastic option for those who like to build an attack with short, quick passes. Carrasco and Llorente are fast, Saul and Busquets are slow and Partey is somewhere in between. But together, they create a perfect alchemy enough to make the team in question incredibly versatile and, with some world-class defenders in the back, this La Liga team, when in the right hands, can truly work wonders.