FIFA 21 - FUT Ultimate Team, the best Ones to Watch (OTW) to bet on 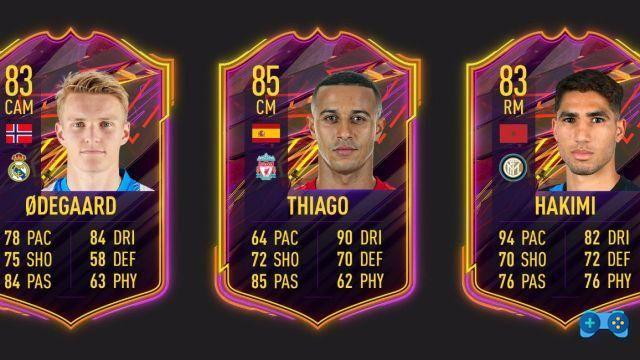 FIFA 21 is available for purchase, although many have already tried it in early access, starting today. The first major event is the one dedicated, as usual, to cards "Ones to Watch (OTW)" or those reserved for the most interesting players who have moved to a new club.

The OTW cards differ from the others for a precise characteristic: the evaluation is not fixed, in fact, depending on the performance of the season, they may be subject to variations. And it will happen every time an OTW player joins the Team of the Week - Team of the Week, or receives special cards such as MOTM or Record Breaker. In short, guessing the right Ones to Watch (OTW) card can really make a difference in the months to come.

But which ones to bet on?

As for the Ones to Watch we will focus on, we recommend the following: 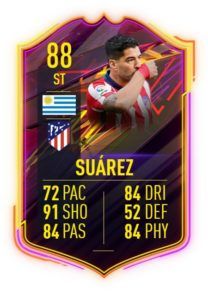 The Uruguayan striker has left Barca as the third best scorer of all time and has decided to join Atletico Madrid. His statistics can only increase to the sound of goals and assists, something that “El Pistolero” has already accustomed us to in the past. Not even the time to start his new adventure which has already scored 2 goals. Bet on him, there is no doubt that "he will break down the opposing doors". We remind you that if you need advice on which La Liga player to buy to start playing FUT, take a look at our dedicated article. 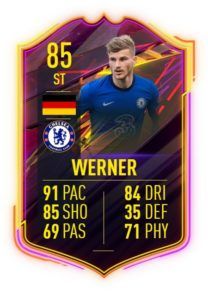 The young German forward has left Leipzig - the team that launched him in football that matters - to join Chelsea. A team that this year has decided to do things big, buying players of the caliber of Thiago Silva, Kai Havertz, Hakim Ziyech. The good Timo, however, has something more and should certainly be able to quickly fit into the offensive schemes of the Blues. Goals guaranteed. Furthermore, it has always been one of the most unbalanced cards in the game; Werner + Premier League, the perfect match! 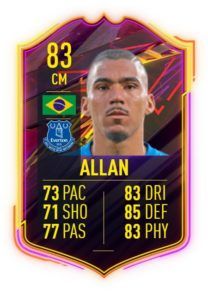 The former Napoli midfielder flew to England at the court of the good Carletto Ancelotti. He will be able to provide experience and tactical intelligence. It is probable that he can do well (considering also the results that Everton is obtaining in these first days). Go for it without thinking twice. 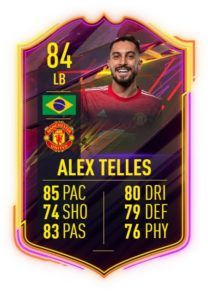 Will Brazilian left-back Alex Telles be able to solve Manchester United's defensive problems? Only time will tell. He certainly has a great responsibility, to cover the left wing. Not one of the simplest tasks, considering the many and fearsome wings present in the Premier League. It is a bet, but in our opinion it will give us a lot of satisfaction. For some advice on the best team to start with in the English league, click here. 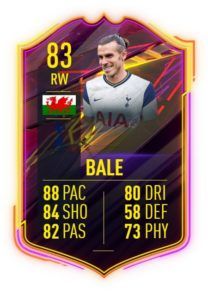 After almost seven seasons with the blancos shirt, the good Gareth Bale returns home to Tottenham, the team in which he grew up and made himself known in the eyes of the whole world. The many injuries suffered have compromised his potential but at 31, he can still have his say. He still has a great shot and if he manages to maintain sufficient fitness, he will be able to enter the TOTW several times without major problems. 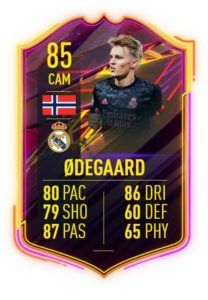 The baby phenomenon of Real Madrid has cut his teeth. At just 21 he had the opportunity to show off, first with Real at just 16 and then in Heerenveen and Vitesse in the Netherlands, then again in Liga at Real Sociedad. Now is the time for the consecration. We are sure that Zidane will be able to show him the way. A COC certainly not very fast but he has an excellent dribbling. If he explodes in Real Madrid, rest assured that his values ​​will skyrocket! 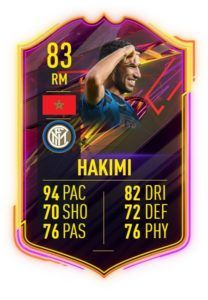 Growing up in Real Madrid, he unfortunately found little space in his role, for this reason he went to seek his fortune elsewhere, at Borussia Dortmund. Two important seasons, which earned him the court of half of Europe. It was Inter who had the best. Apparently the good Achraf has already entered the schemes of Antonio Conte. It is very capable both in the offensive and defensive phases so the chances that it can receive upgrades to the sound of performance are very high. His speed (94) and excellent dribbling (82) will be a real torment for the opponent's defenses. Imagine if they should increase over time. Here are our recommendations on which Serie A players to buy for a starting team in FIFA 21 - Ultimate Team. 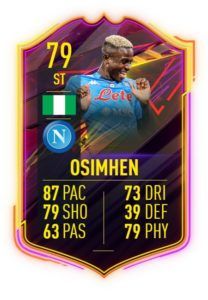 The Nigerian giant went from Lille to Napoli for a crazy amount (70 million euros). Most expensive purchase of the De Laurentis era. Everyone is expecting great things but at the moment, after two games, he has not yet scored. However, the potential is all there and we are sure it will do very well. As for his current card, his speed is not supported (at least for the moment) by great dribbling. If it gets into the league, it will become a real beast! 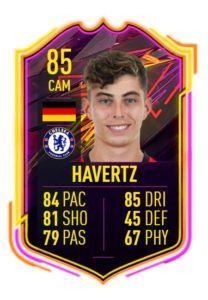 Former Bayern playmaker Leverkusen has moved to Chelsea. He has never shone in front of goal (36 goals in 122 appearances) but he is still very young, just 21 years old and has the chance of a lifetime. If he manages to get right into Frank Lampard's schemes, he will show great things, also considering that he has behind him a team characterized by names of a certain level. His stats are already super high but could increase making him one of the strongest COCs in this year's game. 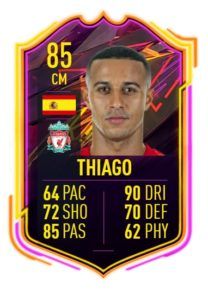 The least anticipated transfer of the season. Having won all there was to win with Bayern Munich, Thiago moved to Jürgen Klopp's Liverpool. For now no presence but as soon as he conquers his space, there will be pains for the opposing defenses. Maybe he lacks speed (only 64) but between dribbling and passing, he has all the right stats to make a difference in FUT. 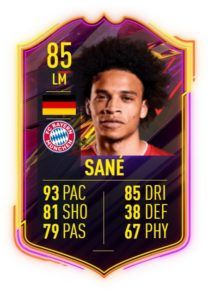 Another German star, Leroy Sane, is incredibly fast on FIFA 21. His price is certainly not cheap but we are sure he will have a great chance of joining the team of the week several times throughout the year. An investment that should pay off in the long run. 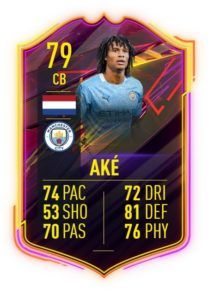 The Dutch central defender has a lot of Premier League experience and will provide coverage on the left side of the defense. It will not be easy to get high performances with the many forwards present on the BPL but we believe that at least a couple of times he should be able to get an IF card. 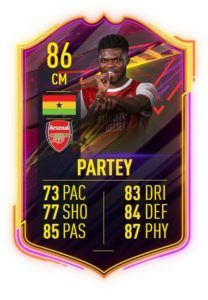 Arsenal finally got the midfielder they were looking for. The Ghanaian star Thomas Partey could, with the due differences, mind you, the legendary Patrick Vieira. It is now reaching football maturity and we are sure that this could be the year of consecration. An already very high evaluation, as it received its first IF. A start with a bang, which could even aim to exceed the 90 rating by the end of the year?

These are all the Ones to Watch (OTW) cards that we recommend you buy. They should guarantee almost safe bonuses and why not, investments (and earnings) also important as the months and the season go by!

Do you want to complete all the achievements and trophies and know all the tricks, guides and secrets for your video games? SoulTricks.com is a group of video game fans who want to share the best tricks, secrets, guides and tips. We offer the best content to be a source of useful information, so here you can find guides, tricks, secrets and tips so you can enjoy your games to the fullest. Are you ready to get all the achievements of that game that you resist so much? Enter and enjoy your favorite video game to the fullest!
Oddworld review: Soulstorm ❯

Dishonored 2, unveiled the list of trophies / achievements of the game

How to get drifted Joy-Con repaired for free

Add a comment from FIFA 21 - FUT Ultimate Team, the best Ones to Watch (OTW) to bet on