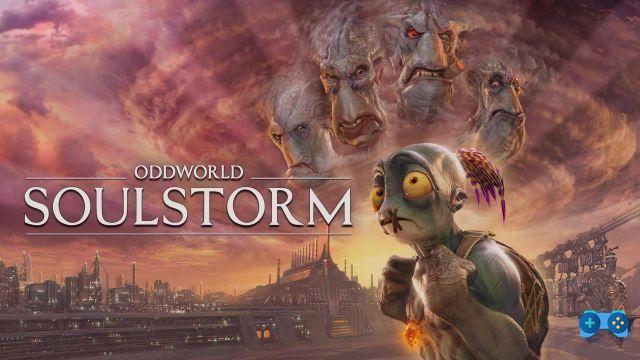 Announced in June 2020, Oddworld: Soulstorm brings the legendary and unforgettable Abe back to players' homes. We remind users that the title in question will also benefit from a retail version, ready to debut in stores starting from next 6 July, complete with special and collectible editions.

But who is Abe? We are talking about the very nice purebred alien Mudokon that the 1997 accompanied us on his incredible adventures thanks to the development team Oddworld Inhabitants, founded in 1994 da Sherry McKenna e Lorne Lanning. With this new chapter, the guys on the team have followed up on the work done with New 'n' Tasty, generating a new pentalogy that will exclusively follow the adventures of our friend Abe.

A bit of history…

The facts narrated in Oddworld: Soulstorm serve as a sequel to the events of New 'n' Tasty, when the cute blue alien managed to save his comrades Mudokon from Hernia slaughterhouses and the consequent transformation into a snack.


This new adventure immediately catapults us into a movie situation, which sees two Mudokons driving a moving train chased by drones Slig. The situation begins to heat up and the hopes of salvation for these bizarre aliens fade, as chaos embraces the moment, Abe, inside another carriage, is kidnapped by an interesting object. In the meantime that a bad end looms for the Mudokons, the game takes us back by 12 hours, and shows us the wild celebrations following the liberation from slavery imposed by Glukkon.

While hectoliters of soft drink are consumed Soulstorm, our fearless hero is warned by the group's shaman that a new threat looms. As soon as the sentence ends, the enemy sets fire to the shelter with all possible violence and forces the clumsy aliens to flee (when it is said that luck is blind, but bad luck sees very well).

At this point, the future and the freedom of the Mudokon depend again on Abe, who will lead (facing many difficulties) his people to a new salvation, deciding to attack the heart of the Glukkon power. 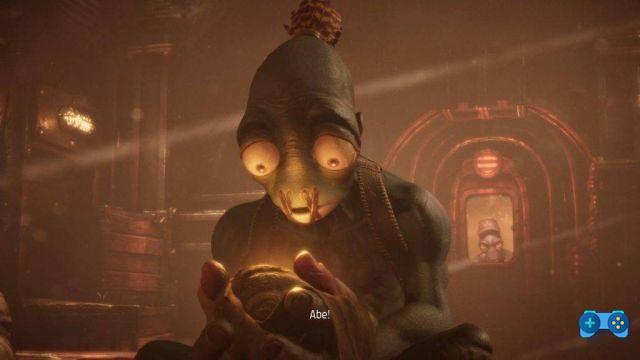 Again, your will to save all these cute aliens will not be enough to accomplish the feat. In fact, despite the different graphics, the soul of Oddworld: Soulstorm continues to be ruthless, you will have to use all your senses and your pad ability in hand to successfully (or with little loss) go through all the game sections. Obviously, also this time, you will have to accompany Abe's adventure with patience and a fair knowledge of the Saints (a calendar could be useful).


Anyone who knows the origins of the series, or has tried the New 'n' Tasty remake, is surely aware that the essence of the game is based on the trial & error, or those systems so popular in past video games that will lead you to die millions of times in the same section. We are sure that this last factor will make many happy old-style gamers.

As you advance you will realize that not all deaths directly depend on you. In fact, you will often find yourself facing commands that are still too woody and one IA victim of some inexplicable blocks.

The series has always been characterized by a certain woodiness in the controls, but we are pleased to know that in Soulstorm the guys of Oddworld Inhabitants have thought of speeding up Abe's movements by even equipping him with the double jump. Sadly, interactions with your surroundings don't seem to have received the same care, requiring players to have lightning-fast reflexes and nerves of steel. 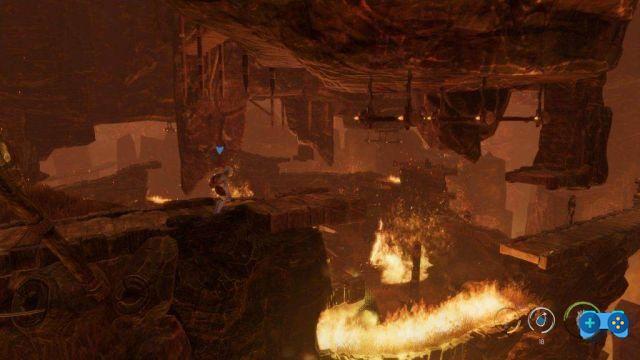 Each element described up to this point represents the particular essence of Oddworld: Soulstorm. Let's talk about a title consisting of 15 levels (plus 2 extra, if you are good enough to save all the Mudokons) and with a duration ranging from ten to fifteen hours approximately. This last factor is closely linked to your skill with the pad and the amount of hysterical pauses after your numerous deaths.


Too often games of this type once finished risk falling into oblivion, not the case with Abe's new adventure. In fact, the game world not only hosts a large amount of secret areas, but offers you the possibility of unlocking four different epilogues. All this will offer you many more hours of fun, which will greatly increase if you want to platinum the game.

Having said that, it is necessary to admit that although the level design does not shine for originality, the game dynamics work very well, so as to allow the franchise to discover the opportunities offered by larger game spaces. 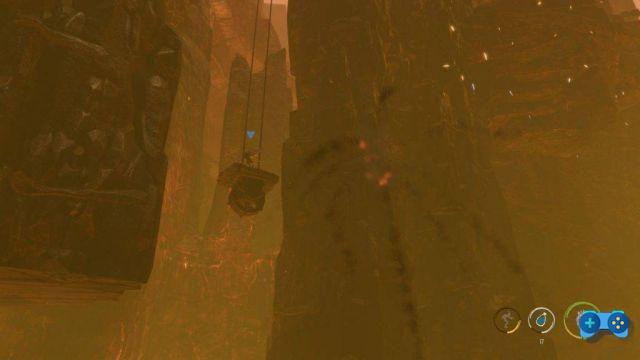 A couple of bugs to be aware of

Let's start from the fact that during our game we did not have the opportunity to find them, but the Oddworld Inhabitants team for fairness invited us to disclose them. Neither small problem will corrupt your saves, so don't worry if you run into them.

The first occurred during the team's Easter test and will lead Abe to face a fall in a loop. This happens in the case where while the jump / fall / death animation is interrupted by a “crazy” frame, the result is the blocking of the protagonist's movements. Don't be alarmed, restart the section from the last checkpoint and you won't have any further problems.

This last bug affects users PS4 / PS4 Pro, during your adventure within the tenth level of the game you may inadvertently return to the home of the console. No drama, go back into the game and you will find that you can continue exactly where you left off.

We remind you all that these are rare issues and that the development team has promised to solve them as soon as possible. So, expect a small patch soon.

Oddworld: Soulstorm presents itself to the public with really well-made and well-interpreted cutscenes, unfortunately, however, it loses a few points when it comes to playing, in fact, the graphic sector is fluctuating, we pass from the surreal charm of some areas to obvious generic and careless textures. Despite this, on PS5 the title runs at 60 frames per second (not too granitic) and offers a resolution a 1440p.

Having said that, it is necessary to remember that products of the genre focus a lot on the artistic side, and from that point of view we do not have much to say as the vision of the guys of Oddworld Inhabitants is clear and coherent and the style used for the various components of the game it's definitely convincing.

As for the sound sector, evidently few music is used in the development phase in order to highlight the most important moments of the title. The voice acting is certainly well done, even if the weird accents of these aliens are not easily understood. Rest assured though, the Spanish subtitles will help you. 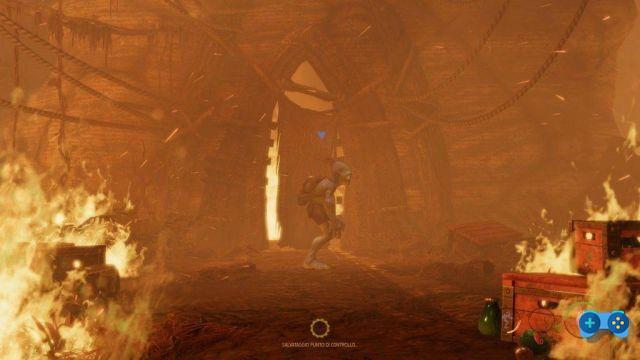 Oddworld: Soulstorm is certainly an interesting game despite some technical issues that may seem anachronistic. Obviously, old and new fans of the series will adequately appreciate this reboot, which through a non-original formula manages to offer many hours of fun. In conclusion, we are sure that you will appreciate different aspects of the title, from the narration to the high replayability. On the other hand, some players may find the trial & error experience frustrating and the technical aspect disappointing, but if you love platformers you can't miss such an interesting video game.

Review in a nutshell: Drift 21 ❯