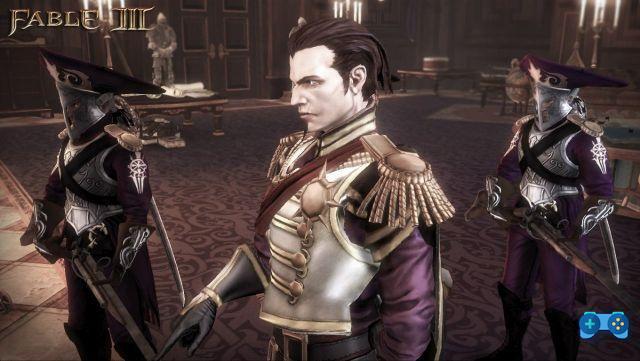 Since 2004, Peter Molyneux has been delighting gamers around the globe with his visionary and avant-garde videogame productions.

After the first Fable and its sequel we have come to the third chapter of this saga: Fable III. Find out with us if this video game completes the path taken by Lionhead Studios six years ago.

The plot that projects us into the fantastic world created by the visionary Molyneux narrates that fifty years ago Albion had to face the most serious crisis in its history. The hero who saved the green lands from destruction is now dead and his natural heir, Logan, rules the kingdom with an iron fist, oppressing the population with unfair taxes and forcing minors to work in his factories, now a symbol of industrialization that took hold in Albion. Obviously the people murmur and the word revolution has begun to make itself heard more and more among the discontented and reduced to misery. We gamers have the daunting task of leading the people to overthrow the ruthless kingdom and depose the current King Logan. 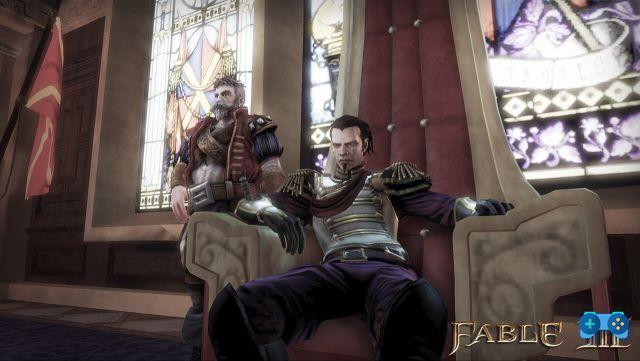 At the beginning of the game we are asked if we want to play Logan's brother or sister, respectively prince and princess. This choice is purely aesthetic and does not affect the continuation of the game. After choosing the hero, we are faced with the first problems caused by our evil brother. Forced to flee the castle, we must earn the trust of the various tribes and local populations in order to be able to assemble an army capable of leading the revolution. The first part of the game passes like this, visiting the length and breadth of the various locations of Albion to forge alliances with its inhabitants and sign agreements to be maintained once Logan is ousted and ascended to the throne. The progression of the plot is rather linear and never makes an unexpected leap towards higher peaks.

During the initial phase of the game, we are introduced to the new control and management system of our character. As in any self-respecting role-playing game, there are experience points to accumulate to advance our hero. In this context the "experience points" have been replaced by the "guild seals". The ways to obtain these seals are various: we can put an end to the enemy creatures that populate the lands of Albion, establish friendly relationships with the various non-player characters that inhabit the cities or complete the main missions that are entrusted to us. It is interesting to analyze how our character progresses with the various seals acquired during the adventure; pressing the start button we are transported to the Sanctuary, an imaginary place where our butler Jasper will guide us in the various rooms present.

Fable3_02_150_84_87 It will be possible to wear the new clothes purchased or found during the adventure, equip the new weapons or spells, open the gifts received from the inhabitants or human players, choose the active missions and activate a sort of teleportation, or fast travel, to our destination. Selecting the "Road to the Throne" you can use our Guild Seals to open the various chests scattered on the imaginary road to conquer the kingdom of Albion. This expedient allows not only to improve the characteristics of our PG, also to view the progress in the game. Each chest requires a different number of seals in order to be opened and the content is not just about the belligerent abilities of our character. We can also unlock new good or bad expressions to interact with other people, the real estate trading ability can create a small empire, new colors for clothes and hair, we can choose to increase our skill in the use of sidearms, of magic or firearms. In addition, we can increase our performance in the various jobs available in the game, to obtain many more gold coins than usual.

What stands out is undoubtedly the simplification that this character and inventory management system has undergone. Unfortunately, this desire to simplify at all costs has also been applied to the combat system, where with the X we use the white weapon, with Y the long range weapon and with B the magic. By holding down one of the keys listed above, the attack is strengthened but making us vulnerable until the end of the loading. During the clashes with the enemies it is impossible not to notice the poor AI shown by our opponents; moreover it is sufficient to press keys without thinking of a strategy to get the better of the monsters that inhabit Albion, really a shame.

As evidence of what has just been said, it is possible to finish the game without ever dying, thus unlocking the relative objective; It is rather sad to see how easy it is to get the better of the boss by doing a few somersaults to avoid his attacks and knock him down by pressing a single button on the joypad assiduously. We can therefore say that during the fights, Fable III is closer to a Hack 'n' Slash rather than a role-playing game, without engaging the end user too much.

Fable III manages to build fantastic landscapes, rich in detail and never dull or repetitive. As in the old episodes we can forge various relationships with the characters we meet, up to court and marry them. By earning citizens' trust with good deeds we will be rewarded with guild seals. So the choice is up to the player, whether to continue with the main quests or to establish relationships with the inhabitants of the various villages and thus have access to the sub-quests. Unfortunately, these side missions tend to be repetitive in the long run, asking the player to go from one predetermined point to another, retrieve an item and bring it back to the requester. A special attention goes to the economic system introduced in the game, which will have its specific weight in the final part of the adventure.

Fable3_06_150_84_87 We don't want to go too far so as not to spoil the pleasure of discovering it for yourself. If you feel abandoned, know that at any time you can count on the help of a friend both in local games and via Xbox Live. By playing online it is possible to acquire money and items otherwise impossible to find in single-player. It will therefore be necessary to exchange the various treasures with other online adventurers to complete the collection. In Fable 3 there is no shortage of collectibles: scurrilous gnomes, rare books, the weapons of the heroes, the different outfits of clothes are just some items that you can collect.

Each choice is a consequence

Towards the end of the game, we would finally complete our revolution and sit on the throne of Albion. If you think you've made it, don't fool yourself. The seer will inform us that an evil and dark force threatens the peace and security of the world. The weight of our choices will fall on us rulers, whether to keep the promises made during the first part of the game or tear them up and become the new tyrants of the kingdom. The choices available are not many and are quite clear, making the most savvy players remain with a bitter taste, not being able to decide every single detail of political life as a king.

Lights and shadows of Albion

Graphically, you can see annoying polygonal interpenetrations and graphics that are not in step with the times; indeed it seems to be facing the last generation of consoles. Fortunately, the same doesn't apply to the character animations and beautiful landscapes shaped by Lionhead Studios. Any self-respecting adventure lover will be enchanted by the various places visited, often finding themselves moving the camera to admire every single detail developed by the developers. The sound boasts a dubbing entirely in Spanish with peaks ranging from excellent to poor, unfortunately the verve of the voice actors is not always up to the situation. The music is taken from the second episode, but no less evocative. Each situation faced will have its own musical theme created for this purpose.

The irony that permeates the game will tear more than a smile, but the ease of the game will not fully engage the players. Obviously we cannot fail to mention the changes that our alter-ego will undergo based on the moral and dietary choices made along the way. The entire duration of the adventure is related according to your way of dealing with it; dedicating yourself only to the main missions in 7 - 8 hours it is possible to get to the end credits, while facing the various sub-quests the time taken to finish the game increases dramatically. Fable III is therefore a product that everyone should try. Having taken up game concepts belonging to the previous episodes of the saga makes this third chapter a "must have" for lovers of the series. The others should still try at least once to cross the green lands of Albion; but beware, after crossing the threshold that leads to the world of fairy tales, you may not want to leave it anymore.

The title is available from October 26, 2010 for Xbox 360, also in Limited Edition. A Personal Computer version is due out in early 2011.