Destiny 2: New Season of the Chosen Trailer - "Tale of the Dead Man" 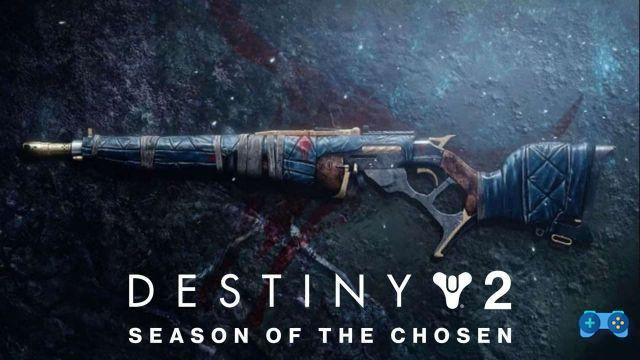 La new exotic venture di Destiny 2 is available to all owners of Season pass area of Season of the Chosen.

A strange transmission from deep space pushes you towards a dangerous track, to recover the lost repeater. Will you follow her?

With a new, high-sounding trailer, Bungie introduces The Tale of the Dead Man, new exotic enterprise which enriches the contents of the Seasonal Pass for the Season of the Chosen.

Tale of the Dead Man is also the name of the new exotic weapon made available as a reward for this feat. It is a scout rifle which deals extra damage when accurate hits are landed. The weapon is also equipped with a catalyst capable of giving, when fully upgraded, better accuracy and rate of fire without aiming. The Exotic Quest (and related reward) is only available to users who purchase the Season Pass.

Destiny 2: Season of the Chosen

La Season of the Chosen is the seasonal update currently in progress Destiny 2, that goes from 9 February to 11 May with weekly reset.

In the Season of the Chosen, while the Pyramids and Xivu Arath continue to destabilize the system, a new force emerges. Empress Caiatl, leader of the Cabal and daughter of the deposed emperor calus, seek an alliance with humanity. But when his requests are rejected by Zavala, the negotiations end and the Guardians find themselves at the tip of the spear in a conflict against his war council.

Do you want to complete all the achievements and trophies and know all the tricks, guides and secrets for your video games? SoulTricks.com is a group of video game fans who want to share the best tricks, secrets, guides and tips. We offer the best content to be a source of useful information, so here you can find guides, tricks, secrets and tips so you can enjoy your games to the fullest. Are you ready to get all the achievements of that game that you resist so much? Enter and enjoy your favorite video game to the fullest!
Ion Fury review ❯

Add a comment from Destiny 2: New Season of the Chosen Trailer - "Tale of the Dead Man"