The last year has been something of a "Renaissance" for FPS. Amid Evil and Dusk have evoked the spirit of Quake and Heretic, Bethesda has released the follow-up to Doom, Doom Eternal is crunching mind-boggling numbers, And here we are, back to yet another shooter. Or not? Ion fury was developed by Voidpoint and published by the company that created the unforgettable Duke Nukem 3D, 3D Realms, in an adapted version of the original Build Engine.

It proposes many of the characteristics that made “Il Duca” great. The arsenal of an action hero, bright and expansive environments full of enemies and secret passages hard to find. But while the nostalgia effect alone might be worth buying the ticket, Ion Fury retains some of the limitations of that era: simple and not very dynamic boss behavior, sometimes convincing storytelling, and a sense of repetition towards the end of the campaign. , whose duration is around ten hours. However, it represents a blast from the past for anyone with an affection or curiosity for 90s FPS.

Despite his deep connection with Duke Nukem, Ion Fury's tone is surprisingly different. The heroine of Supercop Shelly Hamilton (originally known as Duke's sidekick in Duke Nukem Forever) has nothing to envy to the more famous Duke. Use vulgar slogans and words, less crude than Duke's and annihilate equally serious enemies, an army of cloaked soldiers and some ghostly man-machine hybrids which are a long way from the pig cops who frequent one of the many strip clubs in town, seen in the Duke Nukem series.

“There are two ways to play a neo-retro shooter like Ion Fury. The first: holding your weapon, sprinting and jumping as if we were in a 90s action movie, taking down any threats that stand between us and the lens. The second: by meticulously analyzing every pixelated surface until we have identified all the secrets on the game map. "

Dead or alive, you will come with me!

But beware, videogame speaking Ion Fury, it seems to take more cues from Doom than from Duke Nukem. There is also a good dose of cinema that pervades the production, RoboCop over all. And it does, both in relation to the game setting, among other things one of its best aspects. Net of the pixelated verve, the scenarios are really well-finished and diversified. They develop both horizontally and vertically and can be practically explored in every corner. Often, as it should be, they overflow with enemies, ready to fight us. This forces us to move frantically, rather than finding suitable cover to respond to enemy fire. Indeed, movement is the best offense weapon; stubbornness to face the threat while remaining motionless or nearly motionless is not the best solution. Some enemies, moreover, manage with a few hits, to eliminate the armor, clearing the way to hit our vital points, leading us inexorably to death. Another aspect, reminiscent of the Bethesda series is the paraphernalia. 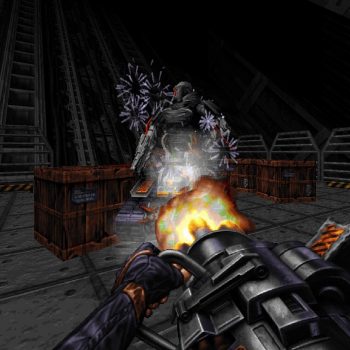 The BFG of the "poor"

Guns are a little too familiar. Given its "sci-fi" nature and its setting in the near future, Ion Fury is based on blast and explosive weapons. One of these is similar to the BFG but unlike the famous Slayer weapon, it fires explosive discs that explode in a large cloud of cluster bombs. And there is Bowling Bomb, a grenade that sneaks up on enemies when loaded, playful and friendly, but so devastating that it eliminates any threat if hit by the blast radius. It's nice to open a door and blow up an entire room with one of these throwing items, but you can find even weirder and more peculiar weapons.

Weapons individually are overwhelming but work quite well when used in combos. Like most FPS from the 90s, Ion Fury is at its best when we're in danger and need a sudden, lymphatic way out, spinning the weapon wheel, between five or six guns while forced. to squat, or to move in circles, running out of ammunition and desperately searching for a medical kit. Headshots are a welcome modern detail, and the feeling of melting the enemy with a single gunshot never gets old - quite the opposite.

Better take a look at the ceiling

Ion Fury's enemies are often waiting to ambush around corners, and they fight pretty well. THE cyborg skulls with spider legs they hang from the ceiling ready to jump on us if we don't look up promptly. Monstrous jetpacks without legs they launch against us firing micro rockets. It is essential to choose a difficulty level that suits our play style, as it is not possible to change this setting during the campaign (although the seven chapters of Ion Fury can be played individually).

As regards the boss of Ion Fury are less memorable. They definitely focus on nostalgia, through their simple and usable scripts. In any case, to be defeated, they require little effort, it is necessary, for the most part, to empty the magazines of every weapon we have available, and that's it. In others, we will be forced to stop and unload eight / nine grenades in a cybernetic monster, using the stairs or elevated places. The reluctance of 3D Realms to take advantage of more modern and functional mechanics during the boss fights, is felt and we must say that it penalizes Ion Fury a lot and the overall final judgment. 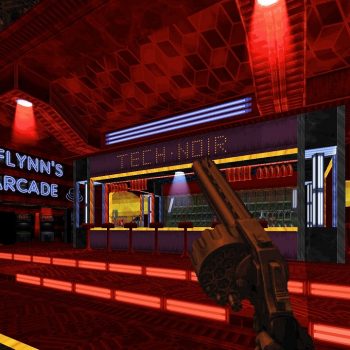 The colors of the past

Developer Voidpoint's love for the genre is tangible in the levels of Ion Fury. We loved the color palette, the bluish gray textures and sprites that accompanied us between slightly futuristic streets and underground labs, walls that are chock full of various references to Doom, Duke Nukem, Half-Life and other games of the era.

True to its retro inspiration, Ion Fury relies almost entirely on colorful security keycards to unlock doors and progress through the levels. And to be honest, there is a strong similarity here with Duke Nukem, considering also that the other way you can open doors in Ion Fury is with explosions (these are so frequent that they eventually lead Shelly to observe almost exasperated that every time she presses a button, something explodes). These paths are elegantly laid out and each level creates fun and clever backtracking.

It is worth noting that the backbone of the Ion Fury's graphics engine is still that of Duke Nukem and does not have any glitches. The game performed excellently on PS4 Pro. The sound is old style and will easily stick to your synapses. Dubbing, another really convincing element, is pleasant to the hearing. This was possible thanks to the skill of the actress Valerie Michelle Arem and Jon St. John who gave the voice to the main villain, Dr. Jadus Heskel, for those who do not know him, the good Jon is the voice actor of the Duke in Duke Nukem.

Even alongside other recent and excellent retro FPSs, Ion Fury reminds us just how much this genre has to offer. It doesn't matter that it's still based on old-fashioned, pixelated, cubed graphics, call it whatever you like. Ion Fury is definitely the best thing that has ever happened in the Build Engine, and although the limitations of enemy and weapon design are quite evident, the quick movements and elegant maps make Ion Fury a worthy indulgence of the past but with an eye towards the future. 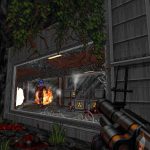 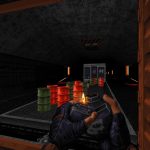 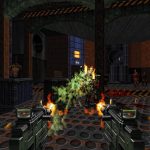 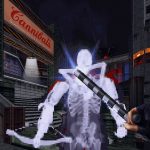 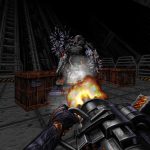 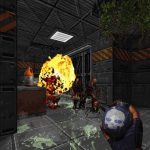 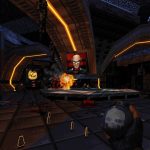 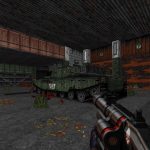 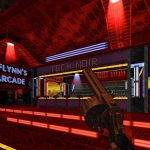 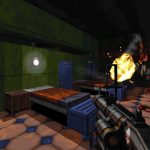