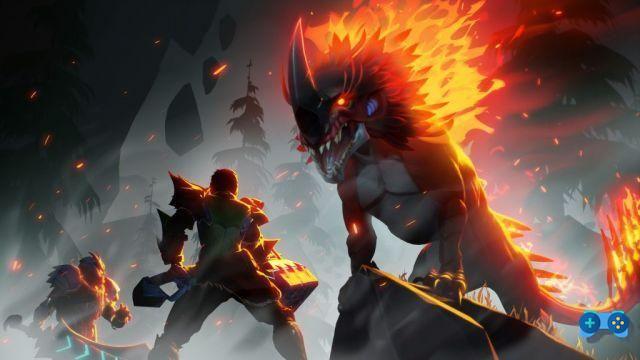 Dauntless is a free-to-play third-person RPG developed by Phoenix Labs and published by Epic Games. The game was first made available as a Beta on PC, later it became available on PS4 and Xbox One as well, including full support for cross-platform play.

The game is set in a fantasy world, destroyed by a cataclysm, which allowed monstrous creatures, called Behemots, to roam and destroy the human race.

Players will take on the role of some hunters or Slayers, who through loot and crafting will be able to upgrade their equipment in order to eliminate as many Behemots as possible.

The Phoenix Labs kids' title can be played in both single and co-op, with up to four hunters.

All you need to know before going hunting ...

Dauntless will immediately launch you in the middle of the action, in fact the game will immediately put you against a Behemoth, kill him before he does and collect everything you can from his carcass.

If you are a lover of the Monster Hunter saga you will already be familiar with these mechanics, to those who have never played it, let's say rest assured, in fact this free-to-play is not as complex as the Capcom title.


After the short tutorial, you will be taken to Ramsgate, a small town full of people who want to talk to you. Follow the compass (at the top of the screen) and chat with everyone who has a golden icon above their head. You will find that after a while you will be full of quests. 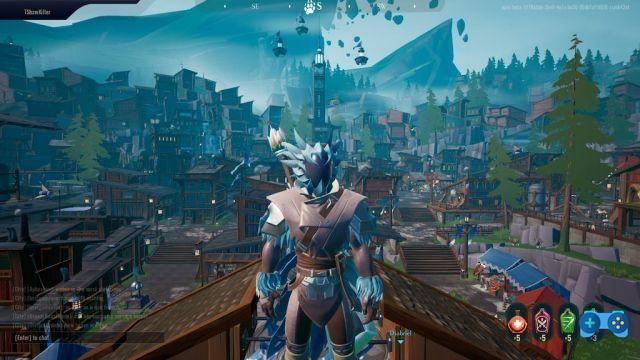 Somewhere, something incredible is waiting to be known

You have arrived in Ramsgate and you are full of quests to complete, but where to start?

We can happily tell you that Dauntless allows you to successfully complete multiple quests at a time. In fact, if you have to complete three patrol missions and kill a Fire Behemoth, just look for a fire patrol. The game menu will also tell you how many quests you can complete by fighting a certain monster.

Dauntless has six different weapon types, almost all of which are available after the tutorial. After killing the first monster, you will get trial versions of all (or most) of the weapons.

Before you rush to upgrade them and spend your hard-earned cash, try to test all the weapons and see which one suits you best. As each of them has a unique style. For example, swords and axes are useful for cutting the tails of Behemoths, while hammers are perfect for stunning them.

If you are still undecided on which weapon to use? We advise you to open the menu and check the move list, it will tell you everything you need. We also recommend doing individual hunts to try each of them, so that you get to know them as soon as possible. 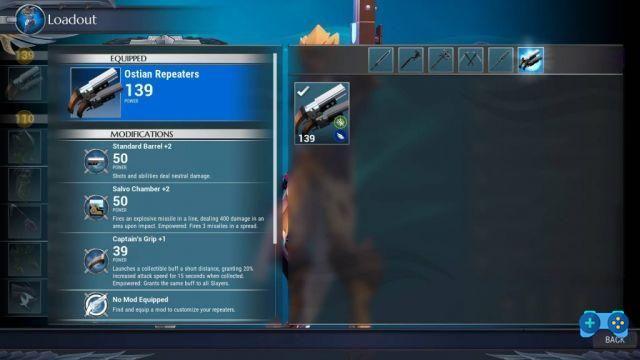 At the end of each hunt, you will be given a grade for your performance. At the moment it appears to be based on how much damage you have dealt to the Behemoth and how many times you have died while hunting. If you are in trouble, choose a Private Hunt.

Going alone will give you a lot of freedom, but also a lot of responsibility. You will have to find the Behemoth and kill it, also keep in mind that the monster's attention will be on you for the entire duration of the fight, making a false step will make you easy targets.

Playing solo is difficult, but it's a great way to improve, especially if you're letting your team down.

The famous phase of Muhammad Ali is the mantra of Dauntless, in fact only by staying alive can you kill the various Behemoths and get rewards.

So if you think you are going to get hit, dodge by doing this, many of the enemy attacks will fail. After properly dodging, you will have to attack, but to do this you will need to know your weapons, it is not a wise choice to hit with axes or hammers, your attack will be too slow and with little chance of hitting.

Failing a hunt in Dauntless is not that simple, in fact the danger indicator at the top right will show you when your companion needs to be resurrected. Players who have reached 100% Danger will not be able to bring other teammates back to life. If all players die with this marker, the hunt ends.

The only way to lower the danger level is to kill the Behemoth or damage it enough to force it to surrender. 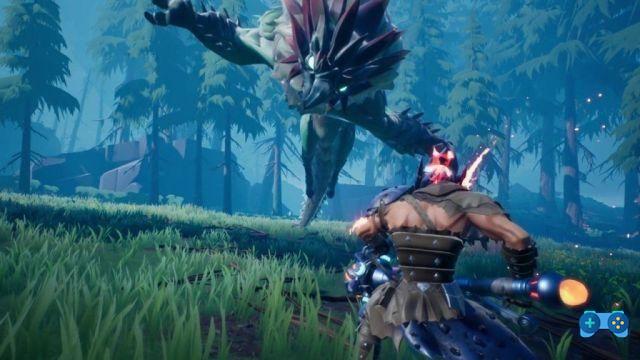 Playing Dauntless, you will encounter five different types of elements: Shock (Electric), Blaze (Fire), Frost (Ice), Earth (need we say?) And Neutral. Each of these offers an advantage towards some Behemoths and a disadvantage towards others, the same goes for the armor, that's why we recommend doing like Switzerland, be neutral.

At the beginning of the game you will not have enough Behemoth parts or other currency and equipping yourself with different types of weapons and / or armor is not at all easy. So "grind" as many parts as possible, once you get to level 10 and have collected enough material, you can start diversifying your armaments.

We hope this guide has been useful to you, more will be coming soon.

Let us know what you think of Dauntless and join our Facebook Group dedicated to the game, we are waiting for you!

Do you want to complete all the achievements and trophies and know all the tricks, guides and secrets for your video games? SoulTricks.com is a group of video game fans who want to share the best tricks, secrets, guides and tips. We offer the best content to be a source of useful information, so here you can find guides, tricks, secrets and tips so you can enjoy your games to the fullest. Are you ready to get all the achievements of that game that you resist so much? Enter and enjoy your favorite video game to the fullest!
Final Fantasy XV: Pocket Edition HD appears on the PS Store ❯

DOOM Eternal: Guide to the cheats and codes of the game

Person 5: guide to getting started