Finally available in stores the highly anticipated fifth chapter of the Call of Duty saga, World at War which this year thanks to the return of the Treyarc team, returns to talk about World War II by moving the battlefield as well as of course on the European front also on the eastern front. 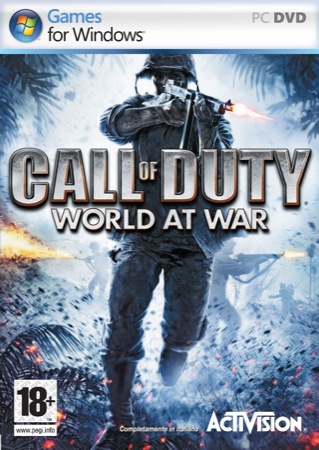 The full review of the game is coming soon.

Below is the press release with which Activision announced its availability:
Get ready to head to the store closest to you now that Activision Publishing, Inc. and developer Treyarch have announced the release of Call of Duty: World at War today. Call of Duty: World at War takes players to the rawest World War II ever - from taking on Banzai charges and guerrillas of the Imperial Japanese Army in the Pacific - to carrying out the ruthless Russian revenge in pushing the German invader back to at the gates of Berlin metro after metro. In addition to the introduction of 4-player co-op play mode for the first time in franchise history, Call of Duty: World at War offers a multitude of new enemies, tactics and a wide assortment of weapons, such as the flamethrower. . 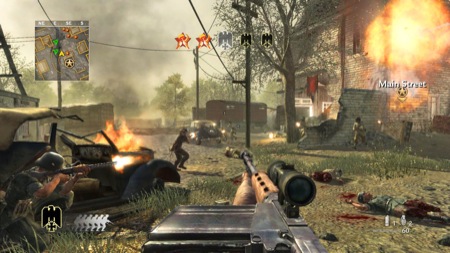 “Our goal from day one has been to make sure Call of Duty: World at War redefines players' expectations of World War II in the first-person action category,” says Treyarch studio head Mark Lamia. "From co-op to multiplayer, combining vehicle and team combat, coupled with a huge variety of new weapons, environments and enemies, we've worked hard to deliver the best possible gameplay experience." 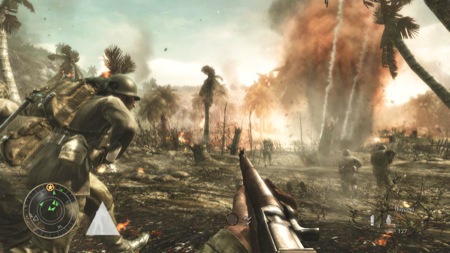 For the first time in the history of the franchise, Call of Duty: World at War introduces the co-op mode, giving a new meaning to the saying “No One Fights Alone”. The cooperative mode of Call of Duty: World at War provides up to 4 players online, or two players in local split screen, allowing you to experience almost all single-player missions, generating strong camaraderie and better tactical execution. The title also includes traditional multiplayer components in the co-op campaign such as challenges, rankings and online statistics for deep replayability and advanced gameplay.


Following the US Marines as they campaign on the Pacific, Call of Duty: World at War shows a side of World War II never seen before.
Players will find themselves wading swamps, facing invasions on the beaches and entering tropical forests as they take on the Japanese Army. The European front will instead be characterized by bloody battles that will see the advance of the Red Army in the heart of Berlin. 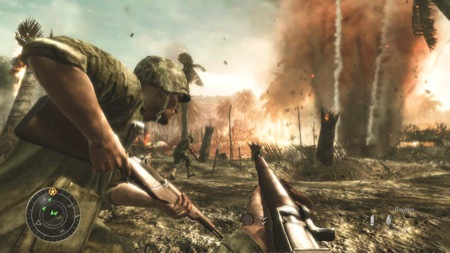 Multiplayer offers team interaction by improving the Party System through the ability to create restricted games and other options. Combined infantry and vehicle missions add a new dimension to online warfare. Players can also unlock a dozen new Perks by participating in epic battles from vast fields across European territories to the innermost areas of a Japanese castle.

Do you want to complete all the achievements and trophies and know all the tricks, guides and secrets for your video games? SoulTricks.com is a group of video game fans who want to share the best tricks, secrets, guides and tips. We offer the best content to be a source of useful information, so here you can find guides, tricks, secrets and tips so you can enjoy your games to the fullest. Are you ready to get all the achievements of that game that you resist so much? Enter and enjoy your favorite video game to the fullest!
How beautiful it is to make love, official trailer of the film by Fausto Brizzi ❯

Rock Band 4, officially announced for PS4 and XBOX One

Mafia 3 Definitive Edition, the official trailer has appeared on the net

WWE 2K22 is shown in the first teaser trailer

Add a comment from Call of Duty 5: World at war finally available