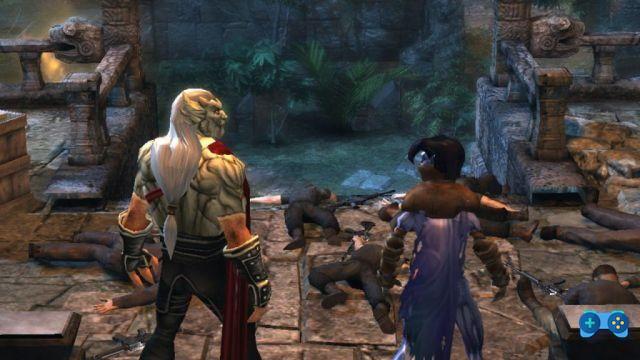 Twilight fan? Go home ... here we talk about Vampires, the real ones

Legacy of Kain is a historical saga, indeed a legendary one. The five titles that make up the series were produced by an equally important software house: Eidos Interactive, which during the videogame eras brought us titles of the caliber of Tomb Raider, Hitman, Deus Ex, Thief and many others. Then we all know how it ended, in 2011 Eidos became a studio of another software house (Square Enix).

Today, however, we will talk about the first two titles, Blood Omen and Blood Omen 2. Following the false line of what has been done with the Kingdom Hearts series. In this case, however, we will leave the choice to you, today's poll on our Facebook page will ask you if you want to know fully the adventures of Kain and Raziel.

The game is set in the land of Nosgoth. The nature of the latter is particular, in fact it is protected by a spell deriving from a monument, better known as "The Pillars".

The events follow in the footsteps of Kain, a noble who is traveling to Nosgoth, but before arriving in that particular land, he goes to the village of Ziegsurhl (don't ask me how I managed to write it).


The nobleman is looking for a place to sleep, unfortunately for him the inn is fully booked. As he exits, Kain is attacked by a group of bandits who manage to stab him with a sword and kill him. Yes, the protagonist dies at the beginning, even before Eddard Stark (excuse the OT).

Kain, however, wakes up in a strange place, almost similar to the Kingdom of Dreams, still pierced by the sword that killed him. Here he meets Mortanius (Guardian of Death) who grants the nobleman the power to resurrect and take revenge, Kain does not have this offer repeated twice and accepts.

The man finds himself inside the family mausoleum and immediately goes in search of his killers, whom he finds quite easily, paying them back with the same coin.

However, Kain discovers some changes in his nature, in fact water becomes off-limits, like sunlight itself, all combined with his tremendous thirst for blood.

The vampire Kain has satisfied his desire for revenge, however, so he believes that his journey has come to an end. However, Mortanius himself intervenes, explaining to him that those delinquents were an infinitesimal part of a greater evil, caused by the Nine Sorcerers who control "The Pillars".

The Guardian of Death explains to Kain that in order to regain his human form, he had to restore the balance of the Pillars, to do so he had to destroy the Nine Sorcerers associated with them.

This is the beginning of the splendid story of an equally superb game. 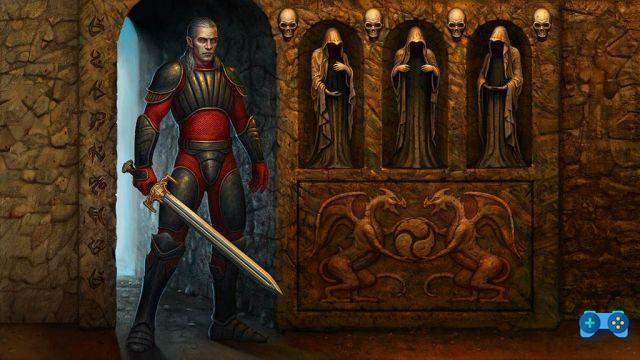 Blood Omen 2 "... the noble Kain met a new enemy on his march of conquest"

The story picks up from the end of the first Blood Omen and brings us back to take on the role of the vampire Kain, who is now determined to bring the lands of Nosgoth to eternal damnation.

The vampire puts himself at the head of his kind and even resurrects Vorador the legendary vampire mentioned in the first chapter.

As Kain travels with his vampire army, he is stopped by the armies of men, led by Sarafan, one of the strongest vampire hunters. The latter after a violent battle manages to injure the vampire, who hides underground to avoid death.


Kain, however, wakes up almost a century later and discovers that in addition to having lost most of his powers, the vampire faction has been exterminated by the Knights of Sarafan.

The man, however, is determined to regain his place in the world and remedy the shame suffered. He then prepares to recover his ancient powers, killing many of his former officers, who in the meantime have passed through the enemy ranks.

Once his quest for power is complete, Kain discovers the truth, the Lord of Sarafan, is revealed to be the Dark Hylden, already defeated by the vampire in the previous episode.

Kain follows the Dark Hylden up to a strange dimension, where the latter will find (final) death, allowing the vampire to recover the Soul Reaver Sword and return to the place of Lord Absolute of the lands of Nosgoth, events that will lead us the story of Raziel in Legacy of Kain: Soul Reaver. 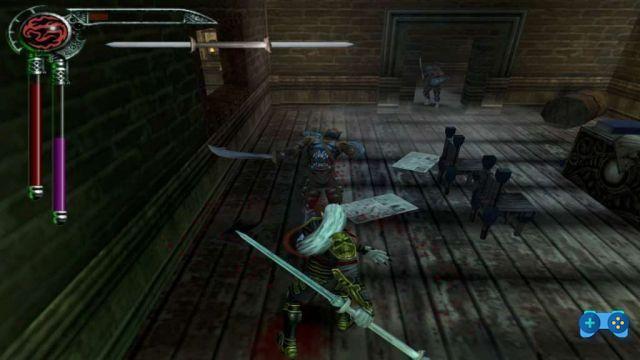 The first title (Blood Omen) is presented in 2D with a camera from above, this sequel instead uses the typical mechanics of the time, such as the third-person view and a series of indispensable movements in the games, such as: running, jumping, interaction with some environmental elements.

Also present in both titles are a series of special abilities that make the vampire protagonist's attacks literally lethal. Nutrition is also of fundamental importance, a vampire needs blood to survive and our protagonist, unlike Johnatan Reid from Vampyr, has no particular scruples in absorbing every single drop of the delicate red nectar.

The Legacy of Kain series uses the vampire as seen in other titles, but everything is enriched by a plot full of twists and an unprecedented longevity.

The fact that sequels were no longer produced left many fans in suspense. Since February 5, 2013, there is the warfornosgoth.com domain, still belonging to Square Enix itself, are there any plans for the near future? As a gamer, I really hope so.

Do you want to complete all the achievements and trophies and know all the tricks, guides and secrets for your video games? SoulTricks.com is a group of video game fans who want to share the best tricks, secrets, guides and tips. We offer the best content to be a source of useful information, so here you can find guides, tricks, secrets and tips so you can enjoy your games to the fullest. Are you ready to get all the achievements of that game that you resist so much? Enter and enjoy your favorite video game to the fullest!
Destiny 2: New Season of the Chosen Trailer - "Tale of the Dead Man" ❯

Gotham Knights postponed to next year

Add a comment from Back 2 The Past - today we talk about Blood Omen: Legacy of Kain 1 and 2