Assassin's Creed Origins guide, tips and tricks to get you off to a great start 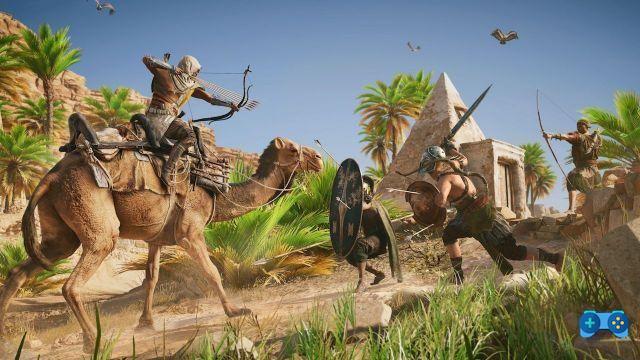 Assassin's Creed Origins is a fascinating, huge open world. With a sufficiently long and interesting history, numerous side quests and varied, and a new game system to become familiar with, there is really a lot of meat on the fire for both fans and newcomers.

With all the things one has to learn, often in such a short time, it's easy to miss something on the way - but there we are, with our guide dedicated to those who have to start the adventure, to give me a hand.

We curated this article by putting together the information we found relevant, mechanics and tips that must be made their own during the first hours of the game. Ready to start? We must hurry, the sand of Egypt is hot.

Be careful with the enemies

Assassin's Creed Origins it's not like the previous chapters of the series, where it was enough to throw yourself on an entire battalion of enemies to take them out easily (and quickly) one by one. Now the enemies have a level, just like you: the higher it is, the harder it will be to knock them down, because they will be equipped with a certain type of equipment and skills. If you end up surrounded, it will take a moment to be eliminated if you are poorly equipped (or at a still low level).


When exploring the game world, therefore, pay attention to the position and level of the opponents. The approach must be very meticulous, and it is preferable to take out the weaker ones first. Either way, always try to opt for stealth mechanics instead of crashing into a camp with your face uncovered. Now Assassin's Creed should be played more calmly. After all, you are Assassins, discretion is the watchword!

Side missions are essential

Continuing in the course of the adventure, it will be tempting to simply devote yourself to the main plot. After all, the events of Bayek are very interesting. Okay, we can understand that. But it's not that simple, in fact. We already have you 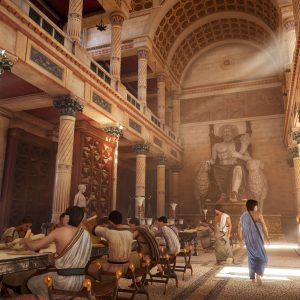 said that both you and the enemies can level up, and the level also indicates the difficulty of game missions, both main and secondary. Now, most of the time you won't be able to get into the plot right away, simply because if you see that the next quest requires level 12 and you are at level 6, the first two enemies you encounter will die.

Here, then, the secondary missions make sense in the Assassin's Creed universe. At the end of each of them you will earn a good number of experience points, fortifying yourself and improving your health. So complete as many side missions as possible, so that you can then dedicate yourself to the quests of the main plot. And in any case, even if you were real pros and managed to continue without dedicating yourself to the secondary missions, you would miss many goodies, characters and beautiful places in the game world of ancient Egypt.


Attack the camps at night

Are you encountering more than a few headaches when you enter the camps? Can't manage all the enemies on screen? So attack them at night. Most of the guards will indeed stand sleeping, and there will be just the usual sentries on lookout, easily eliminated with stealth assassinations.

Of course we know how boring it is to stand still in the daytime in front of a camp hoping for night to fall as soon as possible. But here's the beauty: for as little as the cost of a skill point you can buy Bayek's skill that allows you to wait a certain number of hours within the title. In this way you will bring down the night in a few seconds, "skipping" the rest of the day.

Take advantage of the Ultra Attack

You may be inclined to take on a fight using only brute strength, skills and reflexes, but know that every single attack of the fight will load your adrenaline bar. The latter serves to release a very powerful move called Ultra Attack, using the combined press of R1 and R2 on the PlayStation 4.

Depending on the weapon you are using, the Ultra Attack will allow you to perform a devastating attack or to obtain a (temporary) buff useful to bring the outcome 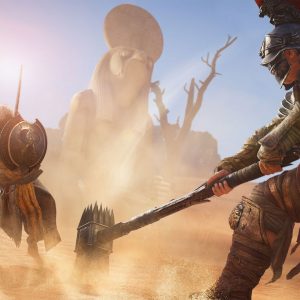 of the fight in your favor.


Be wary of using the Ultra Attack: it's not worth releasing it for just any opponent, don't you think? Much better to keep it aside for the enemy with the highest level in the field, the only one who could seriously cause us some problems. The effectiveness of the Ultra Attack can also be enhanced by purchasing special skills in Bayek's skill tree.

Take advantage of the Guaranteed Damage

When you aim your bow at an enemy, or sneak up on them, you will notice a red marker taking place within their health bar. It is there to signal you the amount of damage you are about to inflict with a direct attack on the enemy, it is the indicator of a Guaranteed Damage.

You can use it tactically to your advantage: is it worth attacking an opponent in a group with an arrow, if that arrow still fails to kill him in one shot? The course of action requires you to pay attention to this gameplay aspect of Assassin's Creed Origins as well.

This eagle will probably be your best friend throughout the course of the adventure. An extremely precious tool from many points of view, Senu is able to help you in the course of infiltration, combat, in the hunt for certain objectives on the game map. He can tell you about the presence of guards and record them on the game map, and if you acquire the relative skill, it will also be able to distract enemies and assist you in combat. For any point of interest in Assassin's Creed Origins, Senu is for you. 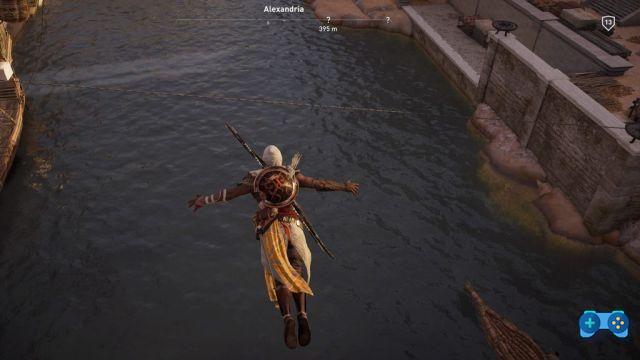 Senu is not only useful for the aspects we have just told you about (although they are not few). The eagle will also allow you to locate on the map of the region where you are the source of raw materials, such as animals to hunt. These materials will reveal themselves fundamental for crafting of your equipment, starting from the appropriate page of the game menu relating to your inventory.

Whenever you enter a new region, use Senu to locate targets, hunt them, and obtain new resources. Now check how much material you need for upgrade or craft certain pieces of equipment of Bayek, and proceed. You will thus always be ready to become stronger and defend yourself from enemies.

The introduction of crafting goes hand in hand with that of the loot. Just like in a real self-respecting RPG, on the ground you can collect everything and more: weapons, money, raw materials. Well, collect everything, everything that comes within range.

Investigate the interior of an apparently uninhabited house, check that the eliminated guards were not carrying anything, look for chests, open drawers. And if you just can't remember to do it, at least there is a skill unlockable that will collect for you all the material that the guards you just eliminated carried with them. The elite Greek ones usually carry precious ceramic pieces with them.

As soon as you enter a new area of ​​the game world, you unlock all of its fast travel points. In this way you will make the movements faster, of course. But not only that, for each point of interest you will earn 100 experience points (or more), and you will also increase Senu's perception skills.

Do you want to complete all the achievements and trophies and know all the tricks, guides and secrets for your video games? SoulTricks.com is a group of video game fans who want to share the best tricks, secrets, guides and tips. We offer the best content to be a source of useful information, so here you can find guides, tricks, secrets and tips so you can enjoy your games to the fullest. Are you ready to get all the achievements of that game that you resist so much? Enter and enjoy your favorite video game to the fullest!
Saints Row The Third Remastered review ❯

FIFA 21 - FUT Ultimate Team, how to recognize a Walkout

Apex Legends, the tricks to become the best

The Evil Within, guide to trophies and achievements

Person 5: guide to getting started

Add a comment from Assassin's Creed Origins guide, tips and tricks to get you off to a great start