After nine very long years, Deep Silver is relaunching its flagship title, Saints Row The Third, in a remastered version, with almost all additional content and a brand new technical department. Will she be able to break through our hearts again?

When Saints Row The Third saw the light nine years ago, the challenge to which Deep Silver Volition was called was very ambitious. In fact, the series absolutely had to shake off the burden of being the messy version of Grand Theft Auto. Obviously the parallels are not lacking; however, the guys of Deep Silver have managed to give their own mark to a title that, to be honest, the almost ten years of career carries them on their shoulders more than well, thanks also to the excellent work done by this Remastered. 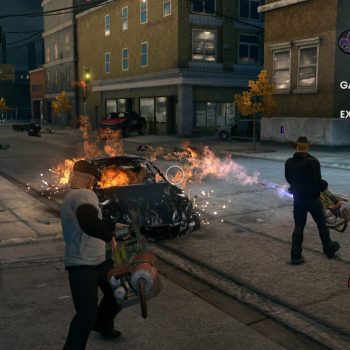 The city of Steelport.

After leaving the boys of the Third Street Saints at the end of the second chapter as rulers of the Stillwater crime scene, we find them grappling with what they do best and has allowed them to climb the ranks: stealing. In fact, Johnny Gat and company are robbing the most important skyscraper in the city when they try in vain to escape from a police ambush and are arrested.


Fortunately for them, their freedom is paid for by a rich and mysterious gentleman, Philippe Loren. And it is he who declared himself to our group as the head of the Syndicate criminal consortium. And at the same time we will fill the private jet on which he had brought us with lead and fire after his request for 90% on all the robberies carried out by the Third Street Saints.

Our boys will land in the cheerful metropolis of Steelport, intent on killing the head of this new rival organization. And in the meantime, why not, to climb the criminal hierarchy in the new city. 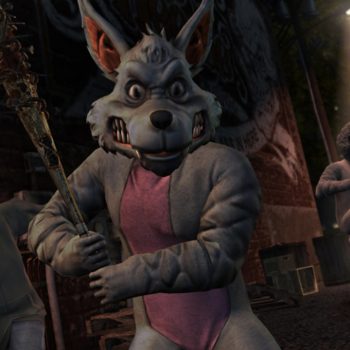 Among the various activities that the city of Steelport offers us, those related to side missions are iconic. Clashes between gangs, criminal activities and entrepreneurship will make our days the daily bread. Certainly, these missions offer us an excellent diversion from the main missions that will move our story towards the much desired revenge.


These missions also offer a good degree of challenge, making their completion truly rewarding. Then, buying the properties scattered around the city will allow us to obtain an income of money that - accounts in hand - will be really useful in the long run. The progression in levels and skills, however, is the real focal point of these activities: thanks to the degree of Respect, our alter ego will gradually become more and more tough and strong.

These bonuses range from classic health and stamina boosts to truly drastic boosts for our new criminal gang. Another point in favor is represented by the weapons park: although it is not excellent in terms of variety, the weapons present are quite satisfactory and will allow the alter ego to sow death and destruction for Steelport with always that ironic vein that characterizes the title.

With the increase in Respect, then, we will be able to increase the transportable ammunition and / or wield two weapons at the same time. Although the aiming system is very and at times too crude, these dynamics certainly make it overshadow, and succeed in the fragile intent of not colliding the ironic vein of the title and in any case its videogame structure.

In addition, it will be possible to steal all vehicles in the game. This mechanics is well expanded thanks to the possibility of completely and beautifully customizing the cars. From a sober and tasteless citizen car we can get a glitzy souped-up car, and so on. 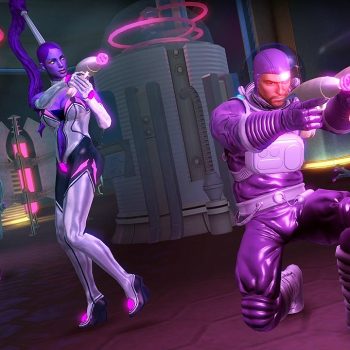 In Sants Row The Third Remastered the renovation work can be seen and is more than evident, so much so that at first glance, more than a remaster, it looks like a remake. The new engine offers crazy lighting, much more complex than the originals. As a result, the city of Steelport seems to have a lot more personality of its own than in the past.

Not only; the management of reflections, combined with depth of field and motion blur, makes the city full of glimpses and places that amaze the eyes. The base of the last generation of the title - at times - seems to have been removed. The number of characters and vehicles on the screen has also increased significantly, and Steelport, in this way, seems much more alive and above all true.

To complete this mammoth work is the revision work carried out also and above all on the polygonal models - of people, objects, vehicles and the environment - of the title. Saints Row The Third Remastered looks, for all intents and purposes, a new title, with a new identity.

Furthermore, last but not least, the character editor presents a truly impressive variety, allowing you to choose from so many solutions and settings that, for lovers of the function, it will be just a pleasure to spend time over it to be able to reproduce the character. perfect.

Saints Row The Third Remastered is available for purchase on the Epic Games Launcher. 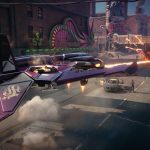 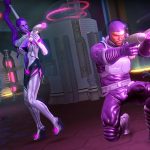 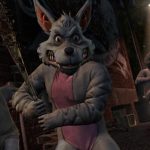 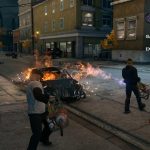 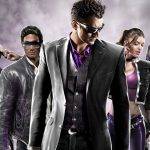 Do you want to complete all the achievements and trophies and know all the tricks, guides and secrets for your video games? SoulTricks.com is a group of video game fans who want to share the best tricks, secrets, guides and tips. We offer the best content to be a source of useful information, so here you can find guides, tricks, secrets and tips so you can enjoy your games to the fullest. Are you ready to get all the achievements of that game that you resist so much? Enter and enjoy your favorite video game to the fullest!
Star Wars: Knights of the Old Republic, the remake is in development ❯

Add a comment from Saints Row The Third Remastered review